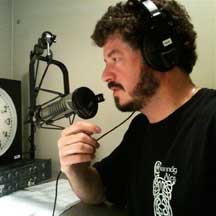 Bill C-300, An Act respecting Corporate Accountability for Mining, Oil and Gas Corporations in Developing Countries, also known as the Responsible Mining Bill, has concluded hearings before the Standing Committee on Foreign Affairs and International Development. The Bill goes back to the House of Commons for a final vote (third reading) in the Fall.

Twenty-six witnesses presented in favour of the Bill. The witnesses included: academic legal experts, such as Richard Janda, Penelope Simons and Audrey Macklin; organizations that are part of the Canadian Network on Corporate Accountability such as Halifax Initiative, Kairos, Amnesty International, the North-South Institute, L’Entraide Missionaire, Development and Peace, MiningWatch Canada, and the United Steelworkers; human rights experts from Rights and Democracy, the International Human Rights Clinic at Harvard Law School, New York University’s Center for Human Rights and Global Justice, and Human Rights Watch; and financial transparency experts such as Revenue Watch, among others! You can listen to the testimony or to read transcripts on the Committee’s web page.

In the course of these testimonies human rights and environmental concerns were raised regarding the activities of large-scale (Barrick, Goldcorp) as well as medium and small scale Canadian mining companies (Corriente, Pacific Rim, and Nautilus, among others) operating in Africa, Latin America and the Asia-Pacific region. The media coverage of the issues raised during testimony has been very good and has raised the profile of the concerns considerably.

Industry response to Bill C-300 has been unlike anything we have seen to date. The Prospectors and Developers Association of Canada in particular dedicated part of its annual convention to opposition to the Bill, created anti-Bill-300 buttons and posters, as well as a dedicated web site. The industry lobby against the bill has also been fierce.

So…we need the support of all Canadians who support greater accountability in Canada for the activities of our mining companies overseas to show their support for this Bill this summer! Let your Member of Parliament know you support this bill! You can do that in writing or in person. Background information on the bill, as well as urgent action information is available on our web site. Thanks for your support for this Bill!