Argentine Prosecutor Gustavo Gómez on the Prosecution of Environmental Crimes

Antonio Gustavo Gómez is the General Prosecutor in Argentina’s Federal Court of Appeal for the province of Tucumán. He specializes in the investigation of environmental crimes.

It is important to understand that – unlike the Canadian common law system in which the Department of Justice is under the executive branch of government – in Argentina, there are four branches of government: executive, legislative, the “public ministry” (administrative) and the judiciary, in which the latter is independent from the other branches. This means – at least in theory – that public prosecutors in that country have greater independence than in nations that adhere to common law.

During his more than twenty-year career, Mr. Gómez has conducted investigations into approximately eighty cases, including against “Bajo de la Alumbrera”, a gold and copper mine operated by Minera Alumbrera Limited (MAL), which is jointly owned by Vancouver-based Goldcorp Inc, Toronto-based Yamana Gold and UK-Swiss Xstrata. Located in northwestern Argentina, Alumbrera was the country’s first large scale mining development.

Mr. Gómez is well-known in his country and abroad for his passionate campaign to stop environmental crimes. Mining companies are some of the worst offenders.

In early 2011, Mr. Gómez visited Canada. MiningWatch Canada hosted him while he was in Ottawa, and Latin America Program Coordinator Jen Moore interviewed him about the extractive industry and its impact on Argentina.

We have produced five videos from that conversation, in Spanish with English subtitles. 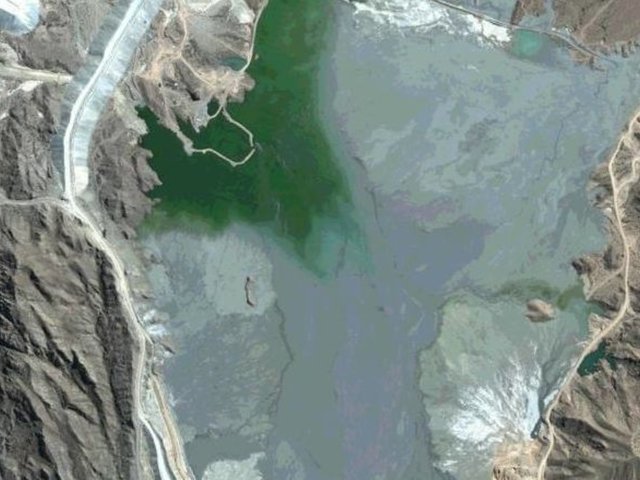 Mr. Gómez describes what he calls the cycle of corruption (círculo cerrado): companies are allowed to operate without adequate regard for the environment and subsequently use their enormous profits to ensure ever-increasing impunity. Mr. Gómez firmly believes that his office is best employed in prosecuting company directors as the intellectual authors of environmental crimes – feasible under Argentinean law, but difficult to do even under relatively progressive governments.

The Alumbrera Mine - A Case in Point 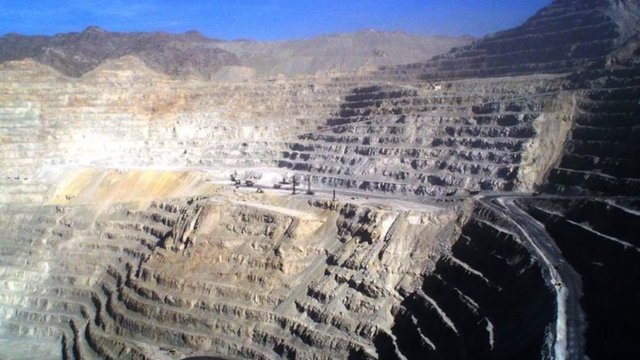 Mr. Gómez outlines five lines of investigation related to this mining operation, from environmental issues to concerns about the Argentinean State's lost revenues. 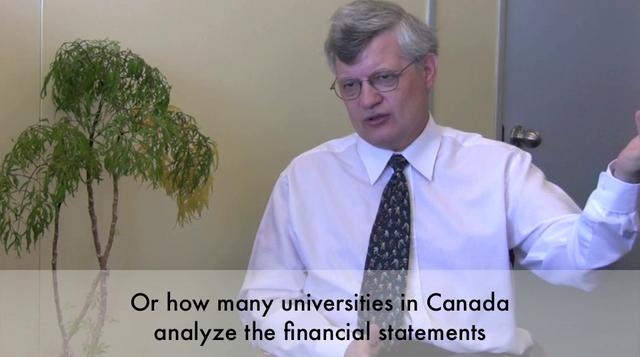 A number of Argentinean universities have refused to accept donations from mining companies and Mr. Gómez calls on Canadian institutions to carefully look at company practices when considering offers of this type of funding.

The Right to Protest 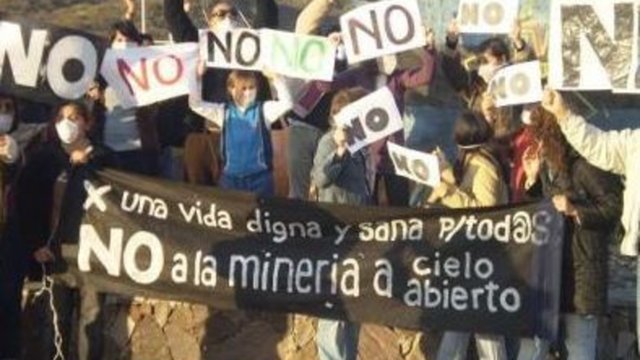 In Argentina, the movement to protect the environment has moved from the fringes and the university classroom, to communities concerned for their well-being, to the court room. Mr. Gómez discusses the challenges and his hopes for his country’s future. He also provides an interesting insight into the effectiveness of calling for justice from the judges hearing environmental cases, arguing that public attention helps counter-balance the behind-the-scenes influence often wielded by companies.

Need for an International Tribunal to Address Environmental Crimes 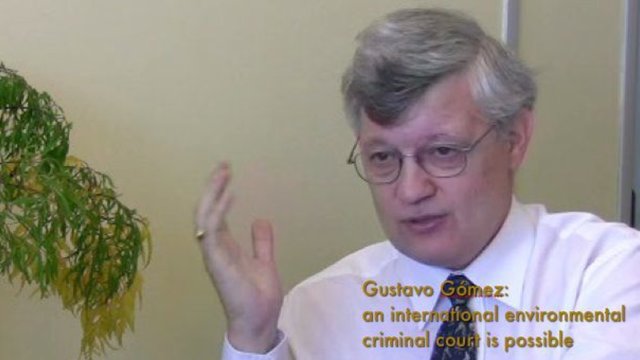 The Rome Statute of the International Criminal Court was adopted in 1998 and can be viewed as a precedent, according to Mr. Gómez, for the establishment of an international environmental crimes court. He believes such a body is essential to ending the impunity that multi-national companies causing large-scale, long-term environmental damage enjoy. He explains how this dream could come true.