On October 8-12, MiningWatch Canada National Co-ordinator Joan Kuyek traveled to Canatuan in the Philippines as the guest of the Tebtebba Foundation and the Subanon Siocon Association. The purpose of the visit was to investigate the situation of the Subanon Peoples and to attend the Celebration of Thanksgiving and official award of their Certificate of Ancestral Domain.

The team that traveled to Canatuan included representatives from the Diocesan Committee on Mining Issues (DCMI), the Tebtebba Foundation, and MineWatch Philippines, representatives of the Siocon Subanon Association (SSAI) who were going home, and a lawyer for Legal Rights and Natural Resources.

In Siocon, on the way, they met with Mayor Cesar Cereno. He said that 95% of the people in Siocon are opposed to the mine owned by TVI Pacific. The population of 48,000 is approximately 25% Muslim and 10% Subanon. Most of the Muslims are fishers who live on the coast.

Siocon is a paradise. Rice fields, bananas and vegetables everywhere in the coastal plain, behind it, primal forest. A fishery that yields many kinds of fish, crab, shrimp and octopus, long gentle beaches facing the setting sun. The mine is directly upstream from this coast. The beach is the delta of the river on which TVI is located. A spill would destroy the local economy.

TVI's concession is squarely in the middle of the Subanon lands, upstream from Siocon. The SSAI are currently claiming an even larger territory, which includes part of the neighbouring region. The company refuses to recognize their claim. There are three TVI checkpoints on the only road into the village of Canatuan. They are all heavily armed and staffed with paramilitaries.

Although most local governments oppose the mine, TVI has created organizations through its "Sustainable Development Project" that support the company. TVI has been hiring Subanon from outside the community and now the Subanon community at Canatuan has now been effectively divided into two groups. Even the school that the small scale miners paid for and the Subanon built is scheduled to be moved to the TVI compound. The new midwife works for the company. The provincial governor and the president of the country support the company.

The company has been processing small scale miners tailings, and it is also logging on the mining concession. On July 15, TVI destroyed the miners' ball mills and reduced the price per bag of tailings from 30 pesos to 3. 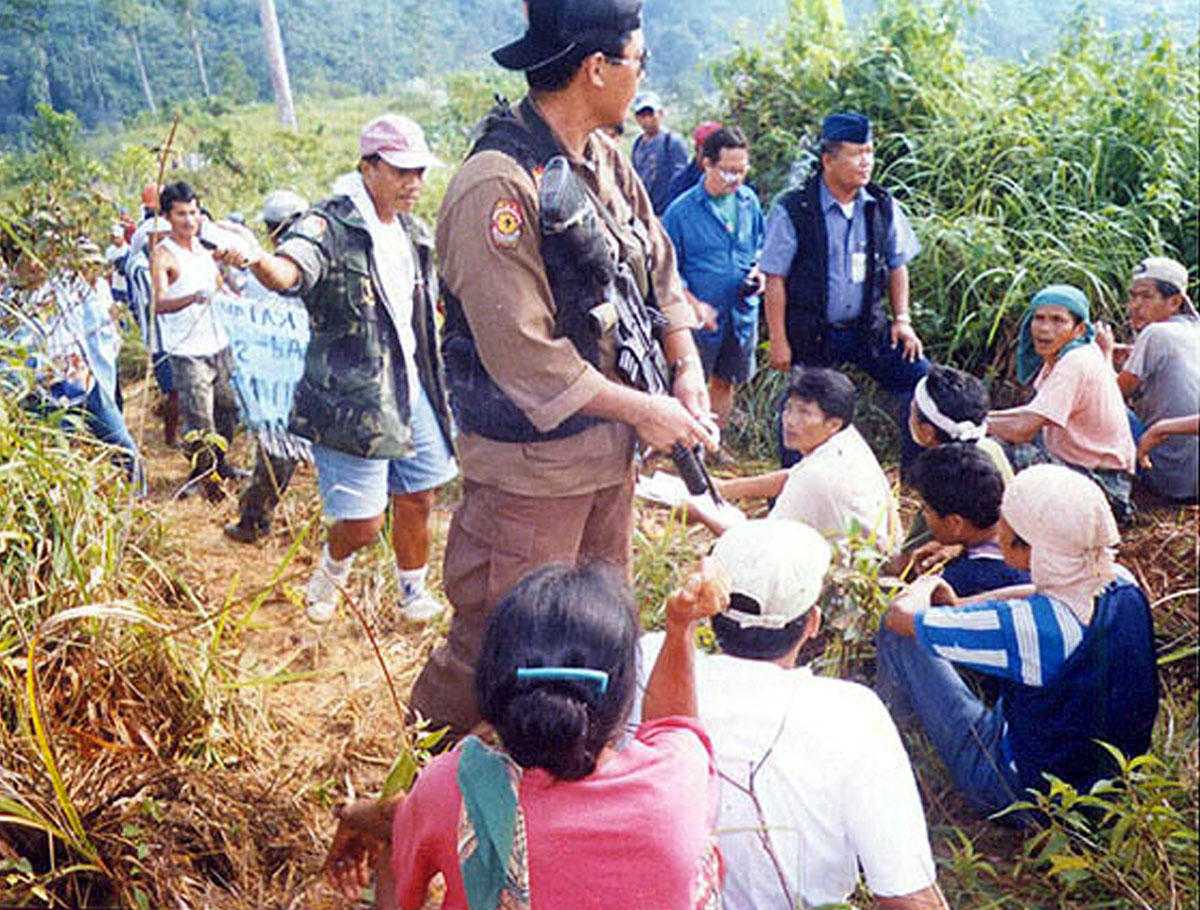