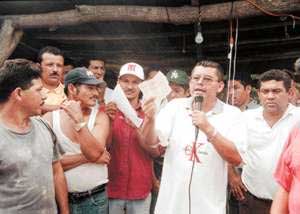 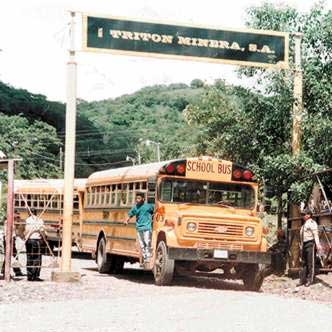 On January 14, 2003, Triton Minera S. A., a 95% owned subsidiary of Black Hawk Mining signed a new two-year agreement with the Union "Pedro Roque Blandon" representing the workers at its El Limón Mine in Nicaragua. Workers had been without a contract since October, 2001. The signing of the new agreement brings an end to a series of increasingly confrontational strike actions, including the firing of 206 miners.

The strike began on October 24, 2002; by October 25th Nicaraguan Ministry of Labour representatives were at the mine site on the company's request. On October 28th the Minister declared the strike illegal. The site was blockaded on several occasions from November, 2002, to January, 2003. On January 4, a major demonstration took place to protest Triton's refusal to rehire all of the 206 dismissed employees. The Union eventually agreed to Triton's offer to rehire 70% of the former employees. Operations at the mine resumed on January 11, 2003.

The new agreement is effective January 14, 2003, and replaces the old agreement that expired in October 2001. The new agreement leaves the Nicaraguan workers worse off than before, as it provides for a two-year contract with no wage increase in the first year (despite inflation) and an increase in the second year only possible subject to negotiations between Triton and the Union. In addition, the new agreement allows a 30% reduction in the workforce, with the laid-off personnel to be rehired on an as-needed basis and in preference to new hires.