TVI Under Fire in the Philippines

On 26 December, 2002, a vehicle belonging to TVI Pacific Mining Co. of Calgary, Alberta was ambushed on its way to the TVI camp at their proposed mine site in Canatuan, Siocon, Zamboanga del Norte, Philippines. As a result 13 people including TVI security guards and their friends and relatives were killed and a further 11 wounded. The company and government have identified Muslim rebels as the likely perpetrators. Military units have poured into the area. The Moro Islamic Liberation Front (the main Muslim rebel group) has however denied any responsibility for the incident.

For the people of Canatuan the attack is only the latest in a long line of tragic events caused directly and indirectly by the presence in their community of TVI.Pacific. The Indigenous Subanon of Canatuan through their organisation, the Siocon Subanon Association Inc., have consistently opposed the mining plans of TVI for the last 9 years. Under Philippine Law and indeed any code of business decency this sustained opposition from the traditional and recognised ancestral landholders should have been sufficient to prevent TVI from mining. That it has not reflects badly on TVI and those, including the Canadian government, who persist in their support for this controversial and unwanted intrusion.

The company's speedy declaration that this recent tragic incident would not affect their plans first to operate their cyanide processing plant, and secondly develop a gold mine at the site, reveals the determination of TVI to push through with their plans at any price.

The Subanon have asked for international support in the form of letter writing. This is urgently needed if TVI are to be exposed for their attempts to impose themselves on the Subanon against local wishes and interests. See the letter sent by MiningWatch Canada to the President of the Philippines. 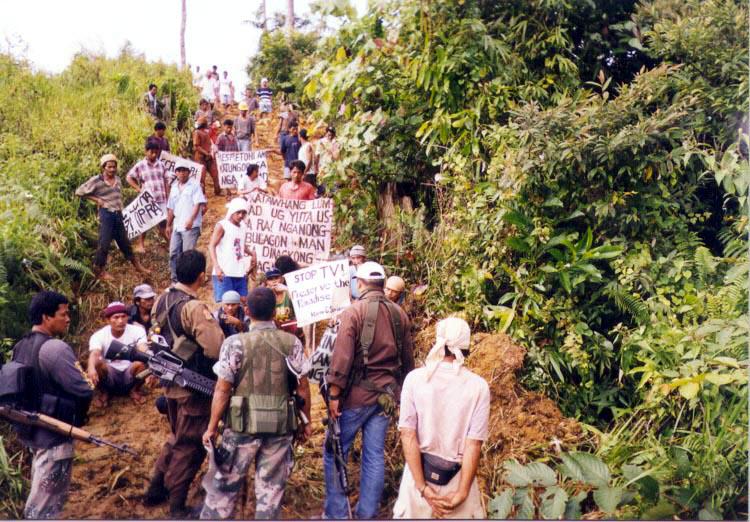