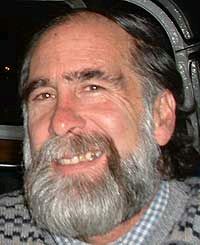 According to reports from the Intag Solidarity Network and CEDHU, the Ecumenical Human Rights Commission of Ecuador, on October 17, 2006, police raided the home of environmental activist Carlos Zorrilla and that of his neighbour Roberto Castro in an unprovoked and unjustified show of force, intimidating his family and Mr. Castro. Mr. Zorrilla was not present at the time and his whereabouts are still unknown, although we understand he is alive and well.

At about 6:15 am, about 10 persons identifying themselves as policemen, some in uniform, two with black ski masks, and all armed with handguns and/or machine guns, arrived at the home of Carlos Zorrilla. Twenty minutes later, another individual, who claimed to be the prosecutor from the city of Cayambe, appeared with a search warrant. They searched both the Zorrilla home and that of Roberto Castro, who has worked on the Zorrilla farm for years and who lives nearby. As far as we can ascertain the Castro house was not included in the search warrant. Mr. Castro asked to see identification. His request was not granted. Mr. Zorrilla's wife Sandy and 15-year-old son Martin were home and watched the policemen burst into the house and search it. They tore apart Mr. Zorrilla's bedroom/study. According to Martin, one member of the group was particularly aggressive, pushing and shouting at Martin, Sandy, and Roberto. The apparent leader announced after an hour that there was nothing to be found, they had other places to go to, and suggested that they be on their way. At that point, the aggressive individual walked outside with a bag of marijuana he claimed to have found in the living room and a gun he said he had found in Martin's bedroom. At that point the search ended and the policemen left.

Other witnesses say that the police arrived in Santa Rosa that morning in a number of vehicles, none with police insignias, all without licence plates, and one, a red vehicle, identified as belonging to the mining company. They also state that the day before, two Ascendant Copper employees had spent most of the day in Santa Rosa. The police apparently acted on a complaint by an American, Leslie Brooke Chaplin, filed July 23 regarding an assault and robbery that had supposedly taken place during the peaceful rally against Ascendant Copper's Junín project in Quito on July 13, 2006. Eyewitnesses have reported that there was no violence at any point during the rally and that the complainant had been distributing leaflets on behalf of Ascendant Copper in the midst of the rally. We are also informed that Ms. Chaplin is or was an employee of the company, making the circumstances of the complaint and the unverifiable allegations it contains highly questionable.

Please write to the Minister of Government and Police, Antonio Andretta A., expressing your concern that questionable and unverified accusations are being used to intimidate and defame a reputable and upstanding community leader, and urging that the circumstances of both the complaint and the police raid be fully and expeditiously investigated.

Please write to the Canadian Ambassador in Quito and the Minister of Foreign Affairs, Peter MacKay, asking them to pressure Ascendant Copper to respect the wishes of the people of Intag to live without mining and their right to live without intimidation and fear of violence.

Please write to the company to ask it to respect the wishes of the community and cancel the Junín project, to clarify its relationship with Leslie Chaplin, and to publish the details of all its contracts, donations, and financial relationships in Ecuador.

Please write to the British Columbia Securities Commission to ask that they investigate Ascendant Copper's dealings in Ecuador and its apparent failure to inform investors and potential investors of the full range of its activities and the legal status of its operations.

Please send copies of your correspondence to MiningWatch Canada as well as the other people listed below. Please see our letters to Canadian Foreign Affairs Minister Peter MacKay, the Ecuadorian Minister of Government and Police and Ascendant Copper.