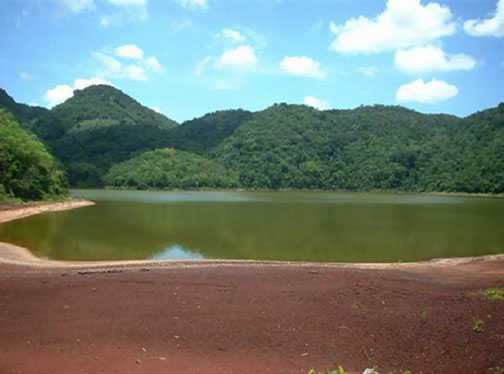 The Jamaican Bauxite Environmental Organization (JBEO) has won a major victory for the environment.

The Jamaican government has approved an Alcan plan for the rehabilitation of a red mud tailings pond at Mount Rosser in the St. Catherine’s area of Jamaica. The tailings pond was used from the early 1950s until 1991 to store waste from the Alcan alumina refinery at Ewarton.

The tailings pond – which the company calls a “landfill” – is one of several sites that Alcan retained responsibility for after its operations were sold to Glencore in 2001, although it consistently denied liability for the clean-up. After rehabilitation, it is to be returned to the Jamaican government.

The Jamaican National Environment and Planning Agency (NEPA) web site has a description of the rehabilitation project.

The Jamaican government has been under substantial pressure from JBEO to restore mined out lands and red mud repositories for a number of years. In 2004, it amended mining laws to fine bauxite companies in breach of the land restoration regulations to be fined $25,000 per acre, plus a fee of $2,500 per year of the breach.

Bauxite companies are also looking to expand in Jamaica, and are facing substantial opposition, particularly for a planned expansion in “Cockpit Country”. The opposition to this mine have been pointing to the toxic legacy of bauxite mining in Jamaica. A December 17 column in the Jamaican Observer, by John Maxwell, quotes from a 2001 report of the US Army Corps of Engineers: “The Moneague Blue Hole, located in the Dry Harbour Mountains Basin, was once a good freshwater source. However, this has recently become contaminated. The contamination is believed to be from a bauxite lake, Mt. Rosser Pond, which has a high sodium effluent.”