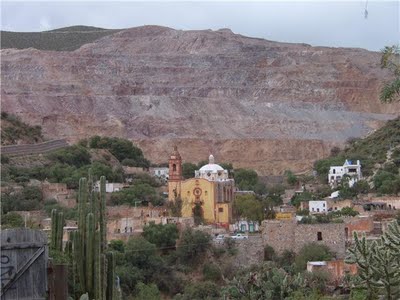 MONTREAL – Controversy continues to embroil Canadian New Gold Inc. (TSX:NGD) and its Cerro de San Pedro mining operation as the November 2nd press release issued by its public-relations firm Peak Communicators Ltd. regarding a recent ruling of the Mexican Federal Tribunal of Administrative and Fiscal Justice is put into question.

Dr. Juan Carlos Ruiz Guadalajara, spokesperson for the FAO, a coalition opposing New Gold’s open-pit gold mine at Cerro de San Pedro, is shocked by the company’s press release: “We are used to the company massaging the truth, managing its message, but we are taken aback by how blatantly it has misrepresented a final judgment by the Federal Tribunal. Either the Canadian office is misinformed by its Mexican associates or it is misinforming the public. Either way, shareholders in this company should be concerned.”

On Tuesday November 10th the FAO has responded by lodging a complaint with the British Columbia Securities Commission (BCSC) and the Toronto Stock Exchange accusing the company of withholding and misrepresenting information that “is of central importance to shareholders.”

The controversy centers on the September 24th ruling that unequivocally declares the Change of Land Use permit necessary to operate the mine, “null and void” while the company maintains that it still holds “all necessary permits.” Says Ruiz Guadalajara: “We don’t understand the dispute. We know that New Gold’s subsidiary in Mexico, Minera San Xavier, was officially notified of the court’s decision on October 14th 2009. We know all mining activity since then has been declared illegal.”

New Gold’s claim that it filed for an appeal of the Tribunal’s decision on October 28th was further called into question. The FTAFJ court is the highest instance of appeal in Mexican administrative law; its decision is final and binding. Furthermore, the local environmental group Pro San Luis Ecológico that has led the legal proceedings against the company must by law be notified of any further legal action taken on this case. As of November 8th 2009, their lawyers had received no such notification.

“New Gold may have the resources, money, and political influence,” says Ruiz Guadalajara, “but we have the justice provided by a definitive ruling of a superior court.” He notes with concern the company’s attempt to convince shareholders and the public that the case is simply about an Environmental Impact Statement. He believes that Canadian mining companies in Mexico benefit from the lack of clear information about their operations. They use the language barrier and a confusing foreign legal system to operate with impunity. “Our complaint to the BCSC aims to clarify the truth and allow New Gold’s investors to be informed of what’s really happening here.”

The BCSC complaint and the court ruling are attached.