(Ottawa) On October 31, an impoundment holding a slurry of waste from Sherritt International’s Obed Mountain coal mine failed releasing approximately 670 million litres of waste into the Athabasca River watershed. Alberta government press releases referred to the waste as “process water”[1], “suspended solids, which include such things as clay and organic matter”[2], and sediments containing “such things as clay, mud, shale and coal particles”[3]. Official statements have provided very little information about the extent or magnitude of the spill, and a November 4 statement stated the spill was somehow “contained”. As reported in the Edmonton Journal, the only thing that was contained was the waste remaining at the mine site. The plume released to the river extended 113 km by November 8.[4]

The government’s statements, along with at least one unofficial statement to media from an employee of the mine[5], led to initial reporting that the released waste materials are inert. MiningWatch is very concerned about what appear to be efforts to keep the public in the dark about the environmental impacts of this spill.

Thanks to successful litigation by MiningWatch, Ecojustice, and Great Lakes United, coal and other mine operators have to report the toxic contents of waste products to the National Pollutant Release Inventory (NPRI). Prior to the 2009 court decision, the federal government allowed a lapsed exemption to the Environmental Protection Act to remain in place for mining operations.

In sharp contrast to the descriptions provided by the Alberta government, data submitted by Sherritt to the NPRI indicate that tonnes of highly toxic materials were being dumped into the ponds every year. The toxic substances include carcinogenic polycyclic aromatic hydrocarbons (PAHs), arsenic, cadmium, lead, and mercury. The wastes also include phosphorous, manganese, and zinc, which have negative impacts on aquatic ecosystems and drinking water at elevated concentrations. These substances occur naturally in the coal and waste rock from the mine but become an environmental hazard when removed from the ground, processed, and stored as slurry.

“This disaster clearly shows the impotence of federal and provincial governments’ regulatory oversight and over-reliance on industry self-monitoring and social responsibility,” stated Ramsey Hart, Program Coordinator at MiningWatch Canada. “Corporate commitments to sustainability like those made by Sherritt and many other mining companies ring hollow when faced with such an incident and how it’s being handled,” Hart added.

Concern over the impacts of the spill were confirmed by the unofficial release of water testing results by the Alberta’s Chief Medical Officer of Health to the Edmonton Journal. The test results indicated elevated concentrations of PAHs and mercury in the waste plume that was moving downstream.[6]

The attached table provides the data taken from the NPRI for on-site releases of tailings or process water at the Obed Moutain Mine.

Toxic substances contained in coal mine waste at the Obed Mountain Coal Mine, from the National Pollutant Release Inventory. (http://www.ec.gc.ca/inrp-npri/)

[2] Nov. 2, 2013, Update: Government responders are monitoring a sediment release into the Athabasca River from a decommissioned mine near Hinton 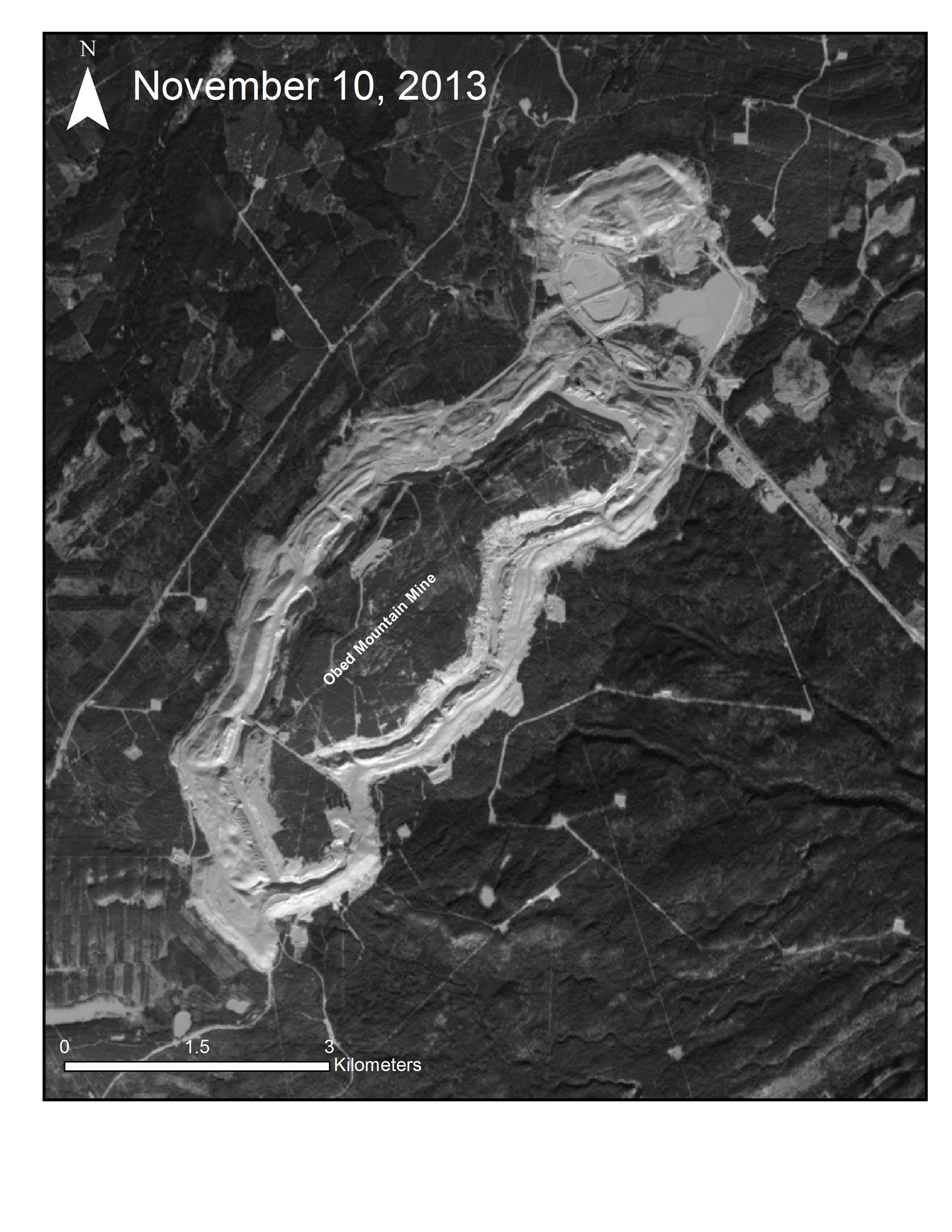 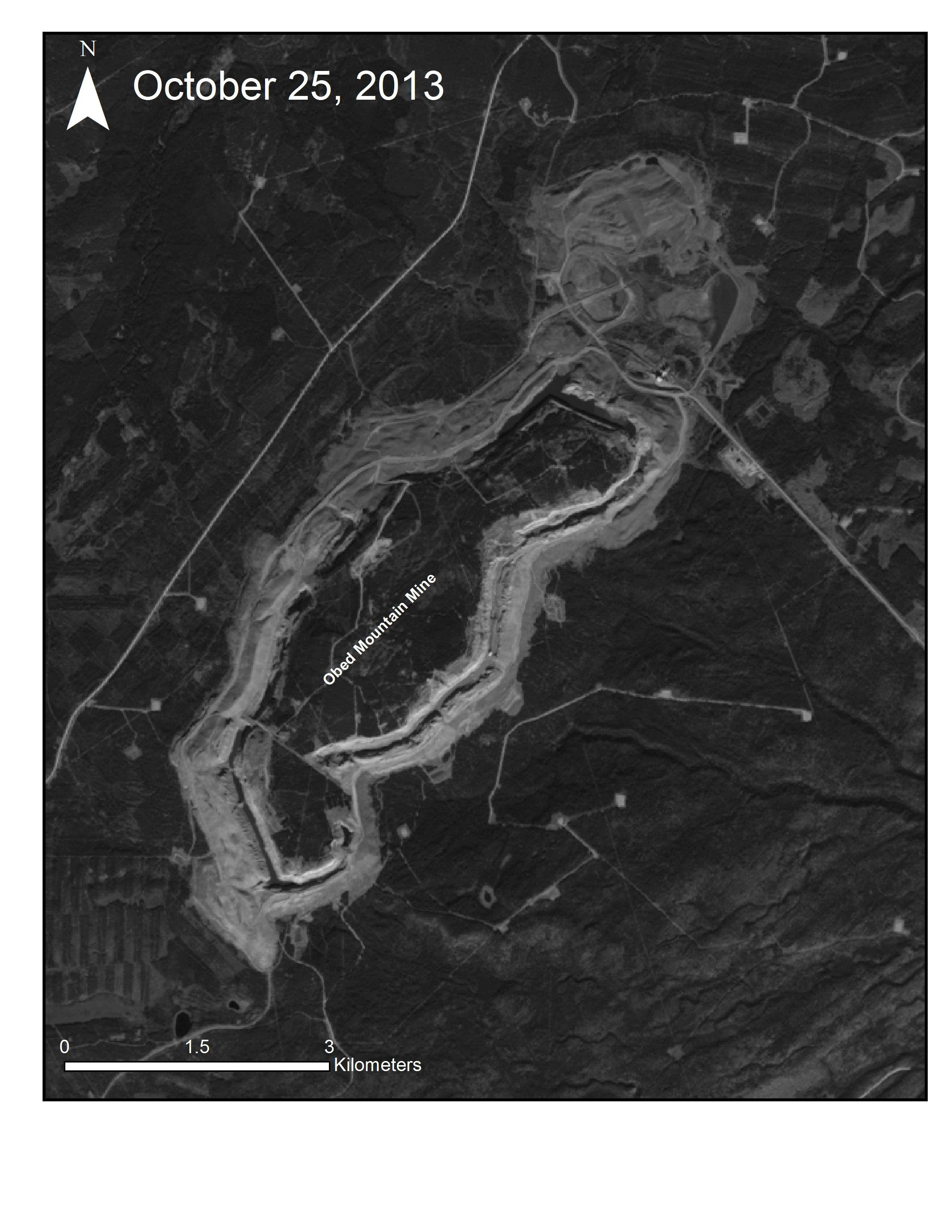