Press Release: Community Members, Denouncing Noncompliance on the part of HudBay Minerals, advance toward Constancia Mine

During the morning hours of November 10, local residents from Uchucarcco, in the district of Chamaca, province of Chumbivilcas, in the region of Cusco, mobilized near the Constancia mining project to protest the company’s sustained failure to make good on commitments with the local population. According to local media, a group of residents crossed the company’s security fence. Two individuals were detained by the significant police force that protects the camp.

Little more than a year ago, in March 2012, Canadian mining company Hudbay, which owns the Constancia project, negotiated a contract to lease community lands in Uchuccarco. The company agreed to promote community development through a series of projects concerning education, health, housing and other issues. These ‘social investment’ agreements were to be approved and executed by a Multisectoral Development Committee (MDC), comprised of representatives of both the community and the mining company.

This new form of direct community negotiation earned Hudbay the recognition of the National Society of Mining, Petroleum and Energy as the recipient of its 2013 Sustainable Development Award in the ‘Promotion of Local Development’ category. The prize was given to Hudbay in recognition of the ‘achievements made by the Multisectoral Development Committees as a sustainable platform for future generations of Chumbivilcas.’ Slightly more than a year later, the residents of Uchuccarco condemn the company’s failure to comply with its agreements. They also complain about the lack of progress regarding the functions of the MDC, at the expense of the local population. The community calls an end to the contract, and demands the withdrawal of the company and the return of its communal land.

This situation of tension and dissatisfaction has been widely communicated in recent months to diverse authorities in the executive branch of government, to the National Ombudsman (Defensoría del Pueblo) and the company. The community has not received satisfactory responses. A visit to the area by the  president of the national cabinet days before the conflict began failed to proffer results. The National Ombudsman, which has an office in Cusco, has not been to the area, although its presence was required on multiple occasions. The community demands that the company’s executive management travel to the area to respond to its demands.

It’s possible that in the coming hours, neighbouring community organizations from the project’s area of influence (Chilloroya and Velille) will add their voices to the protest.

With an investment of US$1.8 billion and a projected annual production of 80,000 tonnes of metal, Constancia is one of the most important copper projects in Peru. It’s estimated that the company will begin operations in the early months of 2015.

Declaration from the traditional Ayllu of Uchuccarco, Cusco, Peru in struggle

In 2012, the traditional Ayllu of Uchuccarco (today campesino community) from the district of Chamaca, Chumbivilcas, Cusco, granted access to 256.7 ha of communal territory for a series of commitments with HudBay Minerals mining company that have not been fulfilled. On the contrary, workers from the community and our brothers micro-enterprises are being kicked out of the mining project. As well, we have all been suffering the inhumane abuses of a transnational company that promised to respect us and that today is not following through.

The most important abuses are: the illicit appropriation by HudBay of salaries that if failed to pay in full to community members at a value of upwardS of 5 million soles ($1,9 million CAD), lack of job security that was offered and not fulfilled, the illicit appropriation of more than 20 million soles ($7,75 million CAD) in payments owing to us, which is an abuse of the autonomy and self-determination of the community, as well as failure to follow through on social responsiblity commitments (health, education, work, sustainable development, etc.), amongst other issues. For the community, in terms of environmental responsiblity, absolutely nothing has been done over the last two years with regard to, for example, the environmental management plan, the water management plan, participatory monitoring at the Constancia mine site, etc. On the contrary, in the community, since exploration work began, we have been suffering from multiple negative environmental impacts (the destruction of our ecosystems, our native flora and fauna, the contamination of our river Makaray, the disappearance of streams and wetlands, etc) without HudBay or the state taking measures to avoid this.

These problems were already brought before environmental authorities in 2013. As well, with regard to the International Labour Organization (ILO) Convention 169 and the Prior Consultation Law, which should ensure that communities are consulted before favourable decisions are made in favour of HudBay, we were never listened to. Neither has the Ministry of Environment (OEFA) informed us about the environmental problems that it found at the mine site, much less has it convened a meeting to undertake participatory evaluations, such as the environmental laws outline should take place.

Given these abuses, the community of Uchuccarcco demands:

In the case that HudBay refuses to come through, we demand that our 256.5 ha of communal land be returned, and that compensation be provided for social and environmental harms and damages. We will never again allow this company, which has been found to be abusing the rights of other Indigenous peoples in the world, to abuse our rights. As such, we call for support from other peoples, organizations and communities, to stand in solidarity in defence of our own existence. 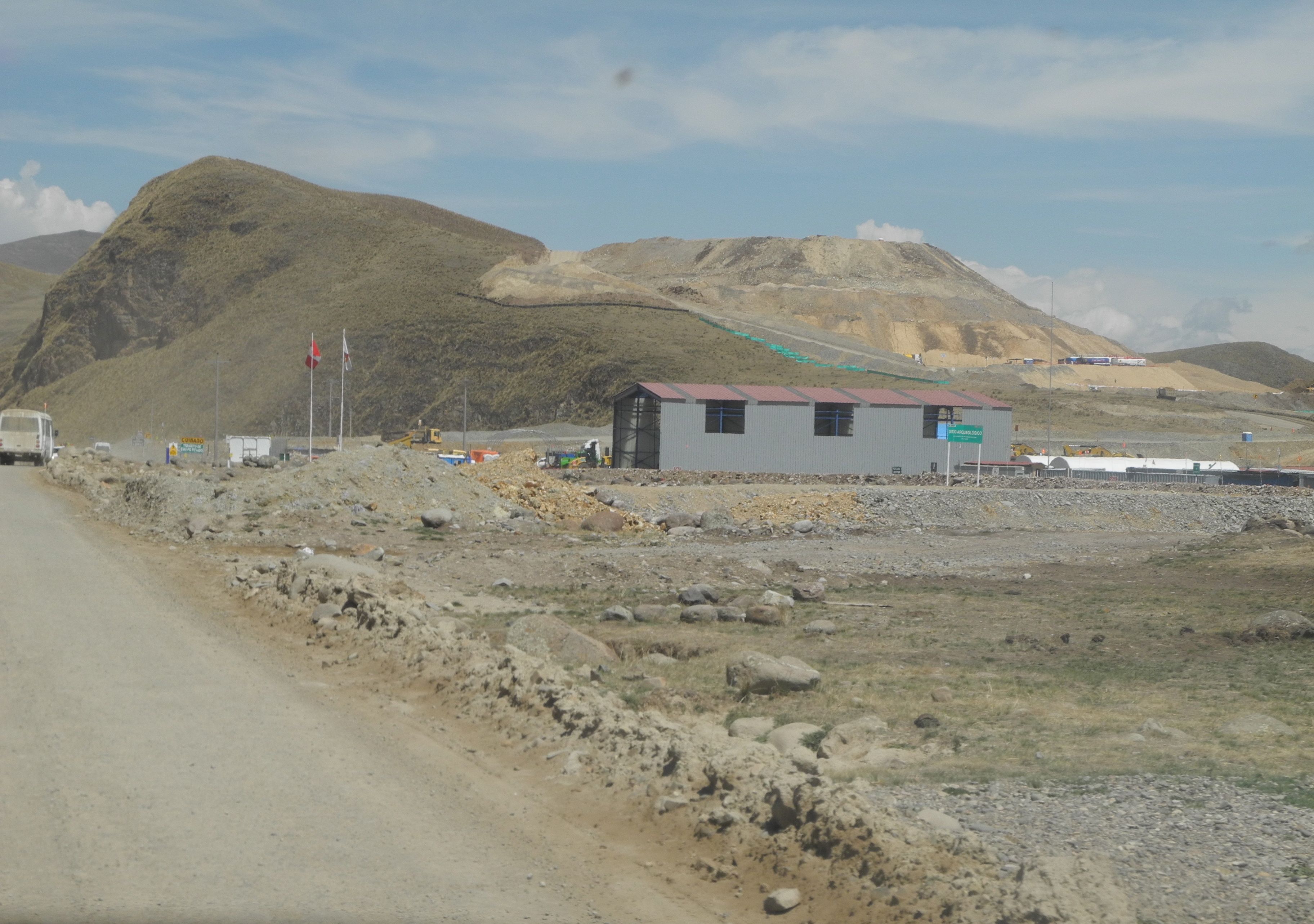