(Guatemala City/Ottawa) On Wednesday, a Guatemalan judge decided that Tahoe’s former security manager, Alberto Rotondo, should stand trial for his role in a shooting attack on peaceful protesters in April of last year.

On April 27, 2013, Tahoe Resources’ private security opened fire on peaceful protesters outside the Escobal mine, the company’s only project, in the municipality of San Rafael Las Flores in southeastern Guatemala. Rotondo, Tahoe’s then head of security and an ex-military officer from Peru, was arrested at Guatemala’s international airport and charged with allegedly having ordered the attack.

Yesterday, the judge ruled that Rotondo should stand trial on charges of causing serious and minor bodily harm to four of the seven men injured in the attack, as well as for obstruction of justice. If convicted, Rotondo could face up to 28 years in prison. The evidentiary hearing is scheduled for February 3, 2015.

“This decision sets an important precedent to the extent that it will allow the Public Prosecutor and the victims to demonstrate the premeditated and aggressive way in which Rotondo orchestrated the attack, as well as the responsibility of Guatemalan authorities in its planning and execution,” explained Rafael Maldonado, Director of the Centre for Environmental, Social and Legal Action (CALAS).

Tahoe Resources’ Escobal silver project is the subject of broad local opposition and ongoing legal processes in Guatemala and Canada. In June 2014, the seven victims of the attack filed a civil suit in British Columbia against the company for its role in the April 2013 violence. The first major hearing in this case is scheduled for April 2015 regarding Tahoe's argument that the case should be heard in Guatemala instead of Canada.

“What we want is justice. Even though we know that this is difficult to achieve in Guatemala, we are confident that we will have an opportunity to demonstrate that Mr. Rotondo and the company are guilty,” stated Artemio Castillo, a victim of the attack and a co-plaintiff in both cases.

Foreshadowing the obstacles ahead toward achieving justice in Guatemala, the judge granted Rotondo house arrest, rejecting two separate instances in which the Public Prosecutor accused the ex Tahoe employee with being in contempt of court.

Maldonado commented on this unexpected decision saying, “Despite the favorable decision to send Rotondo to trial, the judge demonstrated partiality in this case by rejecting multiple requests from the victims and the Public Prosecutor to keep Rotondo in detention.”

Tahoe Resources Inc. is a silver exploration and development company that lists on the Toronto and New York stock exchanges, with offices in Vancouver, British Columbia, Canada and Reno, Nevada, USA. Goldcorp, a mining company with a lengthy history of human rights abuses at its Marlin Mine in northeastern Guatemala, holds 40% of Tahoe Resources shares and three seats on its board of directors. 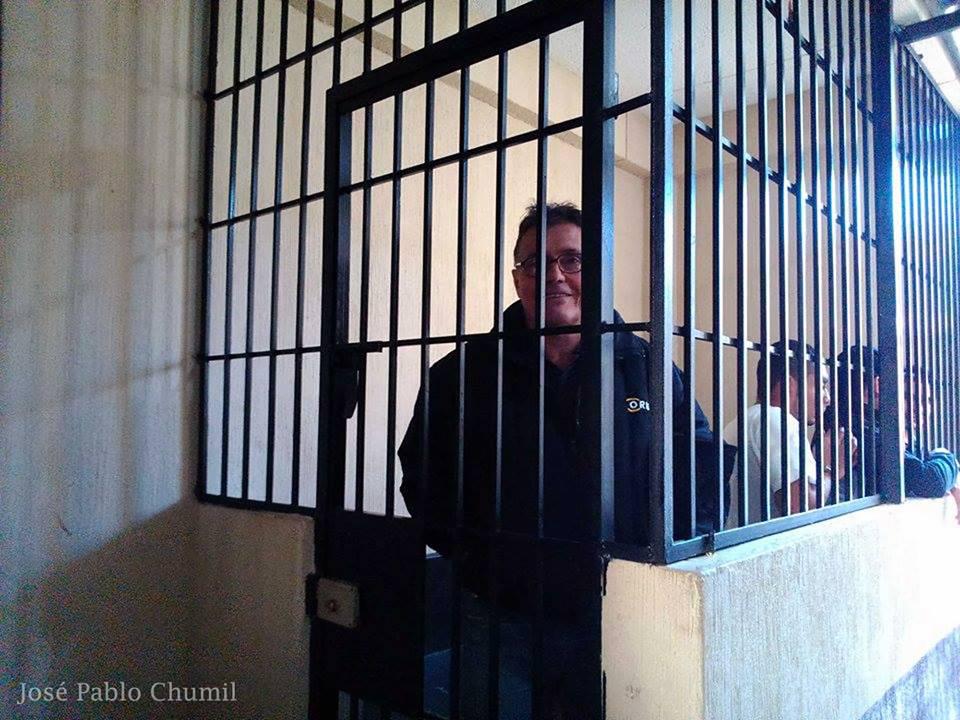