(Ottawa) Seventeen international Indigenous, solidarity and human rights organizations are calling for an investigation into Mexican state involvement in violence against the Nahua Indigenous community of Zacualpan, Colima, which has been defending its territory and water sources from proposed mining activities.

On Thursday, November 5th, the international organizations sent a letter to the Mexican Secretary of Agricultural, Territorial and Urban Development (SEDATU) and the Head of the Agrarian Prosecutor’s Office expressing profound concern about continual harassment and threats that the Zacualpan Indigenous Council for Territorial Defence and members of the environmental justice organization Bios Iguana A.C. have faced for two years.

This violent scenario has been fostered and backed by state and federal authorities, who have on several occasions deployed armed forces against the Indigenous community. Such aggressions have been documented by the ‘International and National Observation MIssion regarding the case of Zacualpan’ that visited Colima in March 2015. Complaints have also been submitted to the United Nations Working Group on Business & Human Rights, Special Rapporteurs on Indigenous rights and the rights of human rights defenders, and the Inter American Human Rights Commission (IACHR) in 2015.

There are two mining concessions in Zacualpan that the federal Secretary of Economy granted without community knowledge and without the community's free, prior and informed consent. The local proponent of mining activities in Zacualpan has been a Mexican company, Gabfer S.A. de C.V. However, the consulting group COREVI (Consultores en Ecología con Visión Integral S.A. de C.V.) reports that in 2011 it carried out environmental impact assessments on the two mining concessions in Zacualpan on behalf of Teck Resources’ Mexican subsidiary, Minera Teck S.A. de C.V.

The Zacualpan Indigenous Council for Territorial Defence and Bios Iguana are asking Teck Resources to provide information as to what relationship the company might have with Gabfer S.A. de C.V., if Teck continues to have an interest in developing a mining project in Zacualpan, and if the company would publicly commit to respecting the decision made by the Zacualpan community assembly on February 23, 2014 to prohibit mining activities in their territory and agree not to pursue any plans that it might have for these mining concessions.

Zacualpan is a Nahua Indigenous community of approximately 3,000 inhabitants in the municipality of Comala in the state of Colima. It is situated a short distance upstream of the cities of Villa de Álvarez and the capital city, Colima, on the Armería and Grande rivers. These rivers are part of the Ayuquila-Armería watershed that flows from the Grande mountain (Cerro Grande) in the Manantlán Biosphere Reserve toward the Pacific Ocean. Zacualpan is also home to a well-loved natural spring, called ‘Ojo de Agua’, a popular recreational spot. The Zacualpan aqueduct provides high quality potable water to a population of more than 300,000 people in the city of Colima, such that proposed mining activities could pose a threat to water sources for urban areas as well. 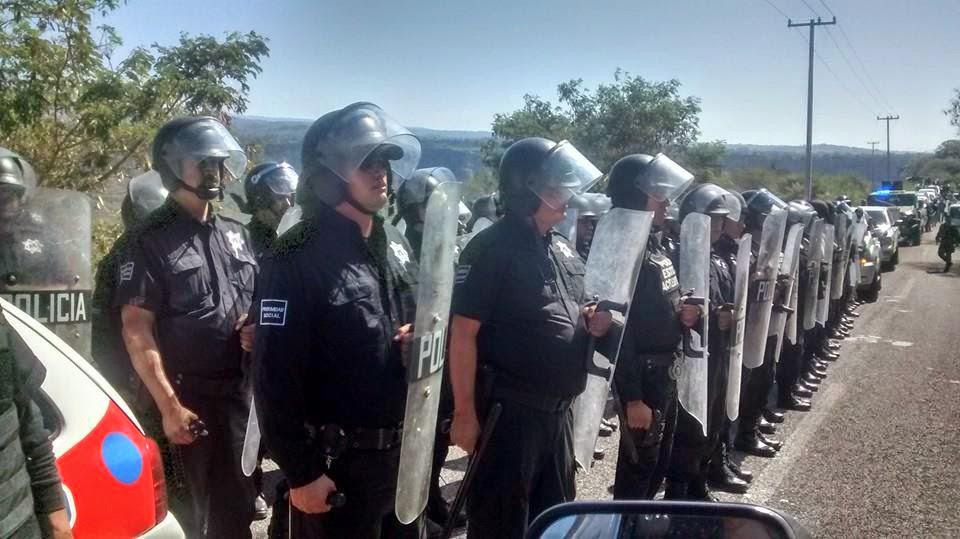 Letter to Teck Resources re: Zacualpan