We, the community of ejido* La Sierrita, express our indignation regarding the actions of the Canadian Embassy in failing to comply with its obligation to promote and protect our community’s human rights in the face of the violations perpetrated by the Canadian mining company Excellon Resources Inc. The report entitled “Unearthing Canadian Complicity: Excellon Resources, the Canadian Embassy and the Violation of Land and Labour Rights in Durango, Mexico,” published by MiningWatch Canada and United Steelworkers, confirms the decisive role played by the Embassy in violations of our human rights that occurred in 2012.

The report demonstrates the unconditional support which the Canadian State offered to Excellon in order to protect the company’s economic interests at the expense of our human rights. In particular, the report deals with the period running from July to November 2012, when we carried out a peaceful protest on ejido land bordering the La Platosa mine.

The following are some of the revelations we find most outrageous:

It is important to note that the unconditional support that the Embassy provided to the company was particularly unjust and unreasonable considering our continued willingness to engage in dialogue, in contrast to the company’s repeated refusal to discuss its numerous breaches of the Temporary Occupancy Agreement for the use of ejido lands.  Nevertheless, we trust that the Canadian Embassy will be willing to build a relationship with us based on respect for our human rights.

Finally, we are pleased to announce that despite the unequal conditions under which we have sought to defend our human rights, on January 23 of this year we were notified of the decision ordering the release of the rental payment due to the ejido La Sierrita for use of our lands by the Excellon mine. The decision represents an important step forward for rural and indigenous communities seeking to defend our human rights and gain access to justice for violations committed by transnational companies.

* An ejido is a rural community where the land is owned collectively. 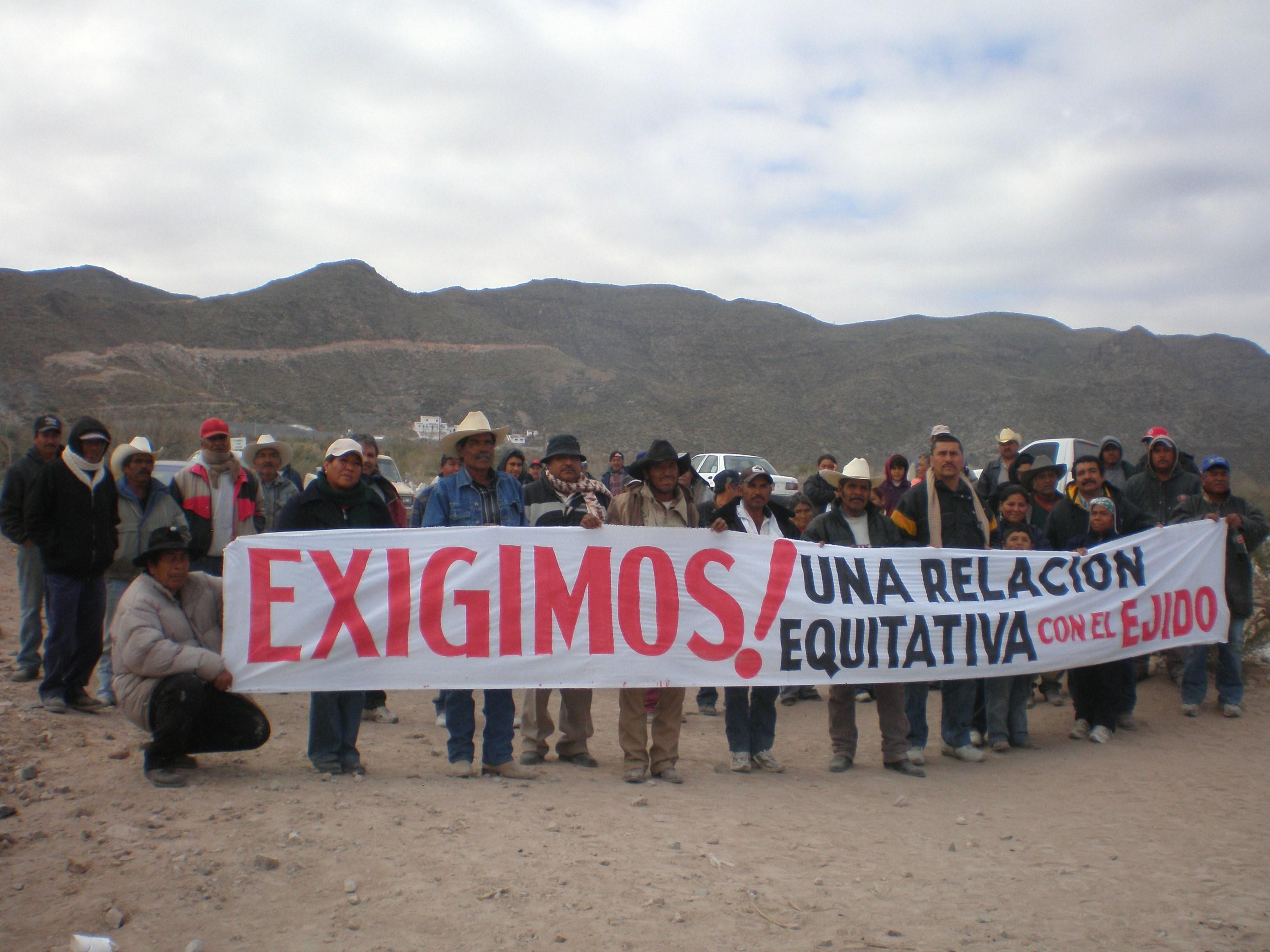