Fool’s Gold reveals that tax avoidance by Canadian mining company Eldorado Gold, using “mailbox” (shell) companies in the Netherlands, has led to tax losses of at least CDN $2.3 million for Greece in the past two years. There are also serious environmental and human right concerns related to the company’s operations.

Fool’s Gold shows that Eldorado Gold finances its Greek operations using internal loans, shifting interest payments from Greek subsidiary, Hellas Gold SA, via Dutch mailbox companies to its Barbados subsidiary – where this income remains untaxed. Eldorado has no material operations in the Netherlands or in Barbados. Under this financing structure, future profits from Eldorado’s Greek operations and related income tax can be substantially reduced – especially when combined with transfer mispricing and other tax avoidance techniques widely used by extractive sector firms.

“The European Union and the Netherlands have double standards. On the one hand they impose harsh austerity measures which have devastating social and economic impacts in Greece; on the other hand, they actively facilitate tax avoidance which costs the Greek state millions of euros,” says SOMO researcher Katrin McGauran.

Canada supports tax avoidance through lax disclosure requirements and tax treaties with tax havens, allowing companies to channel their international investments through tax havens and minimize tax paid anywhere, including Canada and the country they are operating in.

“Canada has been very timid in pursuing tax avoidance by Canadian companies operating internationally, including profit-shifting using tax havens,” Dennis Howlett, Executive Director of Canadians for Tax Fairness, says. “We are calling on the federal government to step up enforcement, but also to review all of its bilateral tax treaties to eliminate this theft of money rightfully owed – and especially in the case of Greece, desperately needed.”

The Canadian government also supports Canadian mining investment politically – as seen in a Youtube video of Canadian Ambassador to Greece, Robert Peck, hectoring Alexandroupolis Mayor Vagelis Lampakis over his community’s opposition to Eldorado Gold’s operations in Thrace. In addition, and despite widely reported human rights and environmental concerns, both the Canada Pension Plan and Export Development Canada have significant interests in Eldorado Gold.

The Canadian government promotes mining investment as good for both Canada and the host country, but according to MiningWatch Canada’s Communications Coordinator, Jamie Kneen, this is deceptive and needs to be dropped. “In reality, there’s no evidence this investment benefits more than a few very wealthy people – not most Greeks, or even Canadians.”

The case of Eldorado Gold is not an isolated one. The Netherlands and Luxembourg are widely used tax conduit countries for foreign companies investing in Greece. The report shows that 80 per cent of direct investments from the Netherlands to Greece are routed through mailbox companies – an underreported issue in discussions on the causes of Greece’s budget deficit.

Mining is set to destroy local ancient forests in Halkidiki, and the local community fears pollution from the mine will endanger them and destroy local jobs that depend on tourism, small-scale farming, forestry and fishing. Protests by the local community against the mine have been brutally repressed by police and criminalised by the Greek state. While the former government supported the company’s mining plans, the new government has stopped Eldorado’s expansion while it reviews the company’s permits and contracts.

For specific questions regarding the SOMO report:

MiningWatch Canada is a pan-Canadian initiative supported by environmental, social justice, Aboriginal and labour organisations from across the country. It addresses the urgent need for a co-ordinated public interest response to the threats to public health, water and air quality, fish and wildlife habitat and community interests posed by irresponsible mineral policies and practices in Canada and around the world. www.miningwatch.ca

About Canadians for Tax Fairness

Canadians for Tax Fairness is a not-for-profit, non-partisan organization advocating for fair and progressive tax policies aimed at building a strong and sustainable economy, reducing inequalities and funding quality public services. It is a member of the Global Alliance for Tax Justice. www.taxfairness.ca

SOMO is an independent not-for-profit research and network organisation. SOMO works on sustainable development, in social, environmental and economic terms. Since 1973 SOMO has been researching multinational enterprises and the consequences of their activities for people and environment around the world. www.somo.nl 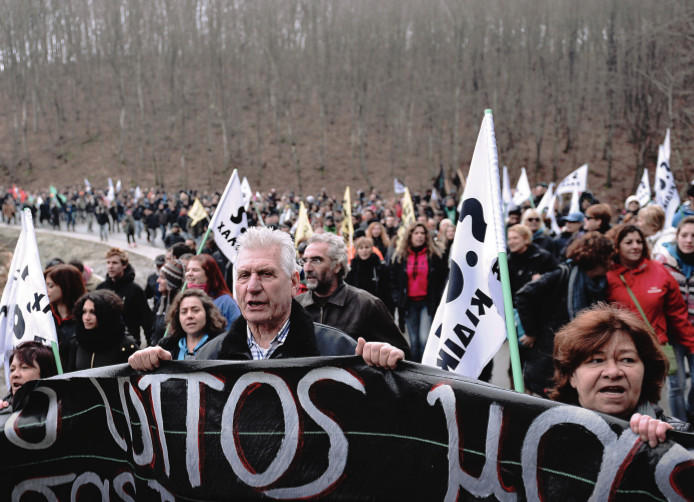