(Santiago/Ottawa) While Barrick has been offloading assets and reducing operational costs in order to improve its standing with shareholders, the social costs of the Pascua Lama project in Chile’s Huasco Valley continue to grow.

Despite company statements that community relations around Pascua Lama have improved with the signing of a Memorandum of Understanding (MOU) with Diaguita Indigenous communities in 2014, a report published by MiningWatch Canada and the Latin American Observatory of Environmental Conflicts (OLCA) indicates that Barrick’s MOU undermined the ongoing resistance of Indigenous and non-Indigenous residents to this project.

The report is based on testimonies from the Huasco Valley, in Chile’s northern Atacama region, that were gathered by anthropologist Adrienne Wiebe. The testimonies state that the process to develop the MOU was confusing and manipulative, and lacked the full support of communities that signed on.

In the case of one Diaguita community, Sierra de Huachacan, the divisions created as a result of the MOU having been signed without the consent of the whole community gave rise to three Diaguita organizations where before there was one.

“What stands out from conversations with local residents is the lack of transparency and clarity during the process of developing the MOU, and how this led to a lot of confusion and conflict within the communities,” remarks Wiebe, who travelled to Alto del Carmen in March 2015.

The results of this study echo complaints that local communities issued when the MOU was first announced. At that time, they hoped to counteract the company’s national and international public relations campaign that presented the agreement as a great advance that would set new precedents with regard to extractive industry projects and Indigenous peoples.

In contrast, the report concludes that the MOU that Barrick promoted with backing from the Chilean government constitutes an abuse of indigenous rights and a problematic attempt to achieve the much desired social licence to operate.

This report, together with publications from other researchers regarding the MOU, indicate serious questions regarding its legitimacy, the manipulation of local communities, and lack of political will on the part of the Chilean state to effectively safeguard Indigenous rights and of mining-affected communities.

The author proposes further research on the potential role played by the Canadian state in the development of the MOU, given the Canadian government’s stated intent to promote the interests of Canadian mining companies (despite the costs to affected communities) and its efforts to avoid growing opposition to Canadian-owned projects from Indigenous and non-Indigenous communities around the world. 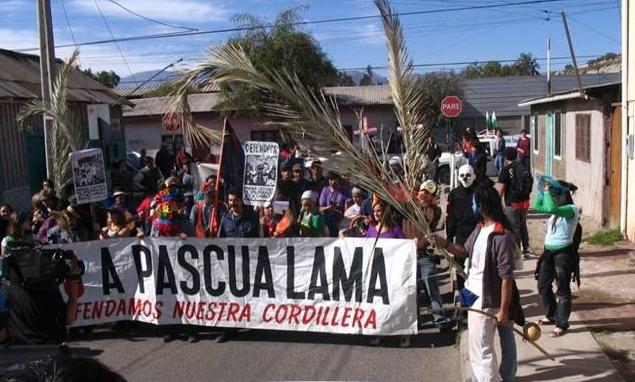 A Problematic Process: The Memorandum of Understanding between Barrick Gold and Diaguita Communities of Chile