‘In the National Interest? Criminalization of Land and Environment Defenders in the Americas’ provides evidence from five countries that illustrates how the Canadian government and Canadian mining companies have helped turn the law against individuals and groups fighting for their water, lands, livelihoods and ways of life.

“Far from ensuring that mining-affected communities enjoy the full range of protection under the law, governments – including the Canadian government – have twisted the law to protect and promote mining interests by targeting community activists and defenders,” remarks Jen Moore, Latin America Program Coordinator for MiningWatch Canada.

“It has become a low intensity war against communities and organizations who are fighting for environmental justice in Latin America. They are frequently being demonized as terrorists or enemies of the state, slapped with spurious charges and dragged through exhausting legal processes with ever greater risk of jail time, too often leading to death threats, militarization of their communities — or murder,” she adds.

The report argues that the model of industrial mineral extraction that Canada promotes abroad is informed by deregulation of the extractive sector at home and a colonialist past and present that — with renewed fervour in recent years — views those who speak out as a threat to the national interest and hence a target for spy agencies, tax audits, funding cuts, and gratuitous policing.

“This is nowhere more explicit than with the adoption of the Anti-Terrorism Act 2015, which gives enhanced powers to Canadian intelligence agencies and redefines security to include preventing interference with anything designated as part of the economic or financial stability of Canada, sending a clear signal to Indigenous peoples and environmental groups defending land and the environment,” says Roch Tassé, former National Coordinator of the ICLMG.

The report concludes that matters of profound public interest are at stake: our collective wellbeing is under threat and there is an urgent need for broad debate and action. Steps must be taken to protect land and environment defenders and to foster debate to reconsider the destructive development model that the Canadian government and Canadian mining companies have been doggedly promoting at home and abroad.

The report is available in both a full version and a summary (also available in French). The authors invite responses to the report, contributions of further research, and opportunities to discuss its contents and recommendations.

View two-page report summary: Highlights from 'In the National Interest?'

In the National Interest? 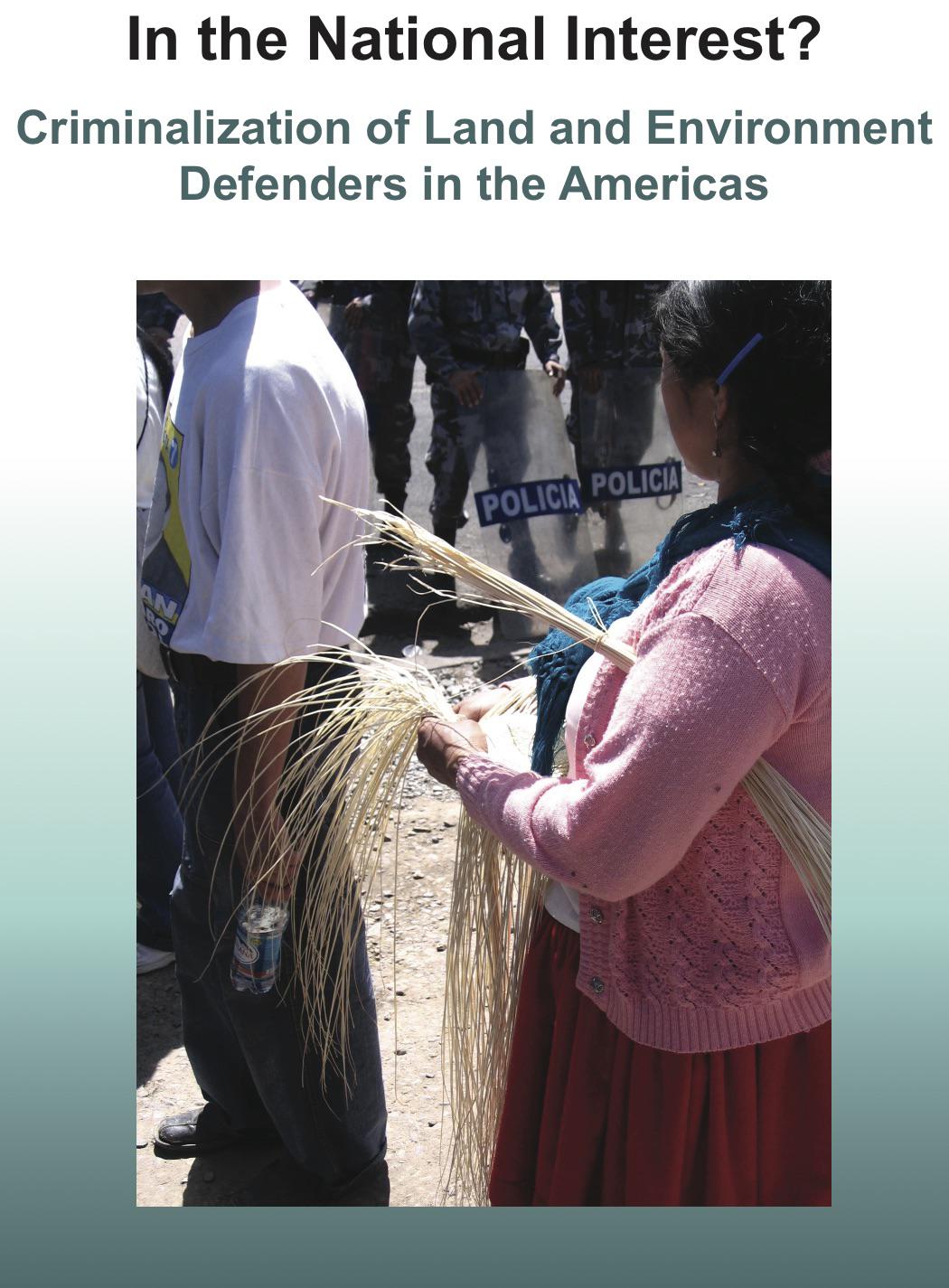 Highlights from "In the National Interest? Criminalization of Land and Environment Defenders in the Americas"