(Kamloops) MiningWatch Canada and residents of Malartic in Quebec are urging the City of Kamloops to learn from the experience and insights of other communities where open pit mining has encroached upon city limits.

In an open letter presented today to City Council, Malartic resident Diane Gagnon warns the citizens for Kamloops about the “serious problems and community impacts” that a large open pit like AJAX would have on “people’s health, safety, well-being, and quality of life”.

Daughter of a miner, and herself executive director of a company servicing large mining clients in her region, Ms. Gagnon states that “she is not against mining,” but insists that the Malartic open pit mine “should serve as a serious cautionary tale” for the people of Kamloops.

Although half the size of the proposed KGHM Ajax mine, and despite having spent over a 100 million dollars in mitigation measures, the Malartic mine “is incapable of meeting regulated levels of dust emissions, ground tremors, air blasts, and noise”. It holds “the record in the province, across all industries, with 171 environmental infractions for over 200 non-compliances since construction started in 2009”.

Ms. Gagnon highlights serious impacts related to the mine.

Despite mitigation reassurances and promises by both the company’s and regulators’ ‘experts’ of no impacts or minimal impacts, her community suffers daily from mining operations. The Regional Public Health Authority has done some studies with results starting to come out. Noise affects 15-26% of the Malartic population, with measures up to 2-2.5 km away. Ground tremors are felt by the population with 15-26% stating these are affecting them or highly affecting their daily life functions. Dust affects 27-48%. Malartic used to have 3-4 full time family physicians; currently they have no doctors, and recruitment has not been successful.

Promised economic benefits to the city have not materialized as the population has decreased by 10%, whereas other cities in the region have grown. Businesses are closing in their downtown and 1/3 of the remaining population wants to relocate or move away, however, they are not able to sell their houses, and are not receiving compensation for their devalued homes.

The data kept by monitors in the town is not available to the public, without requests under the Freedom of Information Act. Now, 5 years into operation the impacts are clear and with over 339 environmental infractions are on record, the Citizens of Malartic are preparing a class action lawsuit against Canadian Malartic Mining.

Ms. Gagnon is presenting her open letter of concern to the Kamloops City Council as Kamloops is at a crossroads in a similar situation. KGHM Ajax would be twice as large, uphill and upwind of a larger and very established urban population. “Right now you have the power today to say no, but if ever you say yes to this, you need to obtain legal and financial guarantees in advance because there will be an impact to people’s health, well-being, and quality of life.”

The B.C. and federal regulators are accepting public comments on the AJAX open pit mine until April 11: https://ajax.projects.eao.gov.bc.ca/public/project/569d3edbbfa11d0c009f92ee 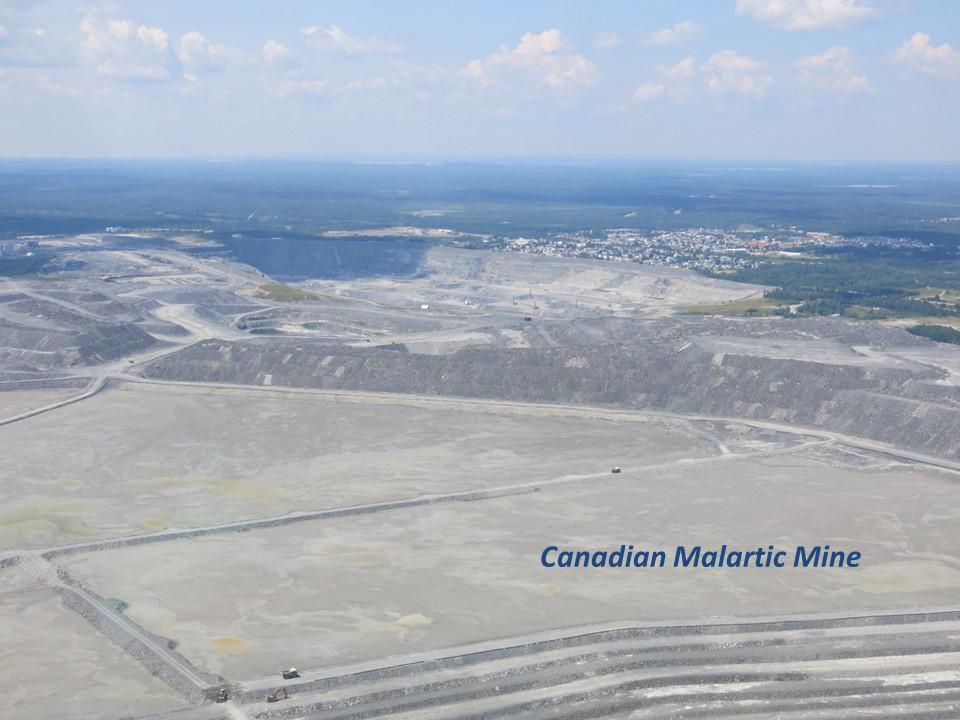