Dead Mine Walking? Federal Court Reconfirms Taseko’s “New Prosperity” Mine a ‘No Go’

(Vancouver/Ottawa) The Federal Court dismissed a Taseko Mines Ltd. lawsuit in a ruling issued earlier this week, closing the door on the company’s most recent bid to build a copper-gold mine in Tŝilhqot’in territory in central British Columbia.

The Court turned down the company’s challenge to the federal environmental review panel report – which found that the “New Prosperity” project would have several significant effects on the environment and on the Tŝilhqot’in Nation – and the federal decision-making that accepted that conclusion and rejected the project. Taseko has until early January of 2018 to appeal the Court’s decision.

MiningWatch Canada, represented by Ecojustice lawyer Sean Nixon, intervened in the court case in order to reinforce the integrity of several key aspects of the environmental assessment process, which echoed earlier findings that the project in its original form posed an unacceptable risk to the environment and specifically to Teztan Biny (“Fish Lake”), a site of great importance to the Tŝilhqot’in Nation.

The Tŝilhqot’in National Government – supported by many individuals and groups, including MiningWatch and Ecojustice – has been fighting to stop this mine project for many years, through its various incarnations as “Prosperity” and then “New Prosperity.”

“We are very relieved that the latest chapter of this long, sordid story might finally be over,” said MiningWatch Canada spokesperson Jamie Kneen. “But we’re especially pleased that the Court endorsed our arguments about the need for precautionary decision-making in the environmental assessment process, and the importance of proponents providing adequate information about how they propose to address a project’s environmental effects.”

The precautionary principle is key to ensuring that projects can only proceed if the risks to the environment are clearly understood and the proponent has shown how it will address them. In this case, Ecojustice and MiningWatch argued that Taseko undermined the meaningful assessment of these risks by claiming it would address them after the assessment was completed and that it didn’t need to provide a more detailed analysis.

“Taseko took a backwards approach when it claimed it would find a way to manage these risks at some later time,” Nixon said. “No project should get a green light in an assessment unless the proponent can show that all serious risks can be safely managed. The safety of communities and the environment depend on it.”

The Court was critical of Taseko’s failure to give details about mitigation measures, and found that it was reasonable for the review panel to reject Taseko’s vague promises that “adaptive management” could address serious environmental problems that might arise later on.

Kneen commented, “Adaptive management is a valuable approach to modifying mitigation measures in response to environmental change, new technology, or improved standards.” He added, “It’s not a substitute for actually doing a thorough and robust analysis of different mitigation options and contingencies.”

MiningWatch is hopeful that this ruling will also put an end to Taseko’s continuing efforts to develop this ill-conceived project. The Tŝilhqot’in National Government and the federal government had to go to court this summer to stop the company from trying to do additional drilling and exploration work in the area in support of the rejected New Prosperity project.

[108] Therefore, if the Panel did not agree that Taseko's proposed mitigation measures were feasible or that they would mitigate the significant adverse effects, it did not need to take these into account. Further, the Amended Terms of Reference indicate that the Panel is only required to identify mitigation measures that it recommends. [Underlining added by the Court; bolding added.]

[120] With respect to the precautionary principle, there does not appear to be any dispute between the parties that the Panel was required to assess the proposal in a precautionary manner….

[121] However, there is clearly a conflict between the parties as to what this entails. Taseko's proposal relied on adaptive management; that is, Taseko proposed that environmental risks and mitigation measures could be dealt with during further stages of development. Other parties considered this an inadequate approach, and sought more information on the risks and feasibility of mitigation. [Emphasis added.]

[122] The Panel recognized the possibility of adaptive management, but found that it could not defer important decisions to the next stage of the process. [Emphasis added.] In the Report, the Panel referenced the requirement that it act in a precautionary manner and stated, with respect to water quality in particular:

Taseko declined to provide some materials requested by the Panel and by other participants (e.g., description of water quality model for Fish Lake). To deal with the resulting uncertainties, the Panel considered various risk management strategies, including adaptive management in some circumstances. However, when the Panel concluded the potential adverse environmental effects were potentially “significant”, it did not agree that deferring decisions on the approach to manage the risk to subsequent regulatory processes is appropriate. It is necessary at the environmental assessment stage for the Panel to determine if a significant adverse effect is likely and to consider if and how the risk can be managed to acceptable levels. [Underlining added by the Court.]

[123] It was reasonable for the Panel not to accept Taseko's “vague assurances” that it would engage in adaptive management in order to deal with adverse environmental effects. The Panel sought information on environmental effects and mitigation measures, and Taseko refused to provide this information. It was entirely reasonable, and in line with the Panel's (reasonable) interpretation of the precautionary principle, for the Panel to conclude that the concentration of water quality variables in Fish Lake (Teztan Biny) and Wasp Lake would likely be a significant adverse environmental effect. [Emphasis added.]

[124] Indeed, acceptance of vague adaptive management schemes in circumstances such as these would, in my view, tend to call into question the value of the entire review panel process – if all such decisions could be left to a later stage, then the review panel process would simply be for the sake of appearances. [Emphasis added.] 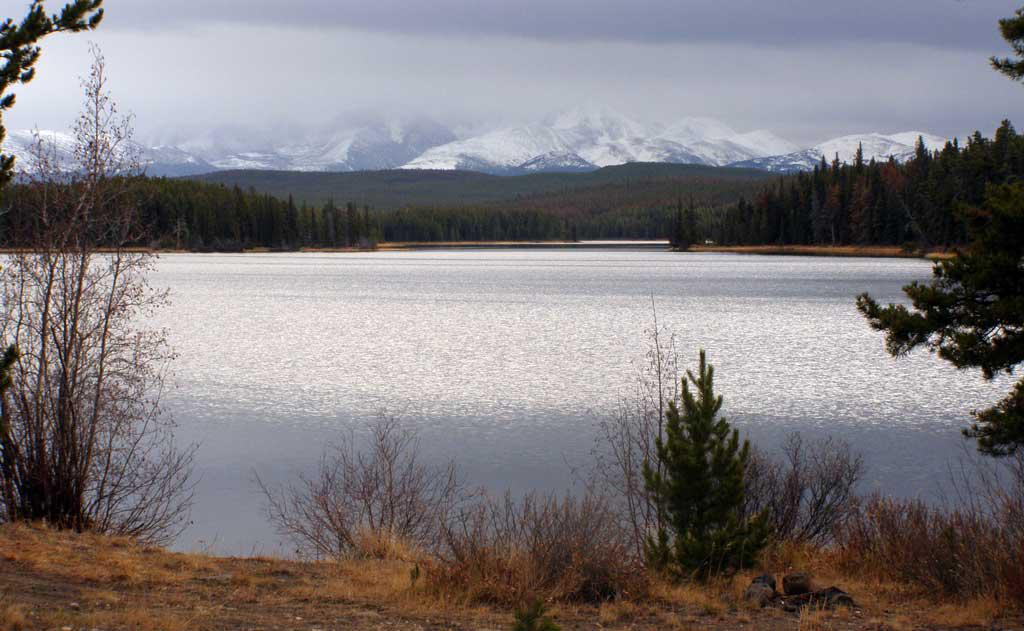