(Cuenca, Ecuador/Ottawa, Canada) Local governments in the area affected by the Loma Larga mining project owned by Canadian company INV Metals have declared that they will prohibit mining in order to protect water sources, related ecosystems, and the affected population. To continue investing in this project, as INV Metals announced in early February, will jeopardize water and health, and be an investment in social conflict, say local organizations.

In October 2016, the government of the province of Azuay unanimously resolved to prohibit metal mining in the high-altitude wetlands known as páramos, as well as water sources and fragile ecosystems under threat in the province. It directed local and national authorities to immediately take action to revoke authorizations that have been granted for mining activities.

In late January 2017, the Council of the County of Cuenca declared its territory, páramos, fragile and threatened ecosystems, and water sources free of metal mining. INV Metals’ roughly 8,000-hectare Loma Larga project is within the county of Cuenca, along with 15,000 hectares of mining concessions that the company recently requested for further exploration activities.

“The position taken by the Council is an important victory, declaring the county of Cuenca and the páramos free of metal mining. This is something we’ve wanted for a long time, in defence of water, páramos and the rights of the affected communities. This decision is key, grounded on the Constitution, and we are hopeful that this will lead to measures to stop the avalanche of metal mining,” remarked Nidia Solis, member of the activist group Yasunidos de Guapondelig in Cuenca, Ecuador’s third largest city.

Federico Guzmán, in representation of residents of the rural parish of Victoria del Portete in the county of Cuenca, downstream from the páramo area known as Kimsacocha where the Loma Larga project is located, stated that the communities have been resisting mining for 14 years already, and their struggle continues.

In early February, more than 1,100 people from affected communities and around the country attended the International Gathering for Water and Pachamama at which they reaffirmed their complete opposition and resistance to every form of dispossession from their territories, lands, waters, and natural areas as a result of large-scale mining, locally and nationally.

Despite this, INV Metals announced in early February that it was selling shares for CAD$24 million dollars to two investors, GMP Securities L.P. and Clarus Securities Inc., in order to continue investing in the area. According to INV, Canadian mining company IAMGOLD will remain a principal shareholder in INV Metals.

“We are not going to stop fighting for our water and our health. It’s time that the company and its investors abandon the Loma Larga project and their mining concessions in Azuay, which are in our páramo and our water sources, on which our very lives depend,” concluded Bolivar Quezada from the Community Water Systems of the county of Girón, just south of Cuenca.

An expert report from the U.S. consultancy Kuipers & Associates, based on a review of available studies concerning proposed mining projects in the county of Cuenca, including INV Metals’ Loma Larga project and the Chinese company Junefield Mineral Resources’ Rio Blanco project, found that these projects should not be developed given the high risk that nearby water sources could be contaminated with arsenic and heavy metals, and that the quality and quantity of available water supplies could be seriously affected from underground mining activities in such a fragile páramo ecosystem. 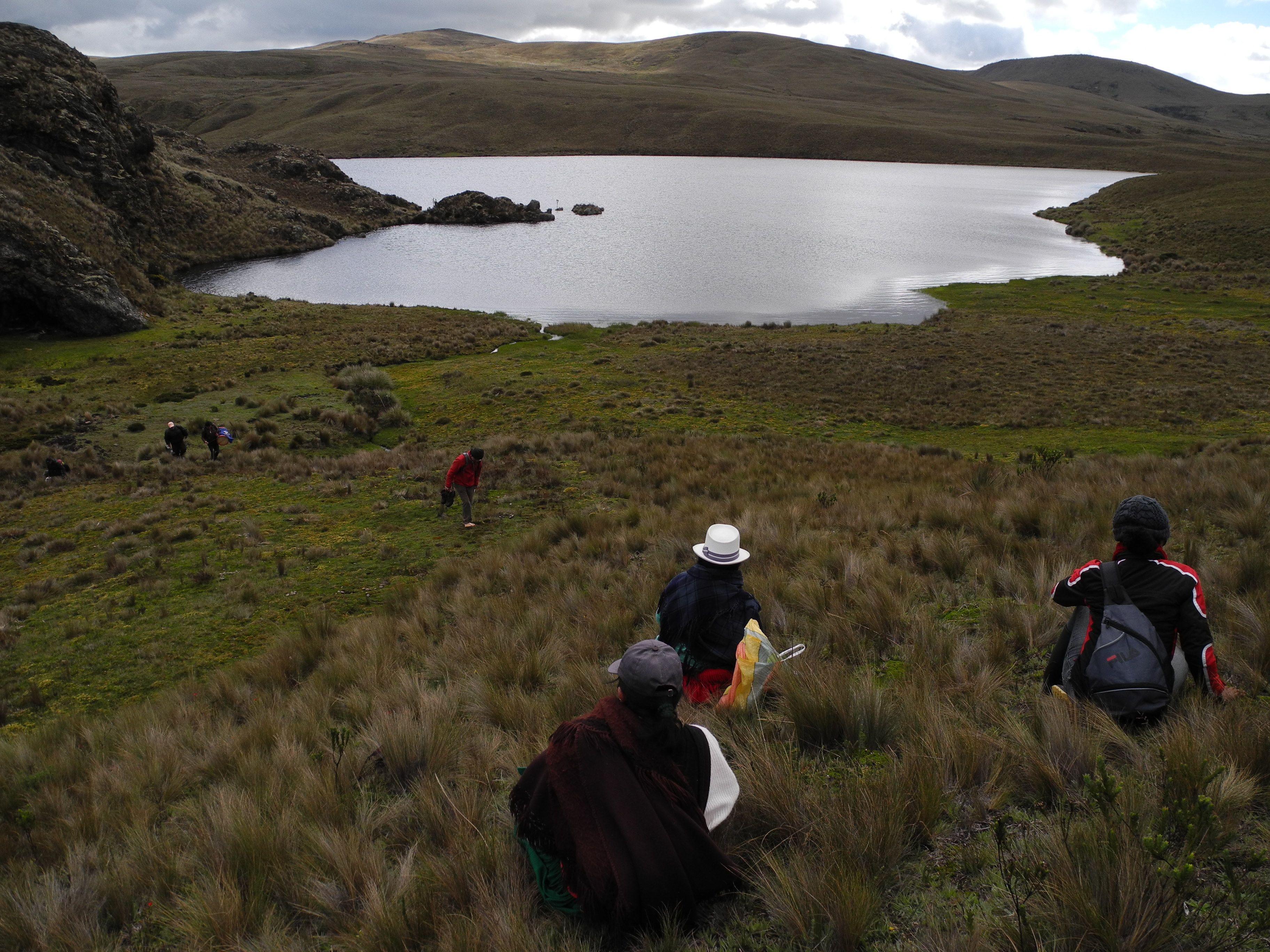