Village Houses Burnt Down – Again – at Barrick Mine in Papua New Guinea; Violence Against Local Men and Women Continues Unabated

(Ottawa, Canada and Porgera, Papua New Guinea) Before dawn on March 25, some 150 houses in the village of Wangima were burnt to the ground by Mobile Units of the Papua New Guinea police, according to reports from Akali Tange Association, a human rights organization in Porgera. Wangima is located inside the mine lease area of Barrick Gold’s Porgera Joint Venture (PJV) mine. The violent raid on the village occurred while people were sleeping. Barrick has now confirmed allegations made by the Akali Tange Association that a Papua New Guinea police operation on the 25th of March led to the destruction of homes belonging to villagers of Wangima, though claiming only 18 houses were destroyed.

Akali Tange Association’s McDiyan Yapari interviewed the victims while their houses were still smouldering. In a letter sent to Barrick’s President Kelvin Dushnisky, Yapari records an interview with one of the victims: “an owner of one of a [sic] houses that was burnt down said that he was fast asleep at around 5:30 am in the morning when the PNG Police Mobil Squads forcefully broke his houses door and entered. After entering his house, they dragged him out of his house half naked and a policeman set his house on fire. He further said that he did not get even a single shirt or a pant. Everything he owns including cooking utensils, clothes, beds and other valuable properties were all burnt down.”

Barrick says that the PJV mine has been advised that warrants were issued by the Porgera District Court for the raid and asserts that mine personnel had no prior knowledge of the police action. This response is remarkable as it does not explain how such a planned raid could occur in a village inside Barrick’s mine lease area without Barrick’s prior knowledge – particularly as there is a history of such house burnings in Wangima by police involved with the mine, as reported on by MiningWatch in 2009 and 2014.

Police who guard the mine are housed, fed, clothed and paid by the mine which is 95% owned by Barrick (Niugini) Ltd., in turn 50% owned by Barrick Gold. Yapari refers in his letter to Barrick’s Dushnisky that one of the police involved in the raid told Yapari that the “Company gave us orders and that we had no choice but to follow their directives,” adding, “We are here working for money and if we don’t follow orders, we will not be paid our daily allowances.”

Yapari was also told that young girls were gang raped and young men beaten in the raid. Violence against local men and women by mine security guards and Papua New Guinea police, who guard the mine under a Memorandum of Agreement (MOA) with the Papua New Guinea state, is also long-standing and ongoing. Barrick has never released the MOA. Yapari highlights the ongoing violence against locals by mine-related security by describing an “incident of gang rape on Monday, 20th March, 2017 at around 3:00 pm. One eyewitness said women were crossing a haul road when the Barrick hired PNG Police Mobil [sic] Squads patrolling the Mine’s Waste Dump held them up during the daylight and gang raped them.”

Barrick’s public statement does not address the violence that reportedly accompanied the house burnings, nor the allegations made by Yapari of gang rape on March 20.

“It is simply incomprehensible that Barrick does not publicly condemn house burnings by police occurring on the mine’s lease area, by all accounts by police funded by Barrick, as these are gross violations of human rights,” says Catherine Coumans of MiningWatch Canada, “Does Barrick think it is appropriate to send police to remove people from where they sleep and burn down their houses and possessions?”

Yapari says, “Barrick needs to give us an explanation for these continuous violent raids on our people and must give immediate humanitarian aid to the victims as well as remedy for the losses and personal harm they have suffered.” 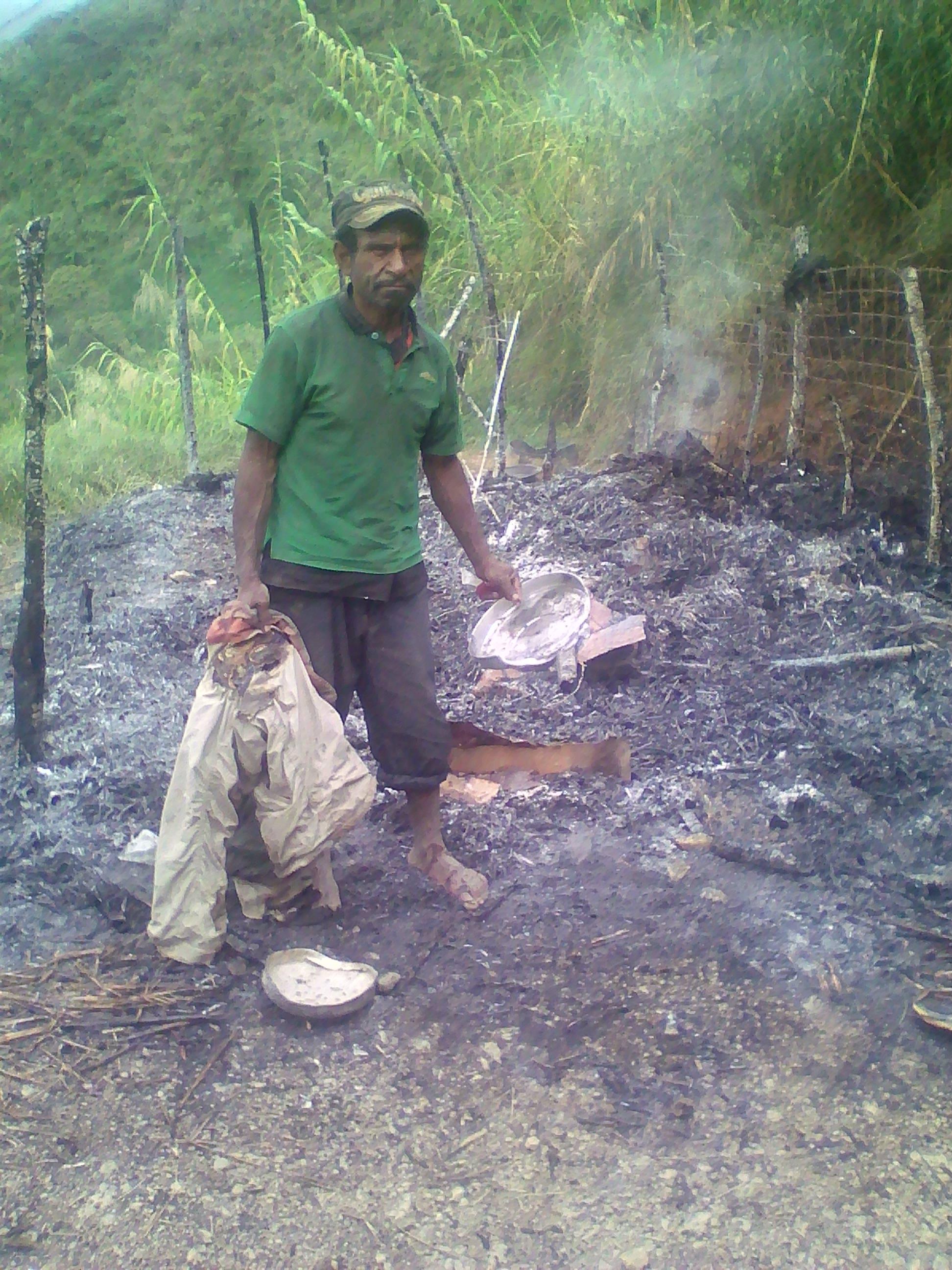 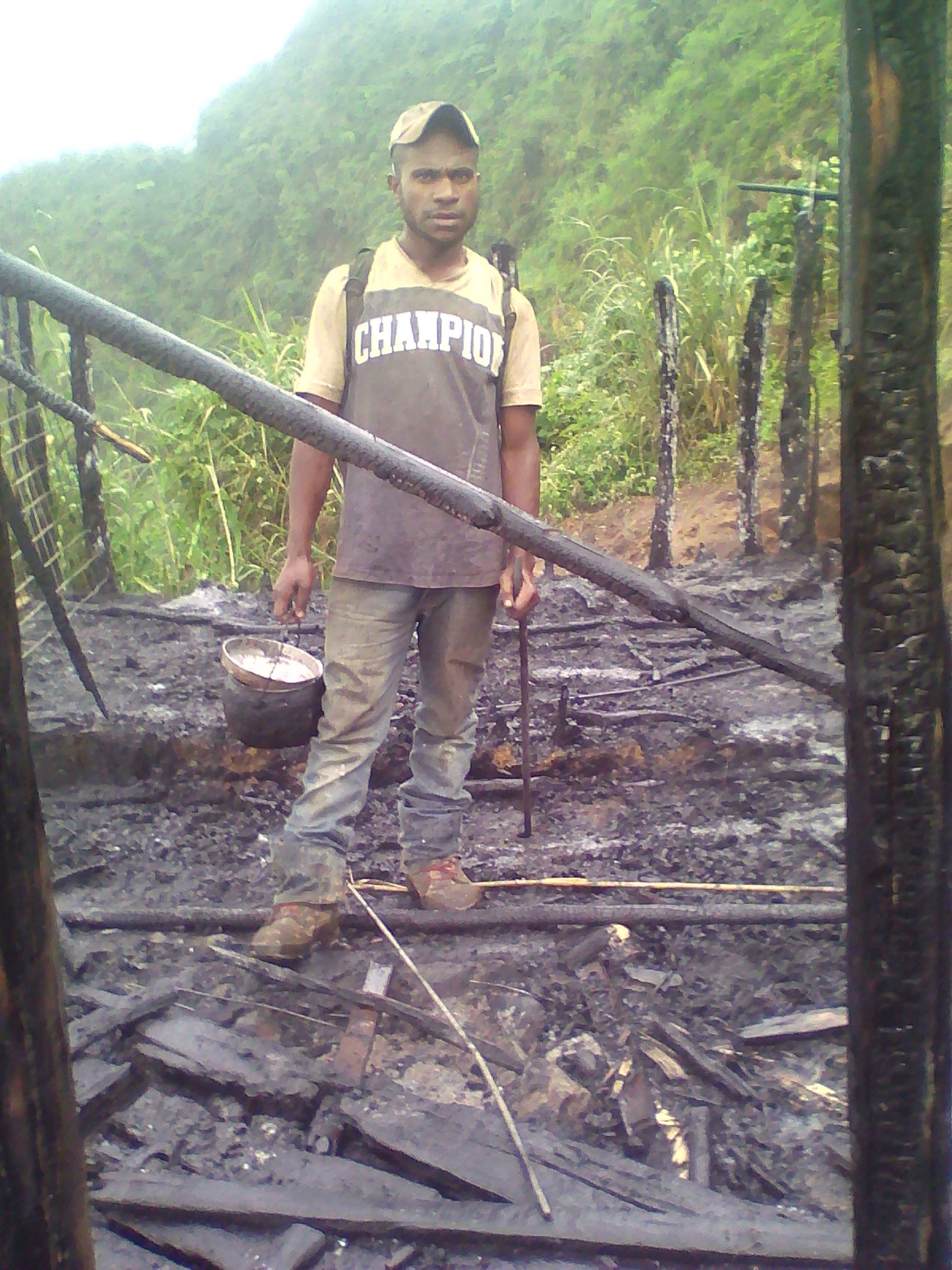 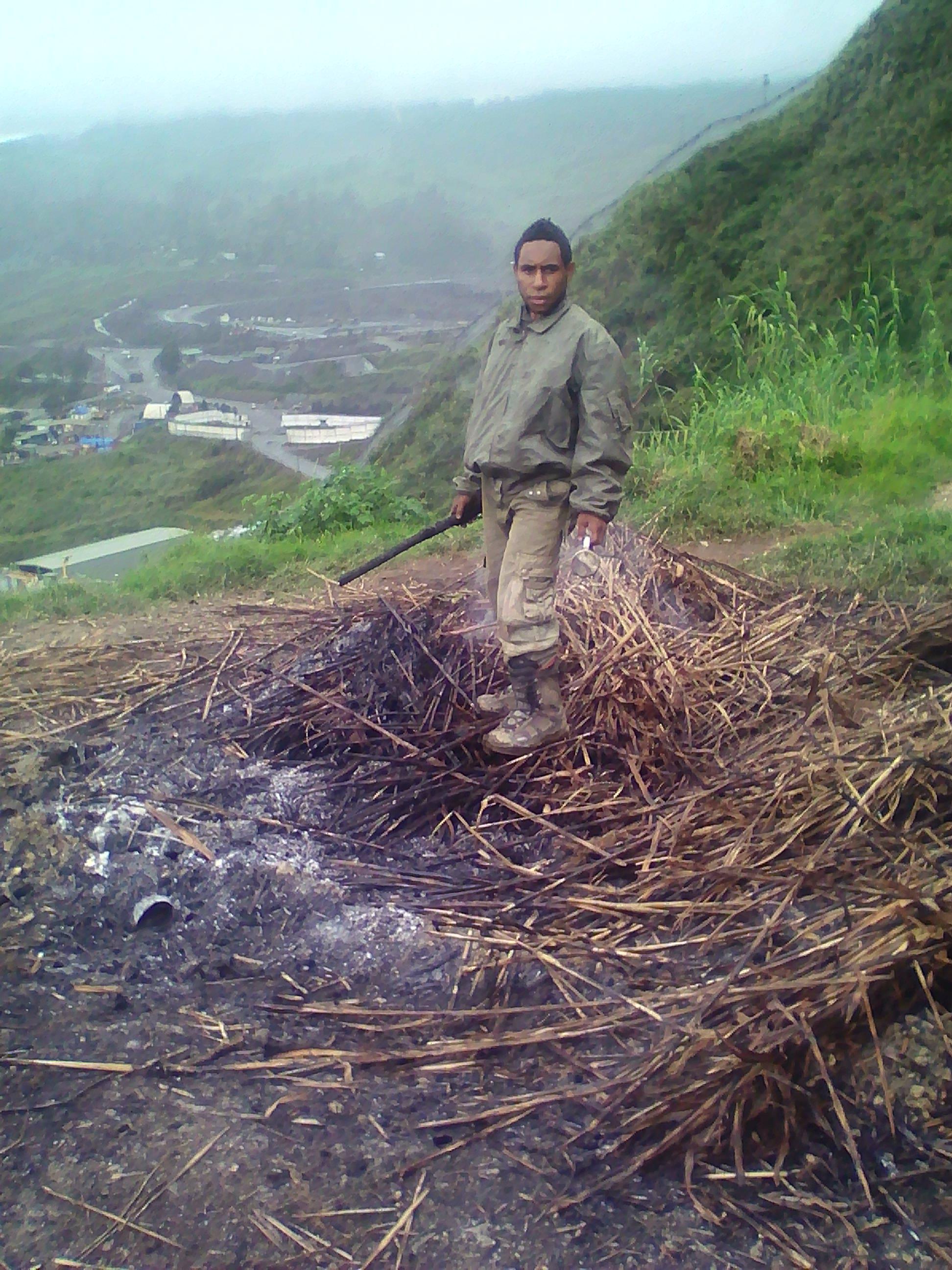 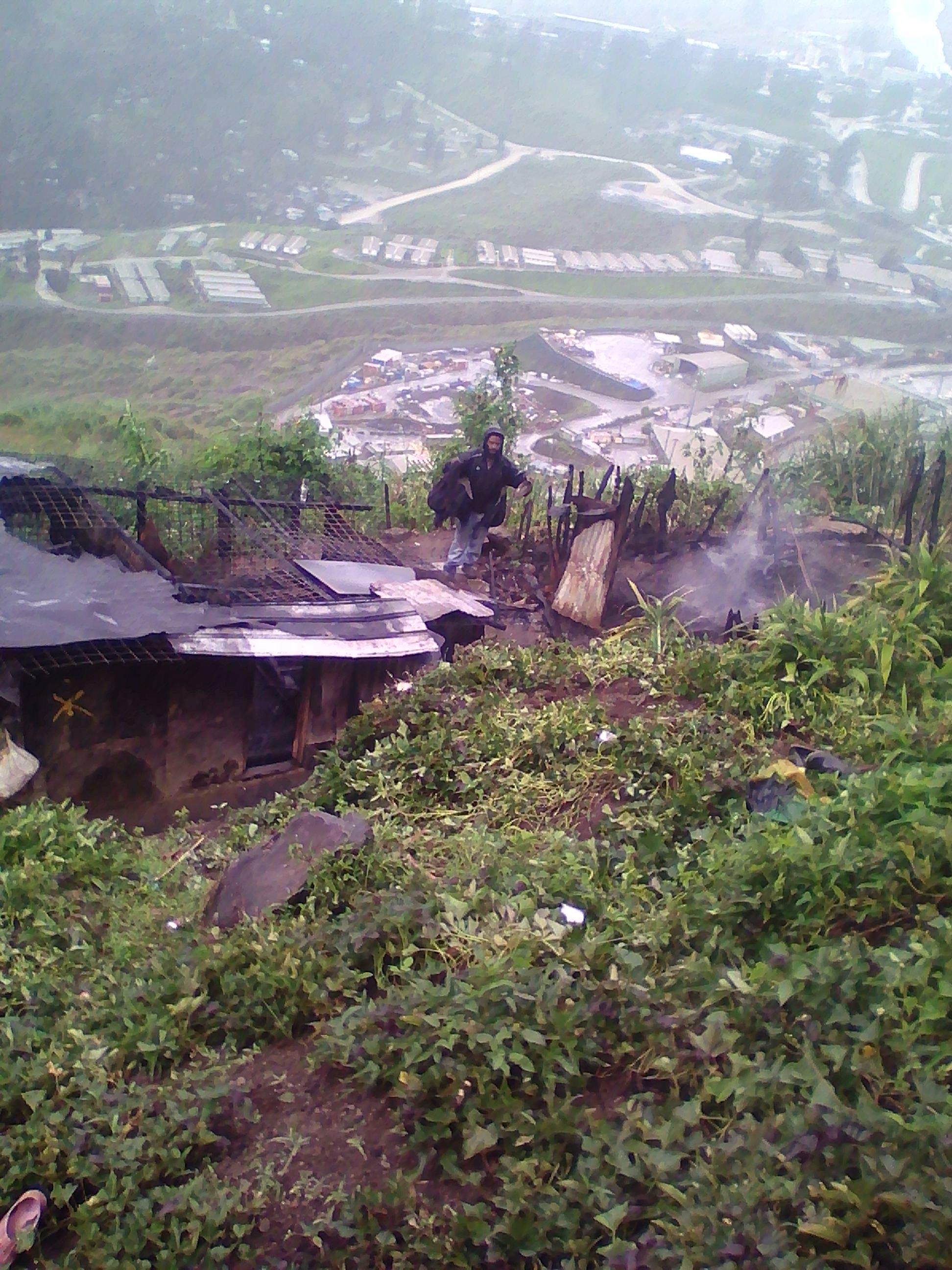 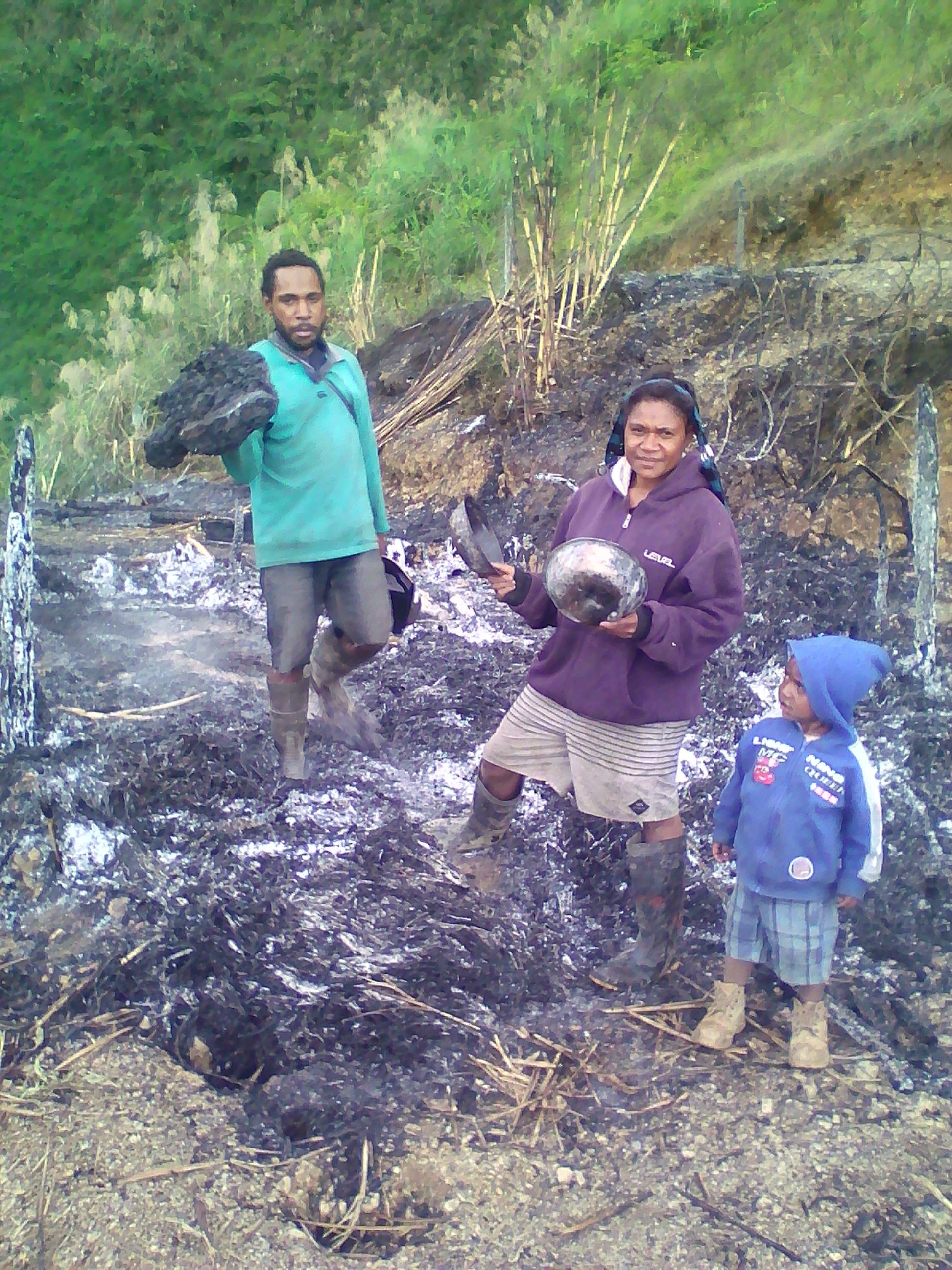 Barrick Gold Statement on Policing Activities in the Porgera Region