As Salvadoran Congress Prepares to Vote on Unprecedented Bill to End Metal Mining, Governor From the Philippines Crisscrosses El Salvador to Reveal Impact of OceanaGold’s Operations in His Province

(San Salvador/Ottawa) Visiting this Central American nation on the eve of a historic vote on legislation to ban metallic mining, a government official from the Philippines is warning Salvadoran political leaders that the mining company trying to gain a foothold here has wreaked social and environmental havoc with its operations in the Philippines.

“The reality of OceanaGold's so-called 'responsible mining' in the Philippines has been an environmental disaster. Judge it by the reality of its mining operations in my country not by its words or promises,” remarked the Governor of the province of Nueva Vizcaya, the Honourable Carlos Padilla.

While in El Salvador, Governor Padilla has testified before members of the public and in legislative forums about the serious impacts of Australian-Canadian mining company OceanaGold’s operations in the Philippines.

“With photos, videos & very clear data, Governor Padilla and his engineer have demonstrated how OceanaGold has flaunted rules & regulations in the Philippines -- from environmental regulations to labour laws,” said Robin Broad, Professor of International Development at American University in Washington, who is accompanying the delegation from the Philippines in El Salvador.

On the topic of water—a crucial matter in this parched Central American nation—Padilla observes that OceanaGold’s open-pit mining in his province of Nueva Vizcaya has put a critical watershed at risk, and exhausted wells and rice irrigation reservoirs, harming in particular the communities around the company's Didipio mine.

According to the Governor, the mining company's Didipio gold and copper mine has destroyed 975 acres of grasslands, forests and species habitats and incited strife, theft and respiratory problems in neighbouring communities.

In El Salvador, OceanaGold has unsuccessfully sought to pressure the government into granting it a mining permit. The company acquired the El Dorado project in the northern province of Cabañas when it purchased Pacific Rim Mining in 2013, whose principal asset was a US$250 million dollar arbitration suit against El Salvador.

Six months ago, in an important ruling for affected communities and the Salvadoran government, the World Bank Group’s international arbitration panel found that El Salvador did not have to pay compensation to the mining company, given that the company never met regulatory requirements to obtain a permit.

According to Broad, the American University professor, the company's case proved to be so weak that the three-person panel ruled unanimously against it. The company had never acquired the rights to all the land in the area it sought to mine, nor had it completed a feasibility study or gotten its environmental license approved.

“The company’s suit against El Salvador and stubborn insistence on sticking around, seem to have worked against it,” Broad said. “Here in El Salvador, there is broad-based opposition to mining linked to concerns about already stressed water supplies.”

Broad noted that the government of the Philippines recently suspended OceanaGold’s Didipio mine on environmental and social grounds.

In the Philippines, the company has also faced complaints of forcible and illegal demolitions of homes, as well as harassment of residents and violation of indigenous cultural rights, in addition to the effects on the regional water supply. Two community members involved in anti-mining activities were murdered in 2012 in connection with conflict over the mine.

Just after the Governor’s presentation to a Salvadoran legislative committee on Tuesday, members of the Committee on the Environment and Climate Change voted to approve the proposed ban on metallic mining, which goes before the full legislature later today.

In its October ruling, in the seven-year dispute between El Salvador and OceanaGold, the World Bank panel at the International Centre for Settlement of Investment Disputes in Washington ordered the company to pay El Salvador US$8 million in legal costs.

The company has not shown any indication that it will pay. Rather, it has stepped up a public relations campaign in El Salvador to try to persuade the government and the public that it is a responsible company. Yesterday, the World Bank tribunal ruled that the company must pay interest on the money owed.

“Out of respect for the self-determination of the Salvadoran people, it is time for OceanaGold to pay up the $8 million that it owes and pack up from El Salvador,” said Jen Moore, Latin America Program Coordinator for MiningWatch Canada, an Ottawa-based group advocating for communities affected by Canadian mining worldwide. “The company has tried to bully around the country for long enough with its costly suit, which it should never have been able to bring in the first place." Contact:

MiningWatch Canada is a member of the International Allies coaltion that acts in solidarity with the National Roundtable against Metallic Mining in El Salvador. 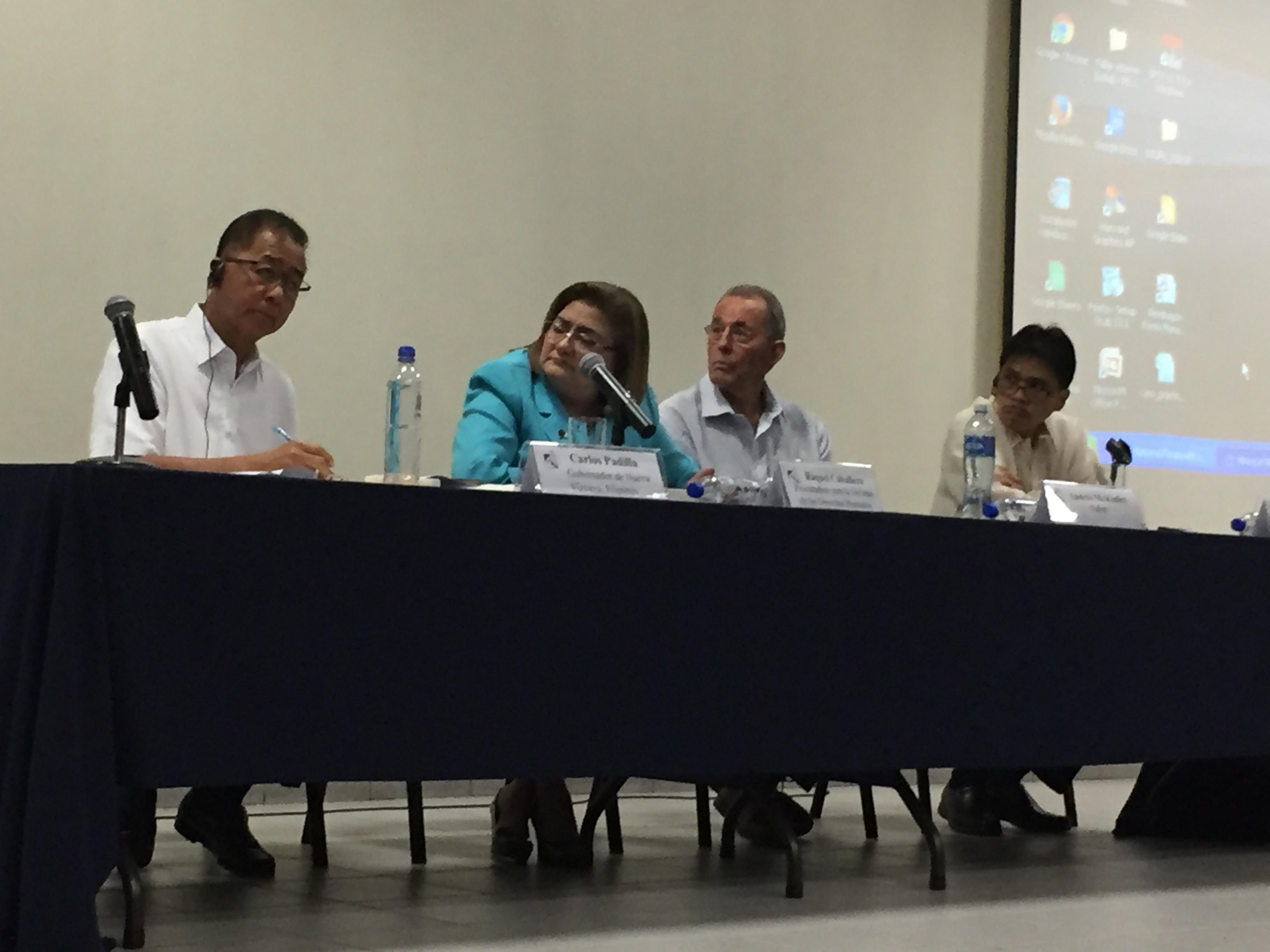