Scientists and civil society organisations from around the world welcome Apple’s 2017 Environment Responsibility Report announcing the communication technology giant’s goal to “stop mining the earth altogether”[1]. They call on other companies to match this commitment.

Apple’s goal is at odds with the excitement generated in some circles over proposals to mine the deep sea, and in particular by the world’s first deep sea mine (DSM) to be granted an operating licence in Papua New Guinea[2].

The announcement by Apple recognises the strong groundswell building for a circular economy that has eco-design, re-use, repairing, and recycling at its core. This will require other companies to also develop innovative business models and in particular mining companies to move beyond the current crude approach to sourcing minerals.

Professor Richard Steiner of Oasis Earth stated: “One of the default arguments of DSM proponents is that the world economy will need the Rare Earth Elements and other minerals from the deep ocean for a growing demand for communications technologies. Apple’s announcement shows this is will not be the case. The days of digging holes for raw materials, using them once or twice, discarding them into landfills, and then digging more holes for more raw materials to waste – are clearly numbered!”

Christina Tony, from the Bismarck Ramu Group in Papua New Guinea said, “Our coastal communities in the Bismarck Sea are subject to the world’s first deep sea mining experiment – driven by Nautilus Inc. and investors such as Anglo American. Why are these companies happy to sacrifice our people’s heath, livelihoods, culture, and marine environment. This primitive and violent approach to mining belongs with the dinosaurs. Apple is showing us a sophisticated vision of a sustainable future.”

Dr. Helen Rosenbaum, Deep Sea Mining campaign stated, “Deep Sea Mining is risky business as both the environmental impacts and the returns are complete unknowns. Nautilus’ Annual Information Form, lodged with Canadian securities, emphasizes the experimental nature of the Solwara 1 project. In addition, report after report[3] demonstrates the world’s oceans are already on the brink of peril. With our Pacific partners we call for a complete ban on Deep Sea Mining and for mining companies and electronics manufacturers to instead turn their mind to developing closed loop economies.”

Dr. Catherine Coumans of MiningWatch Canada says “Some mining for virgin minerals on land may still be required in the short term to meet demand not satisfied by recycling, urban mining and reducing consumption[4]. But these alternatives provide win-win solutions for society, the environment and the economy. The right choice is really a “no-brainer” and we welcome Apple’s foresight in leading the way. There is absolutely no need for deep sea mining[5].”

[1] No Mining Required; No more mining says Apple; and Apple will stop relying on mining for minerals ‘one day’.

[2]  See reports: Out of our Depth: Mining the Ocean Floor in Papua New Guinea (November 2011); Physical Oceanographic Assessment of the Nautilus Environmental Impact Statement for the Solwara 1 Project – An Independent Review (November 2012); Accountability Zero: A Critique of Nautilus Minerals Environmental and Social Benchmarking Analysis of the Solwara 1 Project (September 2015)

[3] Reports include: World Wildlife Fund (WWF) Reviving the Ocean Economy (2015); The Living Planet (2016);  International Union for Conservation of Nature (IUCN) State of the Ocean (2013); Explaining Ocean Warming (2016); and the United Nation’s World Ocean Assessment 2016, which is a global inventory of the state of the marine environment and problems threatening to degrade the oceans. Recent research from the MIDAS consortium indicates a concrete risk that deep sea mining would lead to serious irreversible harm.

[4] For example, California based Blue Oak Resources estimates that every year mining companies spend roughly $12 billion for virgin ore deposits. While tons of cell phones and other electronics are thrown out every year, each ton contains 70 times the amount of gold and silver found in virgin ore. For copper the number is even higher, with the equivalent of roughly one-third of global mining production thrown out in e-waste globally every year; ‘Urban mining’: UBC engineers say e-waste richer than ore pulled from the ground, Can ‘urban mining’ solve the world’s e-waste problem? 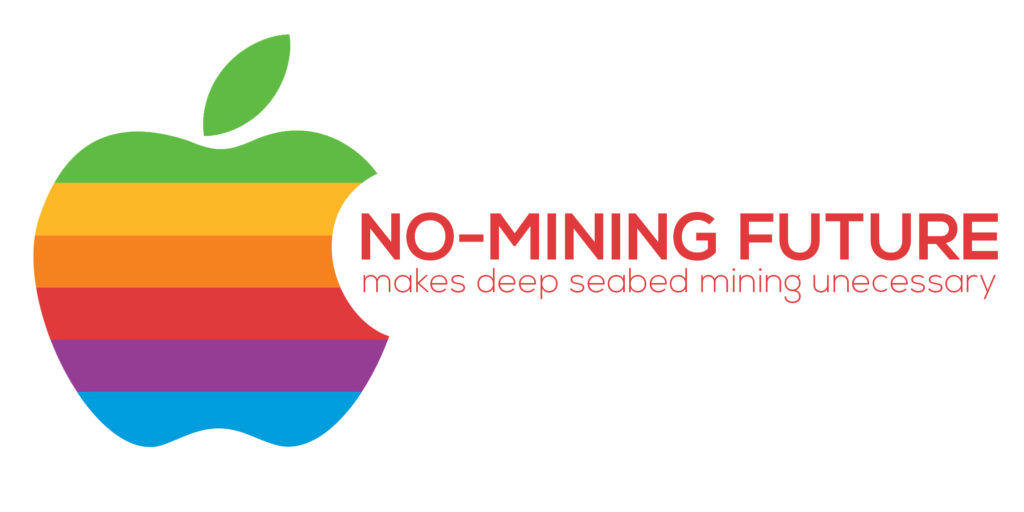