(Ottawa) On October 14th, after several months of failed negotiations between Canadian company Teck Resources (TECK.A)’s Chilean subsidiary “Teck Carmen de Andacollo” and the Carmen de Andacollo Miners’ Union, the union declared a general strike against the company, paralyzing the company’s only operational mine in Chile.

According to the union’s president, Manuel Alvarez, the company is ignoring requests to dialogue and has failed to take the union’s demands seriously, an insult to the months of preparation and effort it put into identifying clear, tangible and just demands.

The company has been telling the union that it is cash-strapped and that workers are going to have to tighten their belts. On October 24th it notified its unions that it would be reducing 500 positions across the company as part of a Costs Reducing Program (Internal Announcement 19-88-TRI). Yet, the company’s Annual Report for 2018 noted that 2018 was a record year, with “record revenues of $12.6 billion,” “record gross profit (before depreciation and amortization) of $6.1 billion,” and “record profit attributable to shareholders of $3.1 billion.” Carmen de Andacollo reported a gross profit after depreciation and amortization of $121 million.

Some of the issues up for negotiation are an increase in wages to come closer to the national average for Chilean mine workers, investments in health services and better conditions for workers suffering “catastrophic” illnesses, and better retirement packages for older workers, among other demands.

“We heard that Teck invested 25 million dollars in a children’s hospital in British Columbia, here, they only pay for your transport to a hospital in another town. Some of our members are suffering from leukemia; this is a catastrophic illness. We want these comrades to deal with these kinds of illness with dignity, since it has such an impact on their lives and their families,” said Alvarez.

Carmen de Andacollo has been determined by government officials to be a region “saturated with contamination,” suffering some of the highest levels of air pollution in the region, with grave impacts for the health of the local population. Citizens have denounced the pollution, naming Teck as one of the companies to blame.

Chile has faced unprecedented protests across the country for the past two weeks, with the Confederation of Chilean Miners (CTMIN) expressing solidarity for the protesters, and some of the country’s biggest mines joining the marches for a 48-hour general strike on October 23rd. When asked whether or not his union supported the ongoing widespread protests, Alvarez noted:

“Just like the company, the Chilean government has refused to listen to the people’s real demands. They have kept people without a real minimum wage adjustment, and, let's not even talk about health care. The political class robs with both hands, while people are not paying attention. Power to the Andacollan people, power to the Chilean people! Changes won’t come from the government or politicians, change will come from the means of the people!”

Carmen de Andacollo blockaded roads on October 23rd in Andacollo, coinciding with other copper mines in the country. Their slogan is "Teck Lies" (see photo attached). 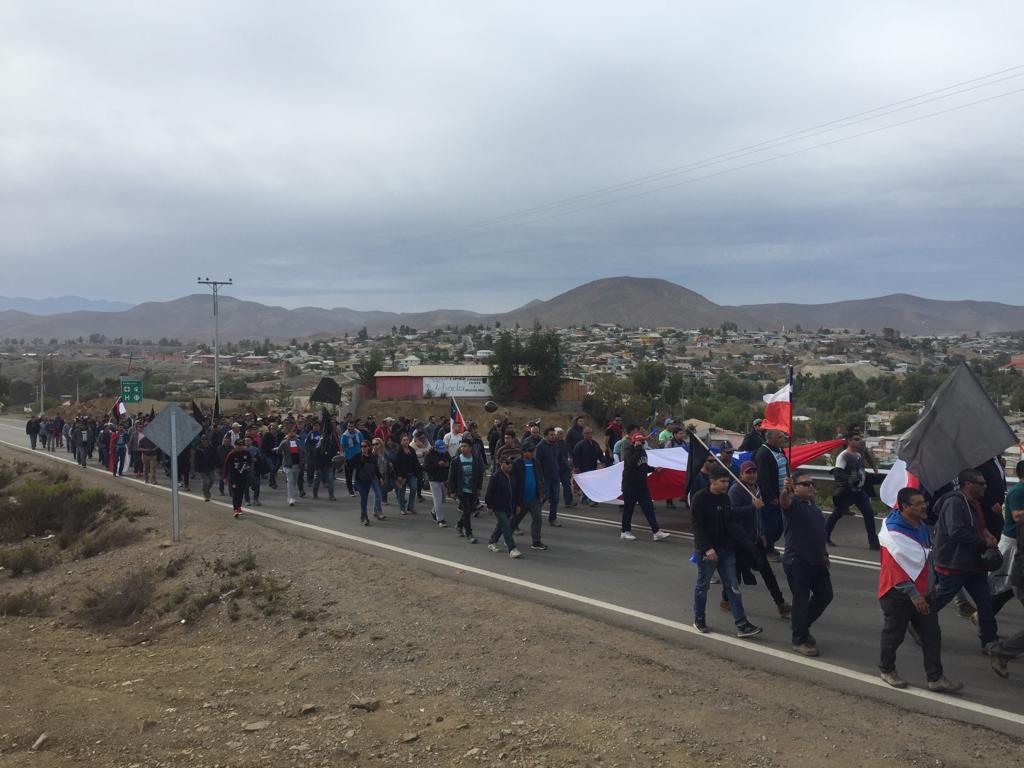 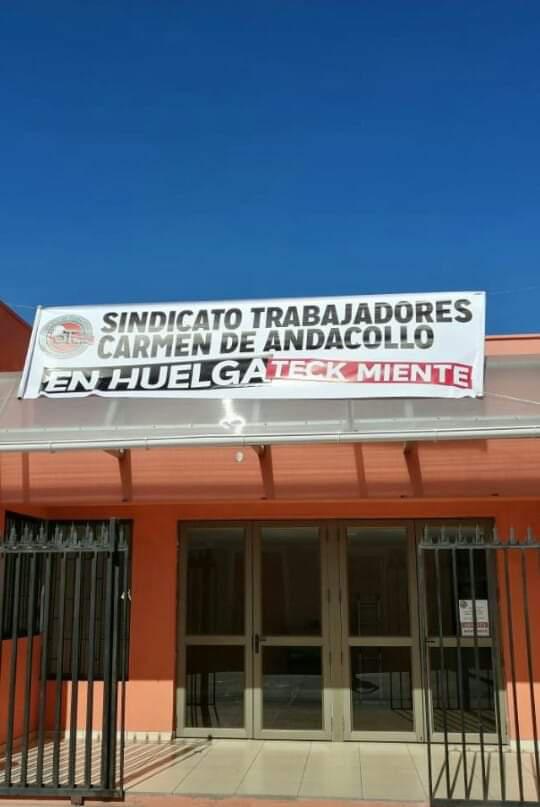