(Ottawa, Vancouver) On Wednesday, the Xinka Parliament of Guatemala drew over 1,000 community members to its press conference where Xinka Indigenous representatives called on Canadian company Pan American Silver (TSX: PAAS) to respect their right to freely participate in the court-ordered consultation process over the Escobal mine. Xinka communities demanded the company cease attempts to seek dialogue and community engagement in parallel to the consultation process, which they say is coercive, heightens tensions and puts them at greater risk of human rights abuses. Pan American’s May 8th shareholder meeting in Vancouver was its first since it acquired Tahoe Resources and the Escobal mine in February 2019.

Angus Wong, Campaign Manager at SumOfUs, a virtual community of millions of people from around the world committed to curbing the growing power of corporations, attended the Vancouver meeting to ask Pan American Silver to support Xinka People’s demands.

"Everything we heard today is that Pan American Silver is determined to build the Escobal mine despite clear opposition from Xinka communities," says Wong. "When we asked whether Pan American would commit to respect the Xinka people's right to freely participate in the consultation process, the Pan American CEO would not commit. As such, we will begin to engage our millions of members to ensure that the Escobal mine is not re-opened by Pan American Silver, much like communities and allied groups have fought back against Tahoe Resources for almost decade."

The Xinka Parliament’s lawyer, Quelvin Jiménez, reacted to the company’s response stating, “Pan American Silver clearly insists on continuing to manipulate and intervene in the consultation process with the Xinka People, despite being contrary to international standards. As the Inter-American Commission on Human Rights has stated: “…corporate actors, by definition, are not impartial given their profit motive.” The attitude of Pan American Silver is in open and clear violation of the ‘free’ character of the consultation, which will only increase conflict and put the process at risk. These practices are the same sort of thing that Tahoe Resources did to limit and violate our rights as Indigenous Peoples.”

This morning, during Pan American’ First Quarter 2019 conference call, CEO Michael Steinmann faced more questions about the Escobal mine. Contrary to the Xinka People’s view, he told analysts that the first stage of the consultation process to define the area of influence of the project is complete. According to a March 15 press release from the Xinka Parliament, multiple legal challenges regarding the area of influence are as of yet unresolved by the Supreme Court. As such, the first stage of the consultation is not over.

MiningWatch Canada’s Latin America Program Coordinator, Kirsten Francescone, joined the company’s call. She was not permitted, however, to raise a question given that the meeting was abruptly ended at the 45-minute mark after six other participants were given ample time.

“Today’s call left me with the impression that far beyond any commitment to the Xinka People and their rights, the company is committing to analysts and shareholders to move forward with Escobal irregardless of staunch community opposition to mining on their territory. We are very worried that any further company attempts at community engagement outside of the ongoing consultation process could have negative repercussions for the safety and well-being of communities living in the area,“ remarked Francescone.

Thousands of community members from three departments of Guatemala have maintained the around the clock protest demanding the permanent closure of the Escobal mine since 2017. Photos from yesterday’s press conference at the peaceful resistance camp in Casillas, Santa Rosa are available here. 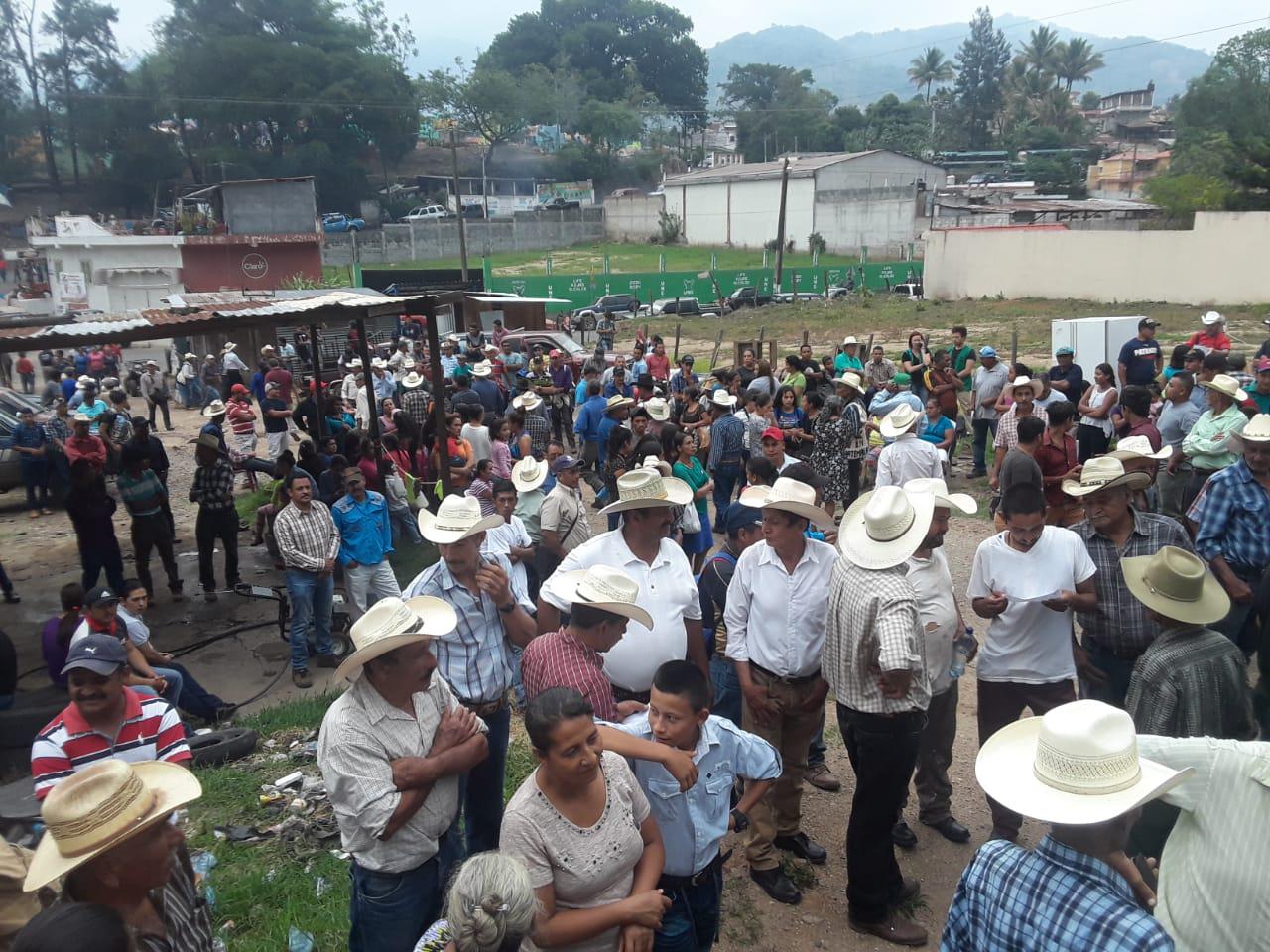 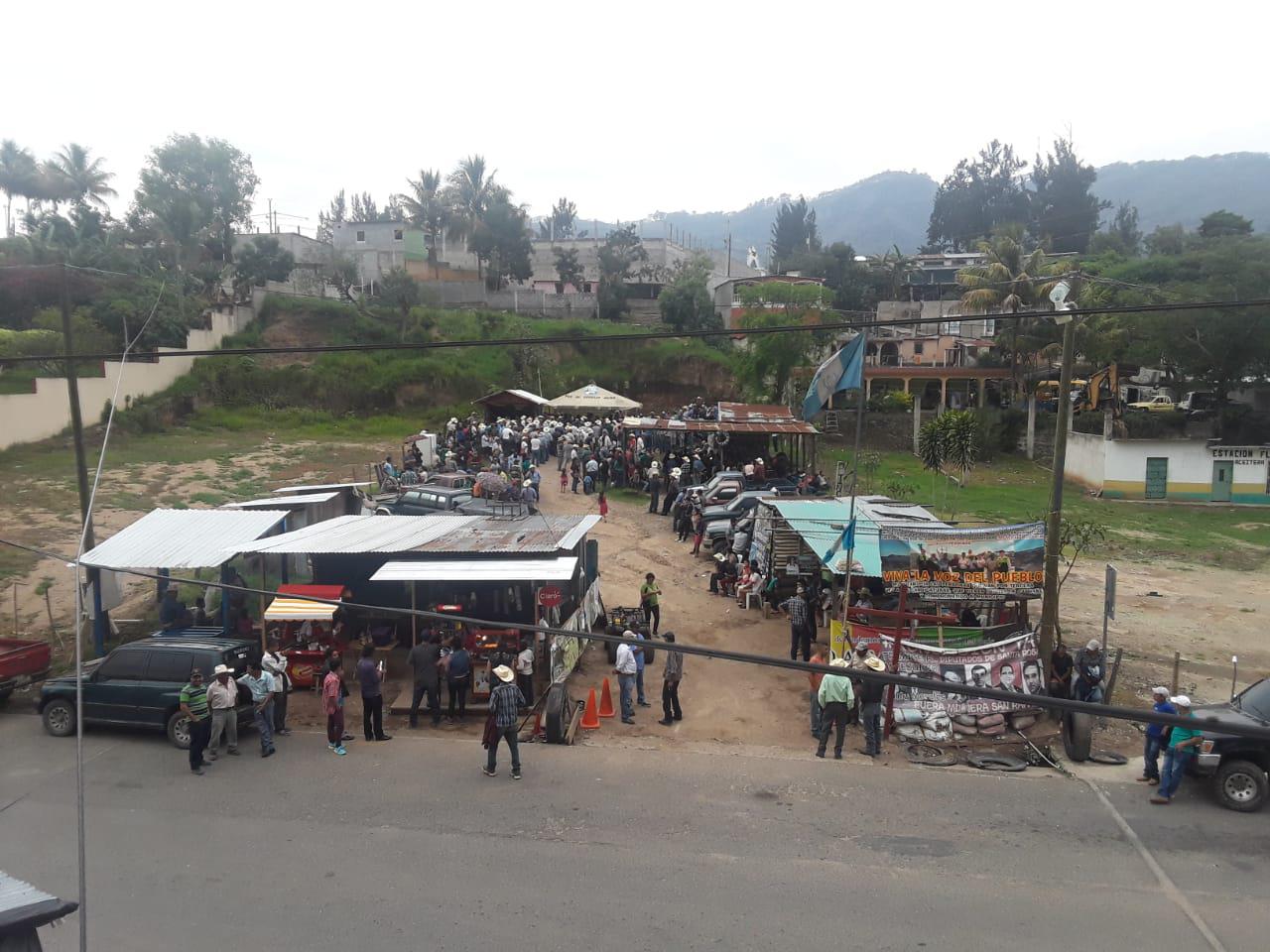 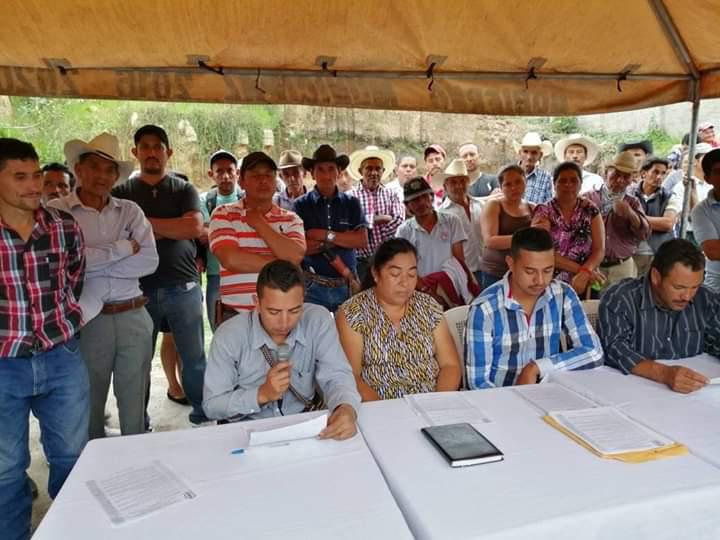