Ecuador – Intag Assembly: In Defence of Our Territory

(Intag, Ecuador) With the presence of approximately 2,000 people representing the 7 parishes that make up the Intag area, the Intag-wide assembly “In Defence of Our Territory” was held this Friday, September 20, 2019 in the community of Pucará, Apuela Parish.

The assembly was attended by Yacu Pérez, Prefect of Azuay; Monsignor Geovanny Paz, Bishop of Latacunga; and the Ombudsman of Imbabura, Katherine Andrade, who all addressed the attendees with emotional and deep reflections on the national mining problem.

The Mayor of Cotacachi, the Ministries of Environment and Energy and of Non-Renewable Resources, as well as the Mining Regulation and Control Agency (ARCOM) were all absent, despite having been invited; absent too were the heads of the mining companies that have concessions in the Intag area, such as ENAMI, CODELCO, Cornerstone, and Cerro Quebrado, a subsidiary of the Australian BHP, who were likewise invited.

The assembly members presented several resolutions in plenary which were then voted on, confirming the approval – by overwhelming majority – of the following resolutions:

Intag’s parishes are committed to executing the following resolutions

At the end of the event, parish leaders, along with the general public, pledged to firmly defend nature and life through an oath taken by Monsignor Geovanní Paz. 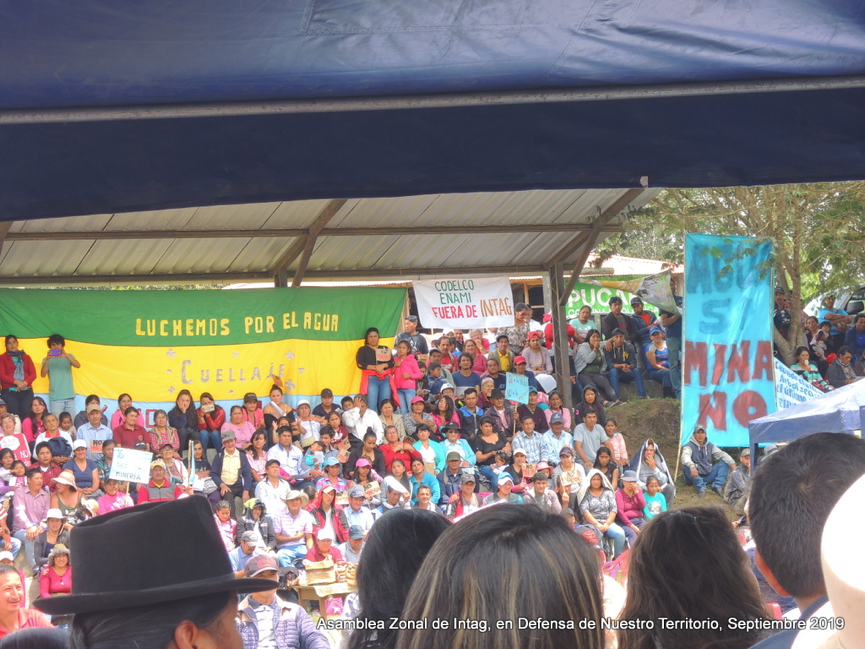 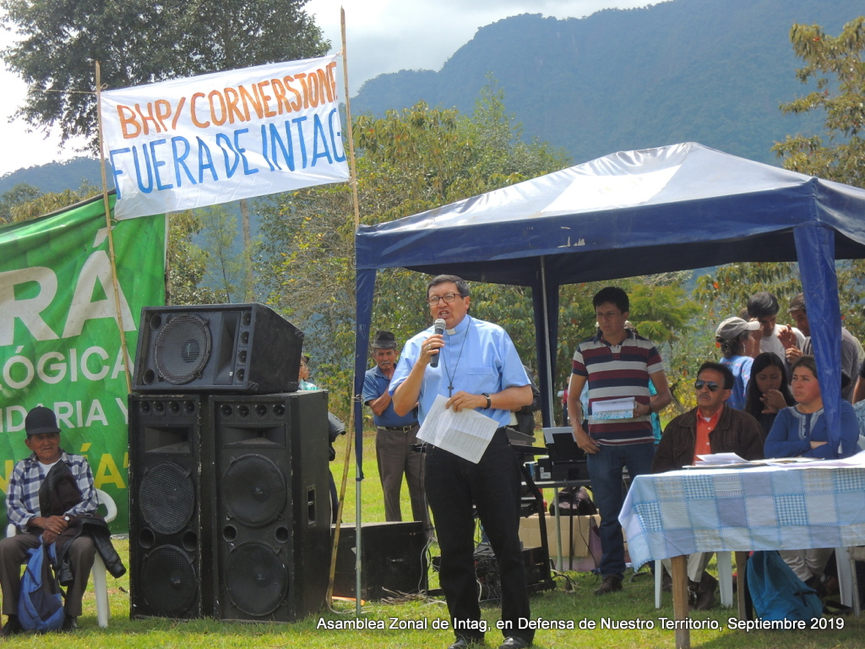