(Ottawa) There has been an explosion of international and national support for Ecuador’s Indigenous Shuar People, announced the Governing Council of the Shuar Arutam People (CGPSHA in Spanish) in a press conference yesterday. A week-long letter campaign coordinated by MiningWatch Canada and Amazon Watch to ensure that Canadian company Solaris Resources hears the CGPSHA’s demands provoked a powerful response.

“Over 450 individuals and 40 organizations sent letters to Solaris condemning its illegitimate consultation process on the Warintza project, and expressing their support for the CGPSHA’s position to protect their territories from mining”, Kirsten Francescone, Latin America Program Coordinator for MiningWatch Canada, told the online press conference.

The letters were written in support of an open letter the CGPSHA sent to the company on September 23, in light of recent statements by the company regarding supposed Impact Benefit Agreements (IBAs) that were signed with the Shuar Arutam communities Yawi and Warints. The company’s statement is just the latest of a series of claims it has been making to the public about a successful “consultation” process for its Warintza project, claims which have been repeatedly challenged by the CGPSHA.

Josefina Tunki, President of the CGPSHA, noted, “We want the company to know, and we are saying this loud and clear to the media today, that we do not want mining companies in our territories. We have been saying this again and again, and now we demand, with the public as our witness, that Solaris peacefully leave our territory. We don’t want conflict.”

The company’s failure to respect the self-determination of the Shuar Arutam nation is not only provoking increased tension in the region but also spurring new alliances from across the country and around the world. Today’s press conference included the presidents of the Confederation of Indigenous Nationalities of Ecuador (CONAIE in Spanish) and Confederation of Indigenous Nationalities of the Ecuadorian Amazon (CONFENAIE in Spanish) who expressed their solidarity with the Shuar Arutam and denounced mining and other extractive sector companies for violating the self-determination of Indigenous nations across Ecuador.

“We are calling, not only for unity among our Indigenous nations, but also a strengthening of our Indigenous Guard, so that they can continue to provide security and autonomy in our territories. And, as CONAIE, we affirm that if a mining company wants to enter a territory without the consent of the nations, we will be forced to process them using our traditional justice systems as is our right as Indigenous peoples,” said Jaime Vargas, President of CONAIE.

“We will not accept this invasion. We have said “no” to these companies and we do not want to be consulted. This is our position: we do not want to see our waters, our rivers and our families contaminated by mining,” said Tunki.

You can find the letter that was sent to Solaris Resources here.

For more information or to set up interviews with the CGPSHA, contact: 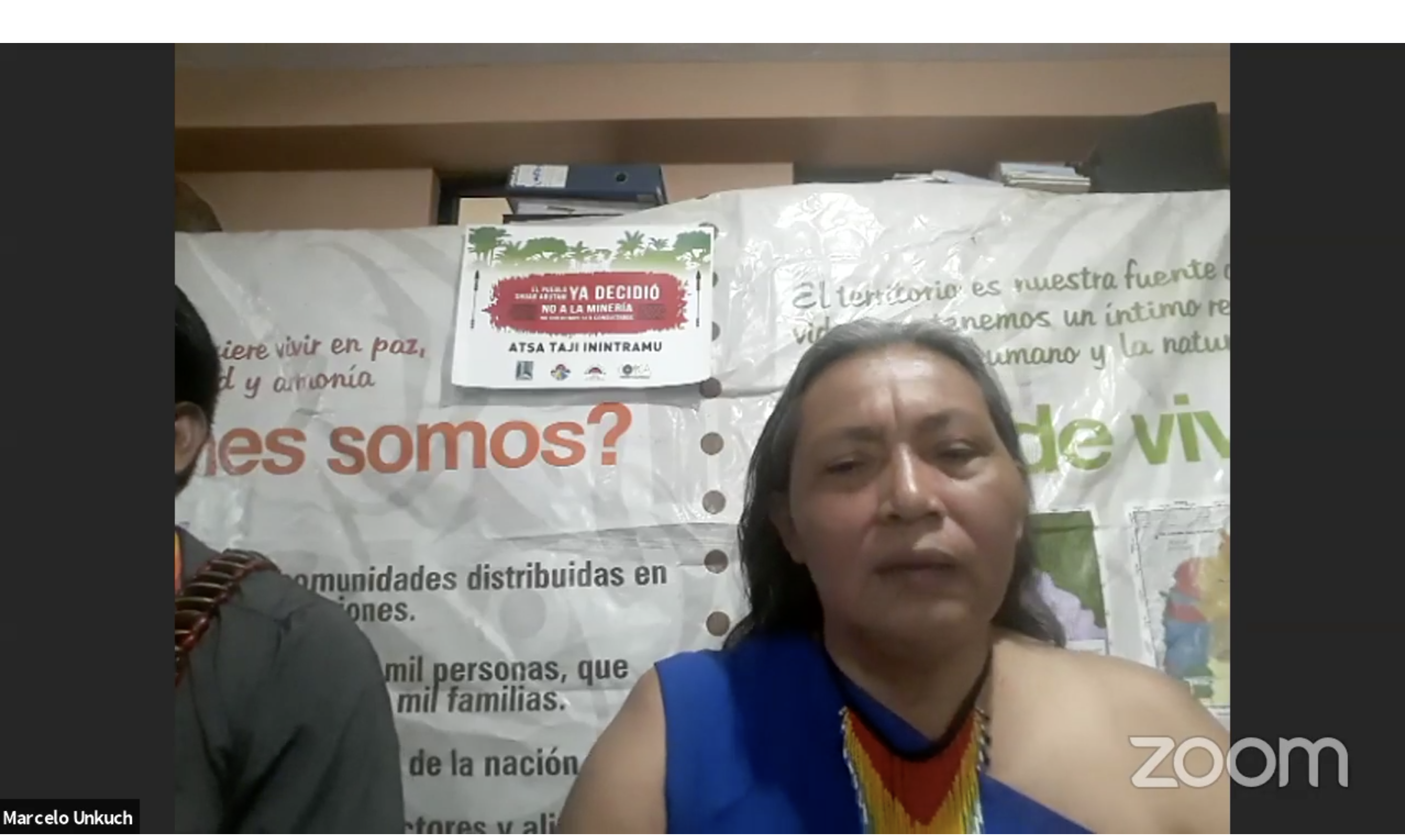