As Canada’s mining enterprises meet in Toronto, promising a path ‘from poverty to prosperity,” civil society groups launched a map revealing one company’s devastating impact on region stretching from Mexico to southern tip of Argentina.

This new interactive tool—paired with case studies of eight mines—suggests Pan American Silver’s activities on the ground conflict with the company's image; instead of “sustainable mining practices,” communities report criminalization, violence, harassment, and exposure to contamination.

(Ottawa, Barcelona) Civil society groups from North and South America today launched an online map illustrating the harm done to communities at the sites of eight massive mines in Latin America, from Mexico to Argentina, in stark contrast to the image Pan American Silver seeks to project to a global public and to its investors.

Rather than revealing sustainable mining practices, as claimed on the company’s website, the interactive tool and the case studies created by the Environmental Justice Atlas (EJAtlas) and their allies seems to tell another story.

“It is important to make information publicly available to mining-affected communities about what has happened in other places where the same company operates. In contrast with Pan American Silver´s discourse as a responsible mining company, the map documents social and environmental conflicts over its mines from Mexico to Argentina, including lack of respect for the self-determination of communities opposed to its projects,” remarked Yannick Deniau from EJAtlas.

According to text accompanying the new map, “The company is profiting in areas where surrounding communities have faced militarization, criminalization, violence, harassment, and threats. Environmental pollution has been documented at several of its mines, which affect or threaten important water supplies. Labour conflicts have also arisen along with occupational accidents.”

Developed by the Environmental Justice Atlas, in collaboration with MiningWatch Canada, Earthworks and the Global Economy Program at the Institute for Policy Studies, among others, the map was launched against the backdrop of the  Prospectors and Developers Association of Canada (PDAC)´s mining fair in Toronto, attended by more than 25,000 people associated with the global mining industry. This year, Pan American Silver is a sponsor of the event, whose agenda includes sessions on how to convince indigenous and other local communities that mining will bring them “mutual benefits.”

“While Pan American Silver gets to promote its image as a gold+ sponsor of PDAC, the negative experiences of mining-impacted communities around the world are entirely absent from the PDAC program," said Kirsten Francescone from MiningWatch Canada. “The latest EJAtlas map documents serious violence at multiple Pan American Silver mine sites from Mexico to Peru, including how affected communities have faced harassment, threats, and criminalization."

In 2009, Pan American Silver acquired the Navidad project in the province of Chubut, Argentina, despite open-pit mining and use of cyanide being prohibited in the province since 2003, thanks to the constant efforts of local environmental assemblies. The Assemblies, who keep constant watch over their legislators, have denounced the company for trying to lobby local, provincial and national authorities to modify or annul this legislation in order to exploit this very large silver deposit.

Ten years later, in 2019, Pan American Silver bought the Escobal mine in Guatemala, despite the suspension of the mine as the result of broad-based opposition and a court decision that found the state had discriminated against the Xinka indigenous people and failed to consult with them. Now, Pan American Silver is participating in a consultation process led by the Guatemalan state that has been criticized given multiple irregularities, including for discrimination and exclusion of the Xinka people.

In Zacatecas, Mexico, in order to expand the La Colorada mine between 2014-2017, the local community was forcibly displaced under threat from private security guards and currently denounces living in suffocating conditions under the thumb of the company. In Chihuahua, Mexico, since which time the area around the Dolores mine was militarized and local protests over economic and environmental issues undermined, the company has largely managed to operate with few disruptions despite deepening violence in the area.

There are also concerns related to PAS’ labour record. In Peru, from 2000 to 2019, the Ministry of Energy and Mines registered 42 fatal accidents from PAS subsidiaries (18 in Quiruvilca, 19 in Huarón and 5 in Morococha). In Argentina at the Manantial Espejo mine, two young operators were killed in 2015 and another in June 2019. In Bolivia, during the latest labour dispute over the San Vicente mine, the unión declared a “state of emergency” given the lack of security equipment and deteriorating working conditions in the underground operation. As of 2018, PAS had over 4,000 employees and contract workers who do not belong to any union or labour association, or about 57% of its total workforce.

To date, EJAtlas has documented 616 mining conflicts around the world of which more than a quarter are associated with Canadian companies. Pan American, Barrick Gold and B2Gold, all sponsors of PDAC 2020, are among the Canadian firms with the most conflicts recorded by EJAtlas.

The case studies that document the experiences reported by communities affected by Pan American Silver are part of a collection of stories documented by the EJAtlas, revealing the struggles of  communities fighting for environmental justice around the world. The goal of the Atlas is to  make visible these struggles and to strengthen the claims and testimonies of local peoples, helping them to make the case for true corporate and state accountability for the injustices they experience at the hands of companies like Pan American Silver. 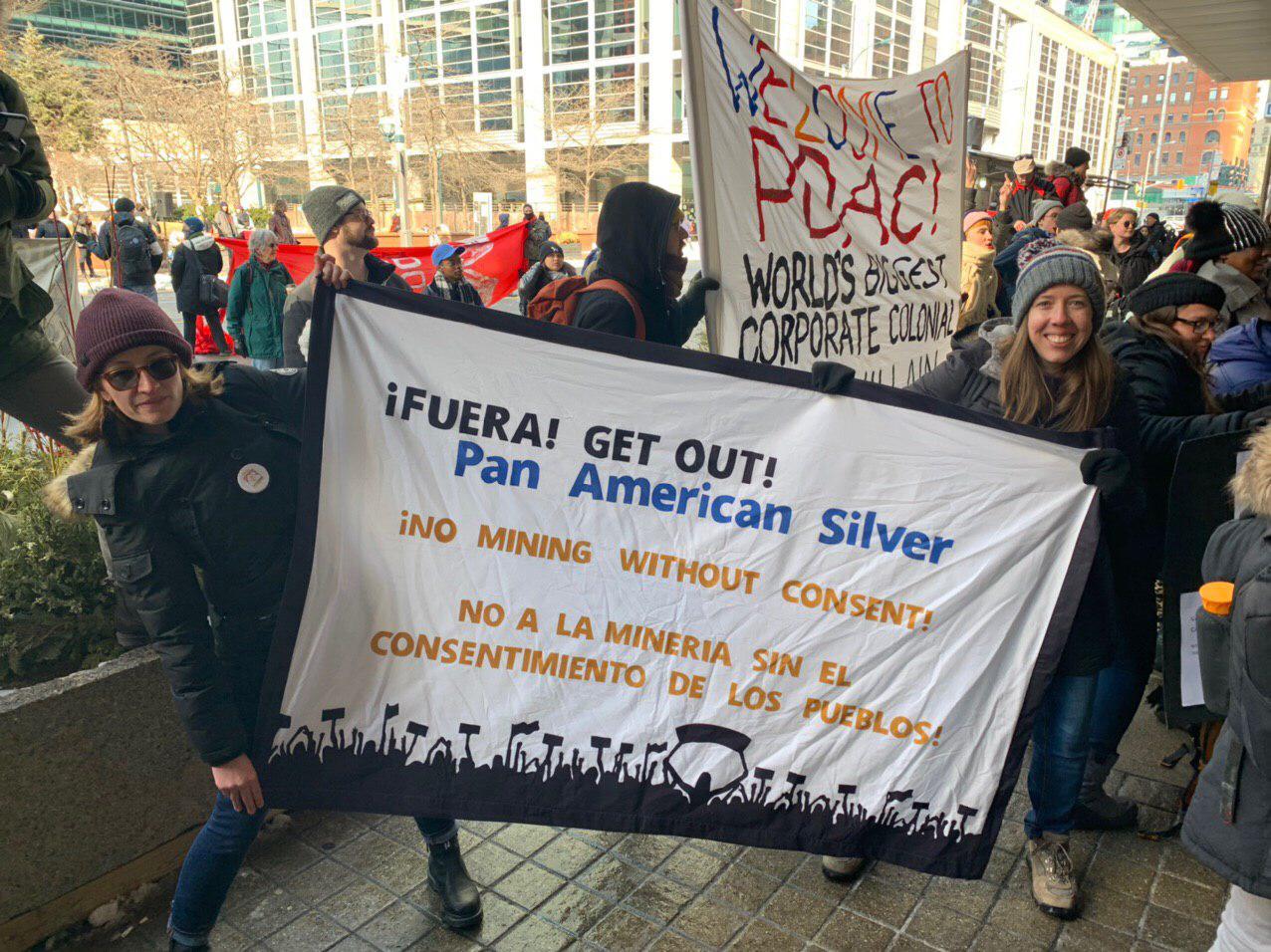