(Vancouver, Ottawa) On Earth Day, the global COVID-19 pandemic has many reflecting on the importance of clean water and a healthy environment. For Indigenous peoples on the frontlines of struggles against Canadian mining projects in British Columbia and Guatemala, the public health crisis reinforces the importance of their ongoing, long-term efforts.

To mark the significance of this year’s Earth Day, Blaine Grinder from the Tl’etinqox community of the Tsilhqot’in Nation and Celzo Cazún Aquino, Xinka and living in San Rafael las Flores in Guatemala, participated in a virtual teach-in (see like to full teach-in here) to discuss the ways their communities have organized to prevent mineral extraction on their territories. Both men recently connected in Guatemala when Blaine, together with other representatives from the Tsilhqot’in Nation and individuals from organizations across British Columbia, visited Xinka and rural communities fighting to protect their lands from the Escobal mine, now owned by Vancouver-based Pan American Silver.

During the teach-in, both shared insights from their struggles for community self-determination and their work to protect community health, water, and wellbeing from the threat of Canadian mining projects. Find more details below about the teach-in, which was endorsed by over 35 Canadian and U.S. organizations.

“The land is our shared home; we have always lived on the land and from the land. We have never needed mining companies to be able to work and to live. We have our own livelihood customs and that is what we are focused on,” remarked Mr. Cazún Aquino.

The Peaceful Resistance of Santa Rosa, Jalapa, and Jutiapa in southeastern Guatemala has struggled since 2010 to defend the health of their communities from the Escobal mine, organizing municipal referenda, marches, and filing hundreds of environmental complaints in an effort to halt the mine’s development. Despite state repression and company refusal to respect their opposition, affected communities erected a permanent peaceful encampment to prevent traffic from reaching the mine, which contributed to the mine’s suspension since 2017. These communities have faced life-threatening violence and repression due to their peaceful opposition of the mine and continue to grieve the lives lost.

To protect community health from COVID-19, and following the implementation of a State of Emergency in Guatemala, one of the encampments was temporarily dismantled. After nearly three years of the Escobal mine suspension, communities are concerned that Pan American Silver will take advantage of the pandemic to advance operations at this unwanted mine.

Similarly, the six communities of the Tsilhqot'in National Government have been organizing to protect Teztan Biny (Fish Lake) and their territory from the proposed Prosperity mine for over two decades. They have organized peaceful encampments, successfully fought against the approval of environmental permits for the mine, and found ways of uniting their communities, including through song, to protect future generations from the destruction of the proposed gold and copper mine.

Whether to confront the risks from global pandemics or from destructive mining projects, we need creative and resilient movements for community health. This exchange was a step forward in strengthening cross-border solidarity and building support for a new digital campaign launched in support of Xinka struggles for self-determination in Guatemala.

Click here to contribute to a crowdfunding campaign organized by Students for Mining Justice (UBC) to fund the Xinka Parliament’s legal fees.

For more information on the peaceful resistance to the Escobal mine, see this website.

Delegation of Indigenous Representatives and Allied Organizations from Canada meet with Members of the Peaceful Resistance to the Escobal mine in February, 2020. Source: Inter Pares.jpg 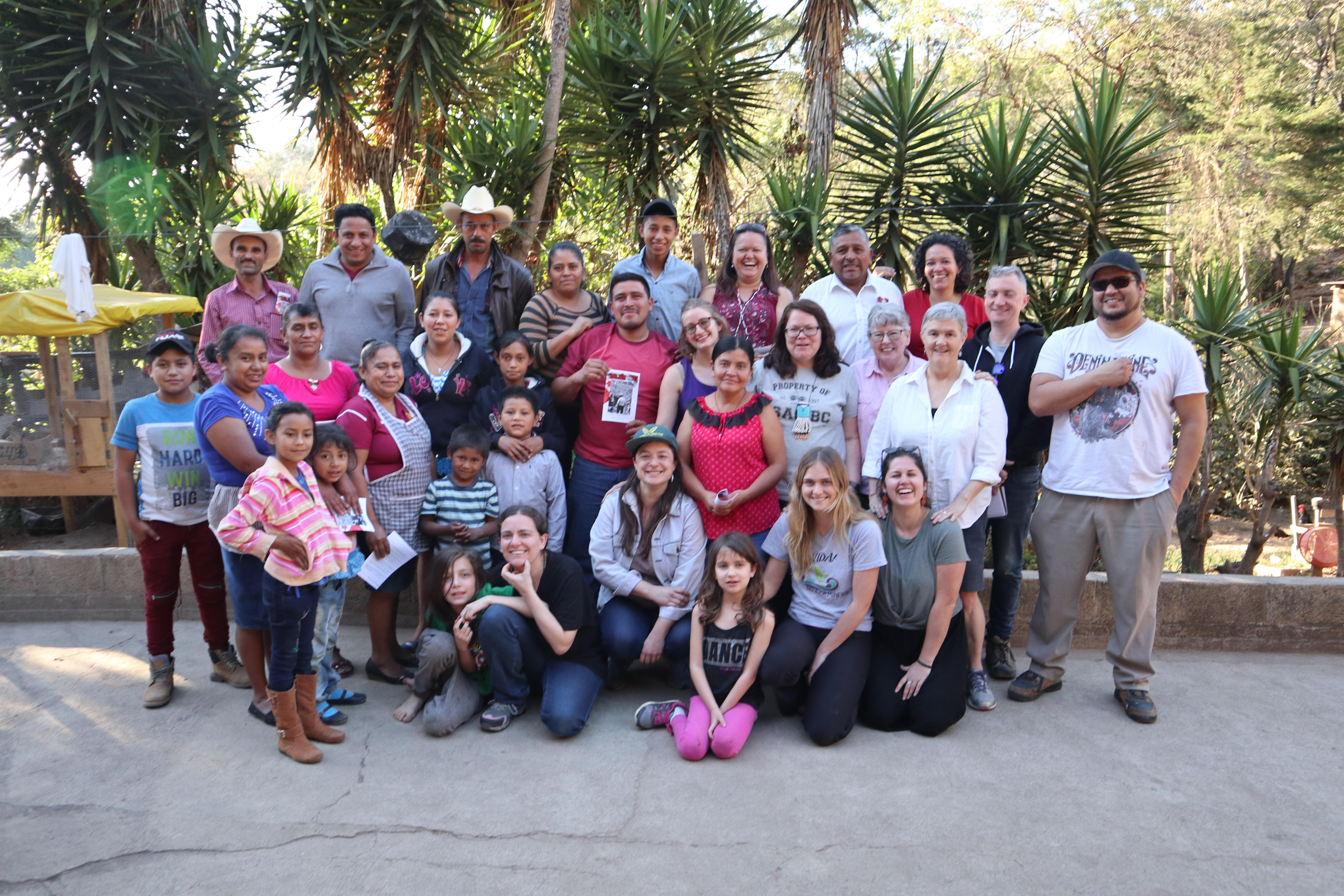