WINNIPEG – The Wilderness Committee has discovered a mining claim in Nopiming Provincial Park, within an area where staking claims is not allowed. This protected area is habitat for the preservation of endangered boreal woodland caribou. Astoundingly, the claim was staked by the former director of the Mines Branch.

“I am extremely shocked and concerned that the Mines Branch would sit by silently while a mining claim is made within a provincial park protected area,” said Wilderness and Water Campaigner Eric Reder. “There is something seriously wrong in the Mines Branch if they are unable to detect when mine claims overlap with protected areas.”

Chris Beaumont-Smith was employed as director of mines and geological survey until March 2018. Just five months later he began staking 27 claims over 5,700 hectares in Nopiming Provincial Park, much of it along the Manigotagan River. One of the claims overlaps a backcountry land-use category, a government designation that ensures it is protected from mining activity.

“This area of the park is supposed to be protected. What would happen if the Wilderness Committee hadn’t found this claim? Would bulldozers have taken out this caribou habitat?” asked Reder.

A Wilderness Committee expedition confirmed the location of the claim where mining activity and claiming is prohibited, which includes a flagged claim border that slices along the shore of Finger Lake. On the same expedition, the organization found evidence of boreal woodland caribou utilizing the protected area in this mining claim. A rare pair of trumpeter swans were also documented, a bird which is on Manitoba’s endangered species list.

“Nopiming Provincial Park isn’t there for mining companies to turn profits. Parks are there for animals, for our solace and for the life-giving ecological services they provide. Mining doesn’t belong here,” said Reder. “All mining in parks, starting with mining claims, must be stopped immediately.” 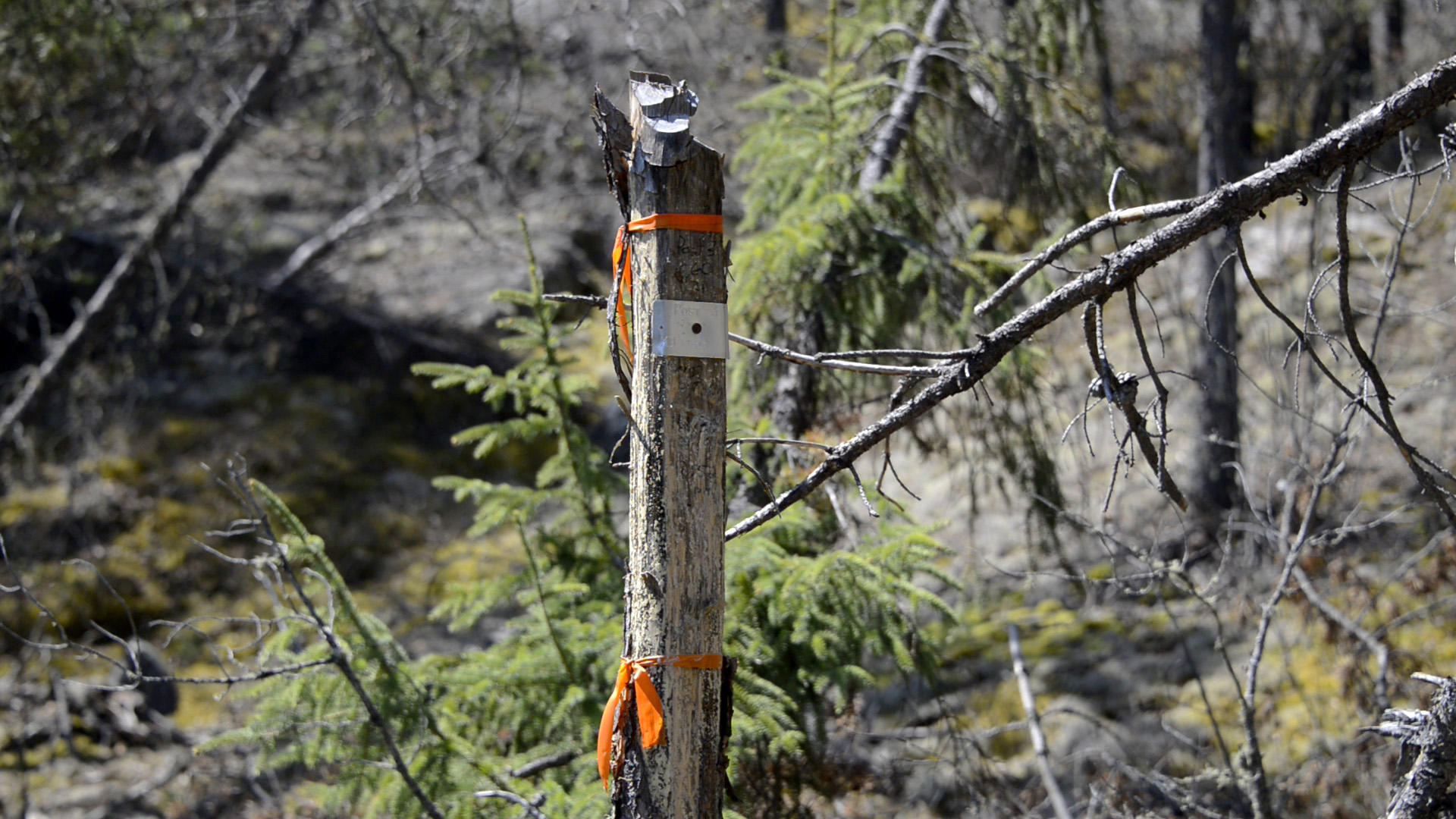