(Montreal, Ottawa, Toronto) Canadians sent more than 150 letters to the Canadian embassy in Chile demanding that the embassy withdraw diplomatic support for Los Andes Copper and make a public statement to reject the company’s conduct with respect to its Los Vizcachitas project. The Canadian mining company is embroiled in an ongoing conflict with the communities in Putaendo through its Chilean subsidiary, Vizcachitas Holding, which is undertaking exploration activities without the consent of the local populations. The company hopes to move from the exploration phase to a large open-pit copper-silver-molybdenum mine in the next few years.

The letter-writing campaign was promoted by Canadian NGOs following a request from organizations in Putaendo wanting their concerns to be heard in Canada. The campaign was launched following a webinar, “Putaendo: Chile’s first territory free of mining”, where members of the social organization ‘Putaendo Resiste’ told stories of their ongoing struggles against the mine. The webinar outlined how the company is violating the self-determination of the people of Putaendo, and provoking environmental harm in an area that is already vulnerable due to a terrible drought.

“We are going to do everything possible to stop this company from building the mine on top of our river, in Putaendo,” said one of the presenters, Sara Gómez, the President of the Services of Rural Potable Water of Rinconada de Guzmanes. “For us it is very important that this river maintains the best sanitary and environmental conditions possible because it is essential for food production, and is thus a source of employment in the region.”

The letter outlined the constant irregularities of the Vizcachitas project, including the fines and penalties the company has been subject to from Chilean authorities. It also referenced the importance of the region of Putaendo in confronting climate change, since there are more than 100 rock glaciers in the territory.

Putaendo Resiste also expressed concerns about how Chilean authorities and the mining company are taking advantage of the COVID-19 pandemic to advance this project. In April, the government approved the environmental licence for a new round of drilling, “virtually” and behind the backs of citizens. When citizens took to the streets to peacefully express their rejection of this process, they were repressed by special police forces and the military.

“Canadian mining companies around the world are taking advantage of global lockdowns to quell long-standing opposition and protest and push unwanted projects through. Putaendo is an emblematic example of this scenario where companies and governments are using a global sanitary crisis to profit,” commented Kirsten Francescone, Latin America Program Coordinator for MiningWatch Canada.

The letters requested that the “Canadian government comply with its obligations to respect the principles outlined in the ‘Voices at Risk Guidelines to Protect Human Rights Defenders’ which allow embassies to "deny trade support in instances of abuses committed against human rights.”

“With this letter-writing campaign, we hope that the Canadian government listens to the concerns of the community, as well as their opposition, and withdraws economic and diplomatic support from Los Andes Copper’s Vizcachitas mining project in Chile,” said Rosa Peralta of the Committee for Human Rights in Latin America (CDHAL), a solidarity organization based in Montreal.

Those who sent letters have not received a response from the Canadian government.

“We hope the Canadian media does its own due diligence and investigates this recent case of human rights violations abroad by a Canadian mining company. The Los Vizcachitas project contravenes Resolution 64/292 of the United Nations which recognizes the human right to water and sanitation, and acknowledges that clean drinking water and sanitation are essential to the realisation of all human rights,” said Raul Burbano, Program Director for Common Frontiers, a national solidarity network based in Canada.

The letter is available here. 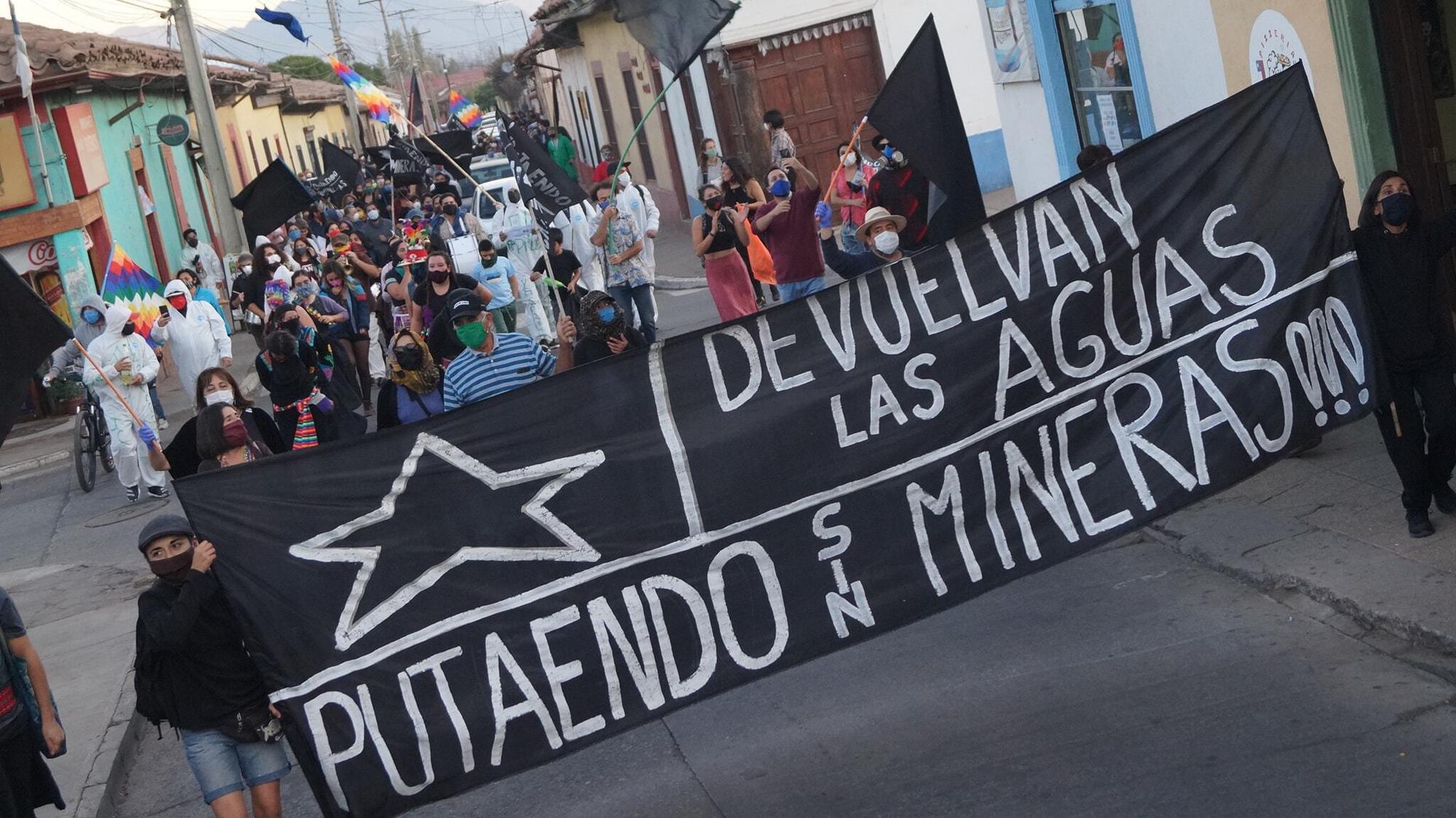