(Ottawa) The elected President and Vice President of a rural municipality in northwestern Ecuador have been threatened with criminal, administrative, and constitutional charges if they approve any measures to prohibit mining. The threat came in response to concerns expressed by the Decentralized Autonomous Government (GAD in Spanish) of “6 de Julio de Cuellaje” parish, in the diverse agricultural and cloud forest region of Intag, that the government of Ecuador was taking advantage of the COVID-19 emergency to impose the Llurimagua copper-gold project against local opposition.

GAD President Ángel Widberto Flores Pilatuña and Vice President Graham Richards received a letter from the Ministry of Energy and Non-Renewable Resources (MERNNR) on May 27, which threatens them with criminal, administrative, and constitutional charges if they approve any anti-mining related norms at the parish level:

“Any approval of a normative or administrative act by the GADs which attempts to prohibit mining activities could result in the imposition of legal actions before the justice tribunals… and also prosecution under the criminal code.”

The letter was responding to a communique that the parish government wrote to President Lenin Moreno on April 18, 2020, to express its concerns regarding the government’s signing of a joint venture agreement with Chilean mining giant, Codelco, to push forward the controversial Llurimagua project. The letter noted that the government is taking advantage of the pandemic sanitary emergency situation to push the project through without the consent of the local communities, a move which they consider illegitimate and illegal, and highlighted the region’s resistance to industrial mining for over 25 years.

In response to the threats, several Ecuadorian organisations released a statement condemning the move, stating that “the government, in collusion with mining companies, CANNOT put “strategic projects” over and above human and constitutional rights. ...The actions of the MERNNR demonstrate...that Ecuadorians are living in a mining dictatorship.”

This is the latest of a series of actions that governments and mining companies have taken during the COVID-19 pandemic to repress widespread anti-mining sentiment across the globe and in Ecuador, reveals a new report. In May, the Ecuadorian government approved a protocol for mining companies to operate during the pandemic, which included providing military convoys for mineral transportation. This came just after three public officials were arrested in the province of Morona Santiago for attempting to block trucks going to Lundin Gold’s Fruta del Norte mine for fear their entry into the remote Amazon region could help transmit the virus.

Despite the threats, the GAD is not backing down. “We will not allow the government or companies to steamroll over our legitimate decisions and push through mega-mining. This pandemic cannot be used as an excuse to impose these projects on us, or our future generations,” said GAD Vice-President Graham Richards. 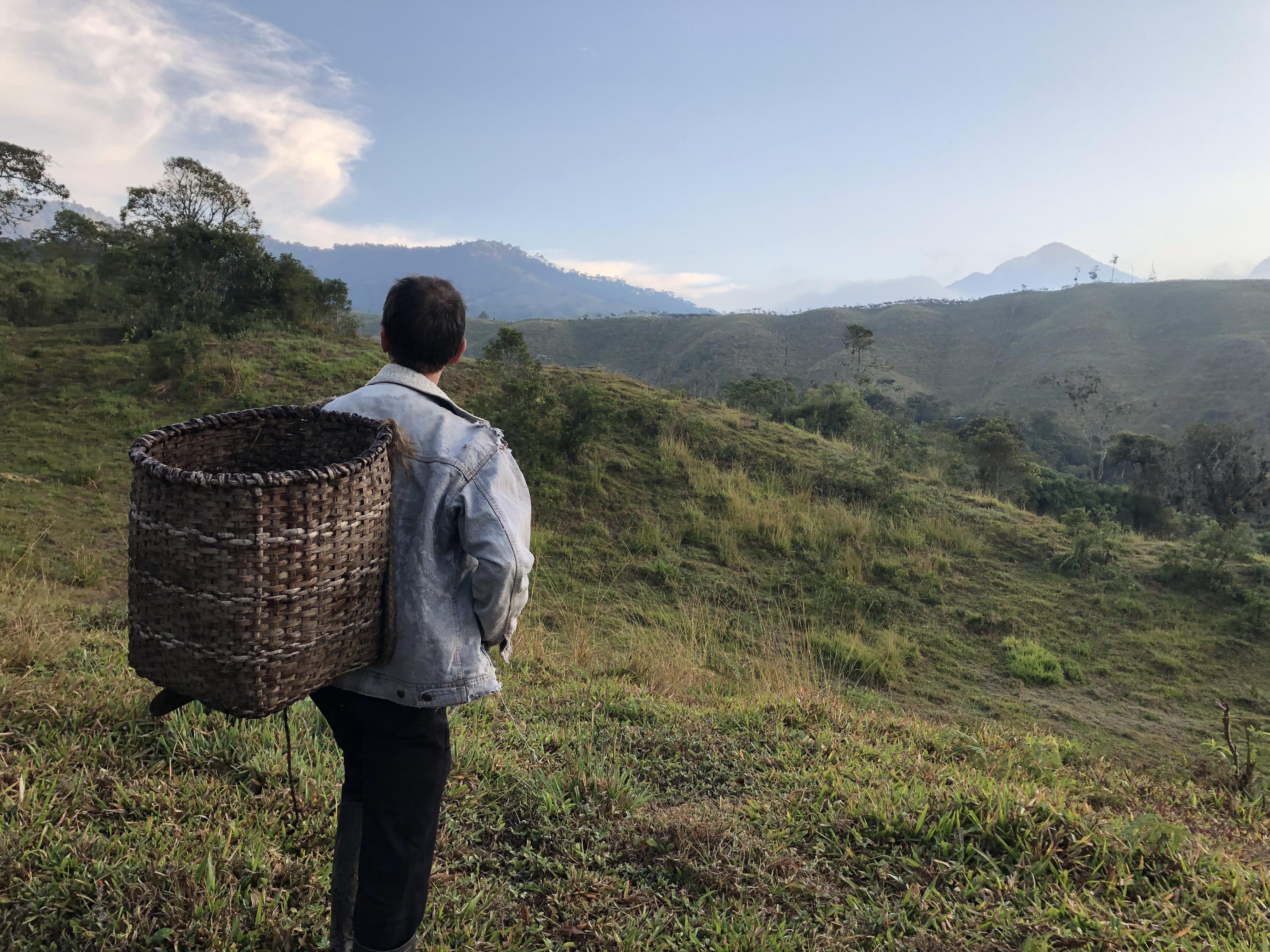 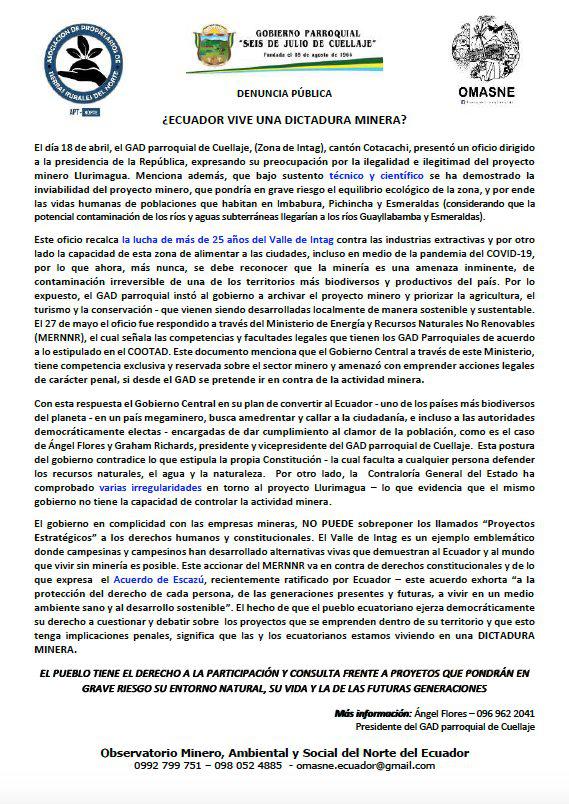