Ecuador: Statement from the People’s Council for Cuenca’s Water

Water wins again – and the consultation for Cuenca is coming

It is an historic day for the defence of water in Cuenca in the face of the attempted imposition from the central government. Today, Thursday, August 13, 2020, the Environmental  Commission of the Cantonal Council of Cuenca, in an extended session, unanimously approved the popular consultation regarding metal mining in the water recharge areas of five rivers in the canton.

The names of the five rivers are Tomebamba, Yanuncay, Tarqui, Machángara and Norcay. The first four, which are emblematic for the city, flow into the Atlantic. The fifth, still little known by the urban population of the canton, starts from El Cajas National Park, and carries its water to the Pacific Ocean.

It was a session of proposals, dialogue and convergences on the part of all the participants. In this context, Carlos Castro Riera, representing the Cuenca City Council regarding water issues, explained that our social coalition has always been committed to the comprehensive care of the canton's water sources, fully coinciding with the aspirations of Mayor Palacios and the members of the building group. Along with this, he renewed the Council's commitment to continue working comprehensively on the issue.

Secondly, he clarified that it is not pertinent to introduce questions such as the expansion of the agricultural frontier and urban sprawl as topics for the consultation process, because according to the Organic Code of Territorial Organization, Autonomy and Decentralization, the regulation and control of these issues are the responsibility of the Decentralized Autonomous Governments. This is not the case with metal mining, which requires an autonomous popular consultation involving the residents of Cuenca.

He then indicated that the Constitutional Court, which is responsible for giving the constitutional ruling on the questions, demands specificity with respect to the mining regime (artisanal, small, medium and large) and the ecological zone, in this case, the water recharge zones delimited by the Cuenca Potable Water Company (ETAPA EP, by its initials in Spanish). 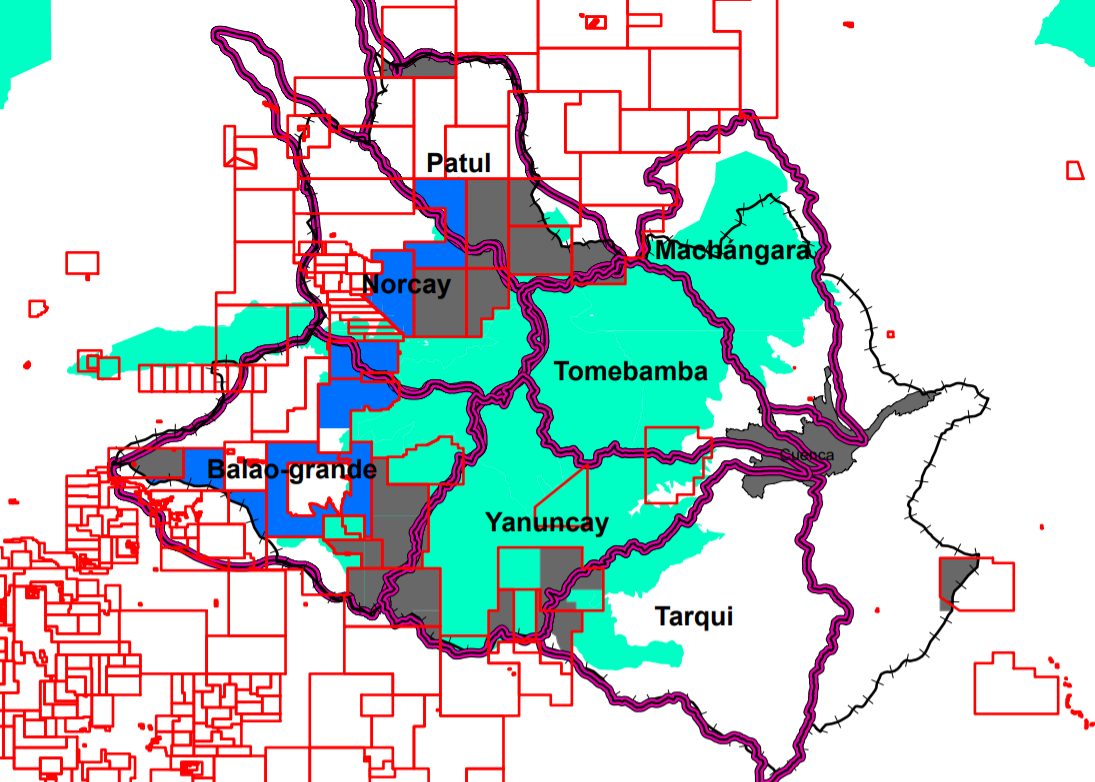