Researchers have shown that some fungi that live symbiotically within the leaves of plants are able to change their biology to decay wood; this new research provides insights into a mysterious form of symbiosis called ​endophytism​. The research was conducted at ​Los Cedros Reserve​, a protected forest in northern Ecuador threatened by mining development.

EUGENE, OR — New research published this week in the internationally acclaimed journal PeerJ& from scientists at the University of Oregon’s Institute of Ecology and Evolution provides new insights into the mysterious form of symbiosis known as ​endophytism​.

“Endophytes are fungi that live within the leaves and stems of plants, but they don’t cause any disease,” explains Professor Bitty A. Roy, who supervised the research. “Just like humans have a microbiome composed of thousands of species of bacteria in our guts, plants have a microbiome, too. But the most important players in the plant’s microbiome seem to be fungi, and we’re really just learning how important those fungi really are.”

Dr. Roo Vandegrift, a postdoctoral scholar at the University of Oregon and the scientist who designed the study, says, “On the surface, it seems really simple: some fungi can grow out of leaves and into wood, changing their ecology from symbionts to decay fungi in the process. ​But this has huge implications for how we understand symbiosis​: rather than being leaf pathogens or leaf decay fungi in waiting, these fungi are using leaves for ​dispersal​ to wood.”

The research team showed that dozens of species of fungi were able to make the switch from leaf symbionts to wood decay fungi. This led them to consider the idea that fungi may use the mysterious endophytic symbiosis with plants as part of a dispersal strategy, using leaves like lifeboats to escape unfavourable conditions.

Because of their extraordinary diversity, tropical forests are key to understanding how different organisms function together, yet they are being lost at extraordinary rates. The scientific community stands in overwhelming support of Los Cedros, opposing mining development within this and other protected forests in Ecuador. In July, the Center for Biological Diversity launched a petition that was signed by over 1200 scientists in less than two weeks, including luminaries such as E.O. Wilson, Jane Goodall, Peter Raven, and Rosemary and Peter Grant. The signatories expressed their concern about mining within Ecuador’s exceptionally diverse protected forests, and specifically requested that all mining concessions be removed from such protected forests (“bosques protectores”), including Los Cedros.

A history of research & threatened biodiversity

This study was part of an ongoing research program from Professor Roy’s lab at the University of Oregon. “We have been working at the Los Cedros Protected Forest since 2008,” explains Professor Roy, “when we began researching pollination in mushroom-mimicking orchids.”

And it’s not just Professor Roy’s lab performing cutting-edge research at the Los Cedros Protected Forest. “​There have been ​more than a hundred peer-reviewed scientific papers published about research at Los Cedros​,” says Elisa Levy, the Research Coordinator for the Los Cedros Scientific Station. “We’ve had researchers come here from all over the world.”

“Reserva Los Cedros is well known for its globally critically endangered brown-headed spider monkeys and endangered spectacled bears,” explains Professor Roy, “but ​there are at least 225 species at Los Cedros that are under threat,​ according to Ecuador’s red lists.”

But the Los Cedros Protected Forest is in danger, explains Levy: “In 2017, the Ecuadorian government announced new concessions for mining exploration on over 6 million acres of land. Many of these concessions are in protected forests, like Los Cedros​, and indigenous territories, headwater ecosystems, and biodiversity hotspots of global importance.” She goes on to say, “and, they appear to be in violation of Ecuadorian law and international treaties.” As part of this rapid mining expansion, Canadian mining company Cornerstone Capital Resources was given a permit for gold mining at Los Cedros in collaboration with the Ecuadorian state mining company, ENAMI.

“It is scientifically proven that the exploration and exploitation phases of mining decrease biodiversity,” explains Dr. Vandegrift, citing ​previous research​, “primarily through road construction, deforestation, and associated river sedimentation and contamination ... ​there will be extinctions if a mine is opened here​” The documentary film ​Marrow of the Mountain​, produced by Dr. Vandegrift, explores these mining and conservation issues in Ecuador.

The case for mining within Los Cedros goes before the Ecuadorian Constitutional Court in the near future. ​The Constitutional Court said that it hoped to set a precedent concerning application of the constitutionally guaranteed Rights of Nature within Protected Forests​, specifically citing the presence of “​the last populations of the spider monkey in a critical state of conservation, and the Andean (spectacled) bear [which is] in danger of extinction​”. 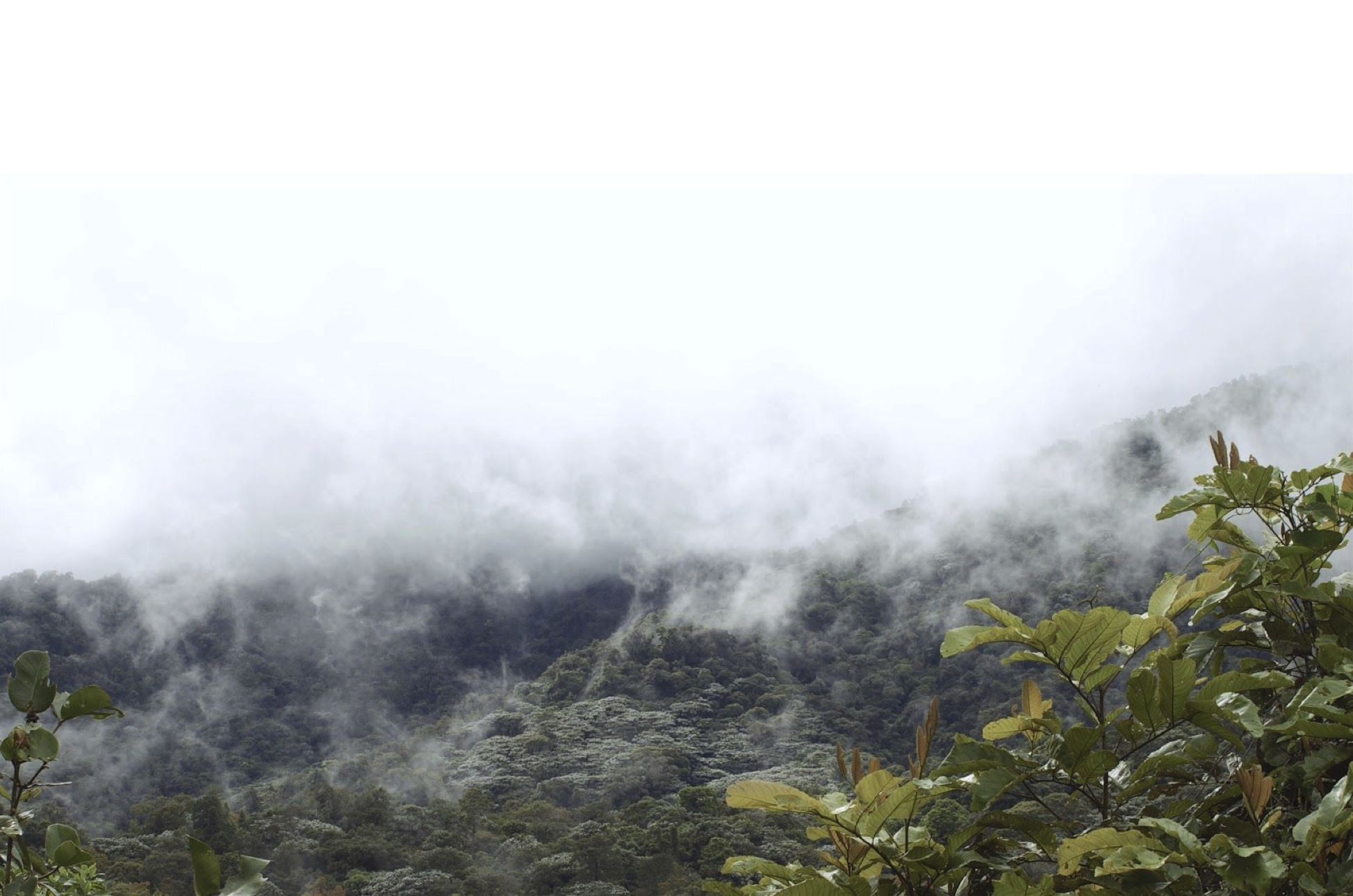 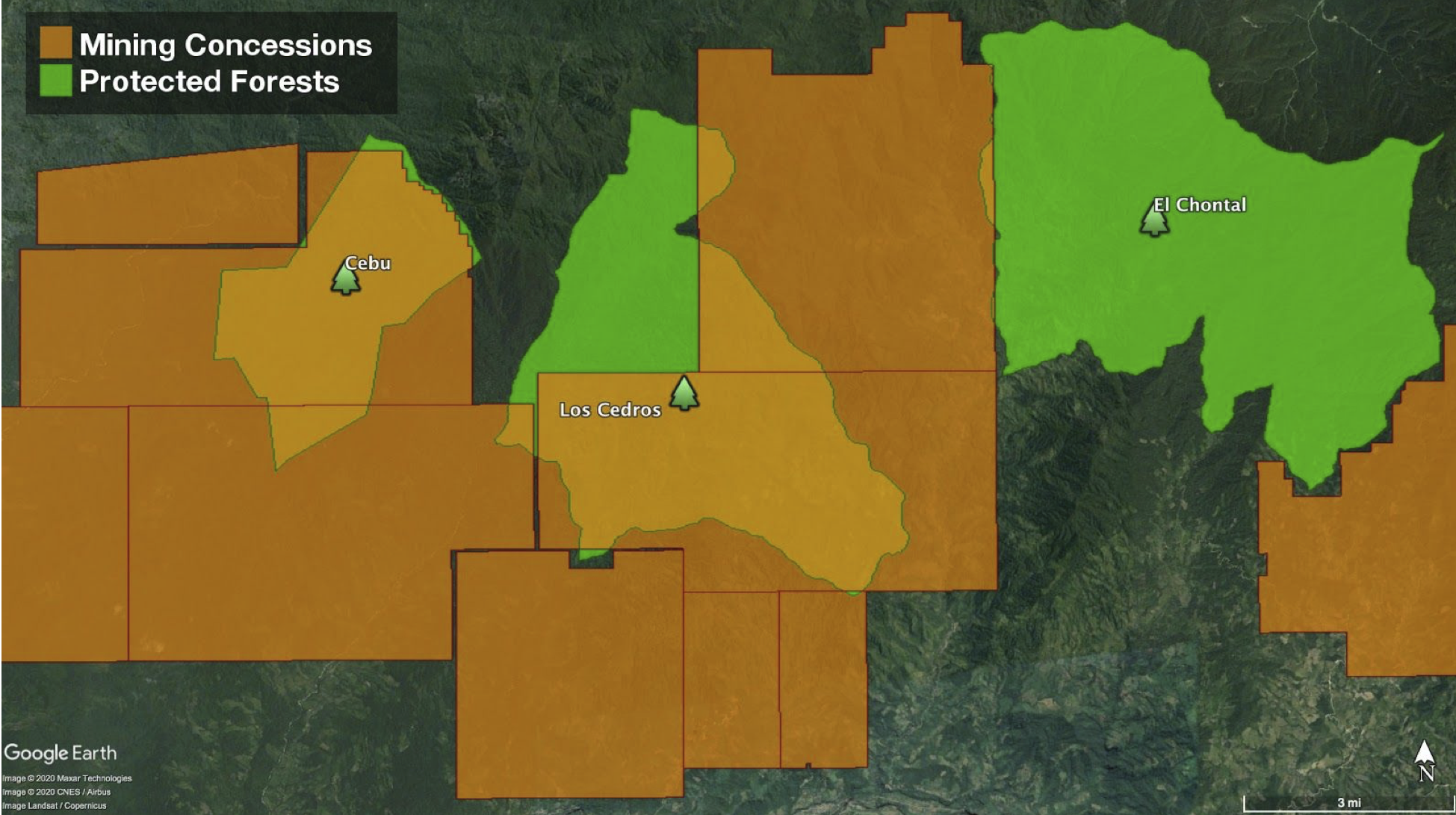