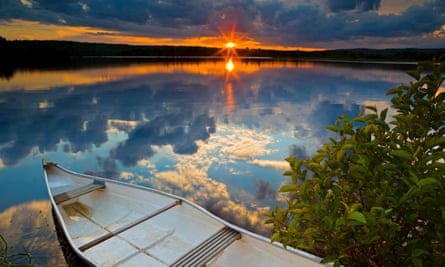 The extractive industries have their sights set on Nova Scotia as a literal goldmine, and decades of conservation efforts – as well the future of a beloved river – hang in the balance.

Three years after Atlantic Gold opened a goldmine north-east of Halifax, the mining company intends to open three more across Nova Scotia. One of the mines has been proposed alongside the St Mary’s River, Nova Scotia’s longest single waterway – and in the opinions of many, its wildest, supporting both endangered species and ecosystems. This, the so-called Cochrane Hill goldmine, has become the focal point of mounting public opposition to goldmining in Nova Scotia.

“To put a mine [on the St Mary’s] is a terrible idea,” said Charlotte Connolly, campaign coordinator with the Ecology Action Centre, an environmental advocacy group based in Nova Scotia.

All three proposed mines are under joint federal and provincial environmental review. But according to Connolly, the provincial government has already given Atlantic Gold a warm welcome, publicly touting the economic benefits of goldmining to Nova Scotians and offering a very low royalty rate – a fee charged to any company profiting from a public resource.

Read the full article at https://www.theguardian.com/environment/2020/aug/31/a-sacred-spot-why-gold-mining-threatens-nova-scotias-wildest-river