(Yerevan) Early on the morning of August 4, 2020, the new security company contracted by Lydian Armenia, a subsidiary of Restructured Lydian, brought in cranes and removed the wagons of Amulsar blockades and placed their own wagons instead. This caused a mass mobilization at the blockade point on August 4 which was marked by violence by the private security, arrests of peaceful protesters by the police and their cooperation with the private company. In the heated standoff in a time of emergency declared in relation to COVID-19 pandemic, there has so far been ZERO reaction from the Armenian executive officials and elected representatives.

Formerly British investor, Jersey-based Lydian International's mining operations on Mount Amulsar, within only 7 km from Jermuk town, a well-known tourist site and thermal health spa in central Armenia, were halted in July 2018, when the local population physically stood against the construction of the mining site. Having experienced the devastating impacts of the construction, the local residents have been blocking entrance points to the mine construction site for two consecutive years to protect their livelihoods, right to healthy environment and right to environmental decision-making.

The government of Armenia contracted an independent international review of the environmental impact assessment of the company, based on which it received permits. Although findings of the review showed that the company's EIA was flawed and lacked rigorous calculation of impact, including massive acid drainage impacting Armenia's most important water resources, the Armenian government refused to call off the permits, and has protracted the uncertainty around the Amulsar issue. Prime Minister Nikol Pashinyan's government has been hesitant to act against Western capital, presumably being under a great pressure from the US and UK governments and threats of ISDS.

The resisting population now stands one on one with the restructured company's new security service which has proven for the past month or so to be very aggressive. Their demands, however, are predominantly from the government; to recall the permits given to the company based on the independent review of its EIA and stop the prospect of mining in the area for good.

The move of Restructured Lydian, which claims that the area immediately adjacent to the asphalted inter-city road is its own territory, has sparked a wide outrage in Armenia. Hundreds of people gathered in the evening of August 4 and continue to gather on August 5 on the road to protest against the removal of blockade wagons, and the company's intention to enter the site for mining operations. Dozens of cars joined from capital Yerevan. Several pickets took place in Yerevan, mobilization continues.

Protests are livestreamed by several Armenian media outlets, including by:

Lydian has been disputing that the blockades and the wagons set up in the protection zone adjacent to the road constituted an intrusion into its territory. However, after even a legal order to the police of Armenia, the wagons were set up in the commonly used zone of the inter-city road, that cannot by law be privatized or handed over to private ownership or use. This was recognized in a letter (see attached) sent to the Armenian Environmental Front in February 2020, which was translated in English and sent to the Ontrario Supreme Court where Lydian's bankruptcy and restructuring case was being heard.

Lydian's actions have deprived the Amulsar blockades of a meaningful space for continuing their peaceful protest and resistance against the mine. The protests have now become even larger, and as the space is effectively taken over by Lydian, the protests take place immediately on the interstate road and unavoidably block the passage of inter-city passengers.

Lydian is no longer incorporated under offshore Jersey laws, but has been restructured into a company under Canadian law. After months of bankruptcy litigation and disputes with creditors that took place in Canada and Jersey, Lydian International succeeded in being restructured and handed over to the ownership of its three senior creditors. Through Lydian Canada Ventures Corporation, a subsidiary of Lydian International registered in Canada in August 2018, it merged with SL Newco company and is now called Restructured Lydian. Lydian Armenia continues to be the Armenian subsidiary and belongs to Restructured Lydian. Lydian remains in debt to the Swedish SEK Fund, Caterpillar Financial Services UK, Ameria Bank and many other former shareholders, including from Turkey. Lydian International in Jersey is being wnd up now.

The new owners of the company are investment funds, including Օrion Resource Partners, Osisko Mining and Resource Capital Fund, which have money to invest, but investments at Amulsar only makes sense in the following cases:

All these circumstances become possible only in one case, if Lydian gains access to the Amulsar area and is able to convince that it is possible to work there.

The two-year long persistent struggle and blockades in the Amulsar area is the most important factor hindering Lydian's plans today. There is a great deal of public mobilization around the protection of Amulsar and Armenia's water resources in Armenia and abroad. According to a public opinion poll conducted in February-March 2020, 53% Armenian citizens (74% if refusals are omitted) are against the Amulsar mining project (CRRC, Caucasian Barometer 2019).

Therefore, the main tasks of Lydian and its creditors are to: a. change public opinion in their favor, b. eliminate the main center of resistance in Jermuk community, c. create opportunities, through the above-mentioned two tasks, for making money by investment arbitration.

The following are some of the potential steps for accomplishing the above-mentioned tasks.

It is obvious that a mining project will never be implemented in Amulsar, this is guaranteed by the locals and the conscious citizens of Armenia. However, by staging operation and later on setting legal traps for Armenia, the company and its new owners will be able to enter investment arbitration and extort money from Armenia. The local population understands this threat and is strong not to allow such a dismal end to a struggle fought with a great sacrifice. 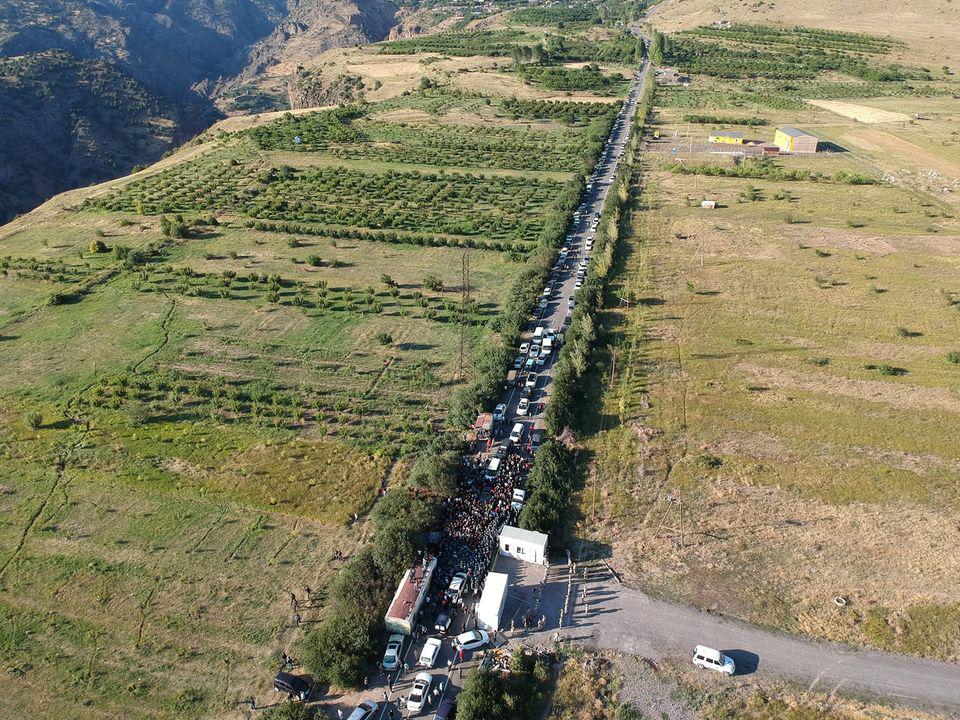 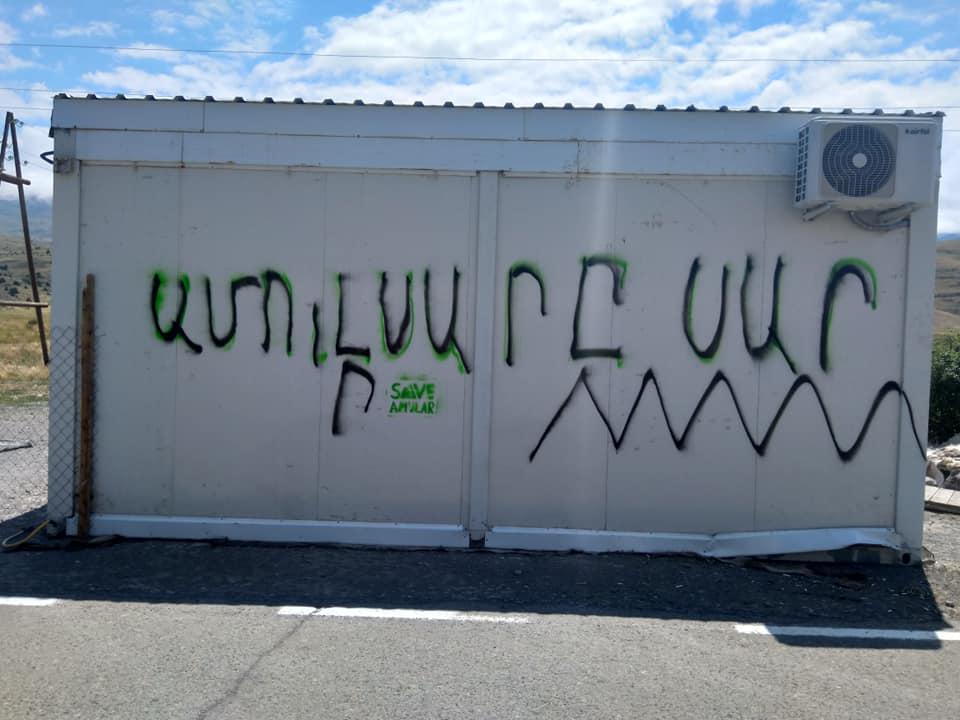 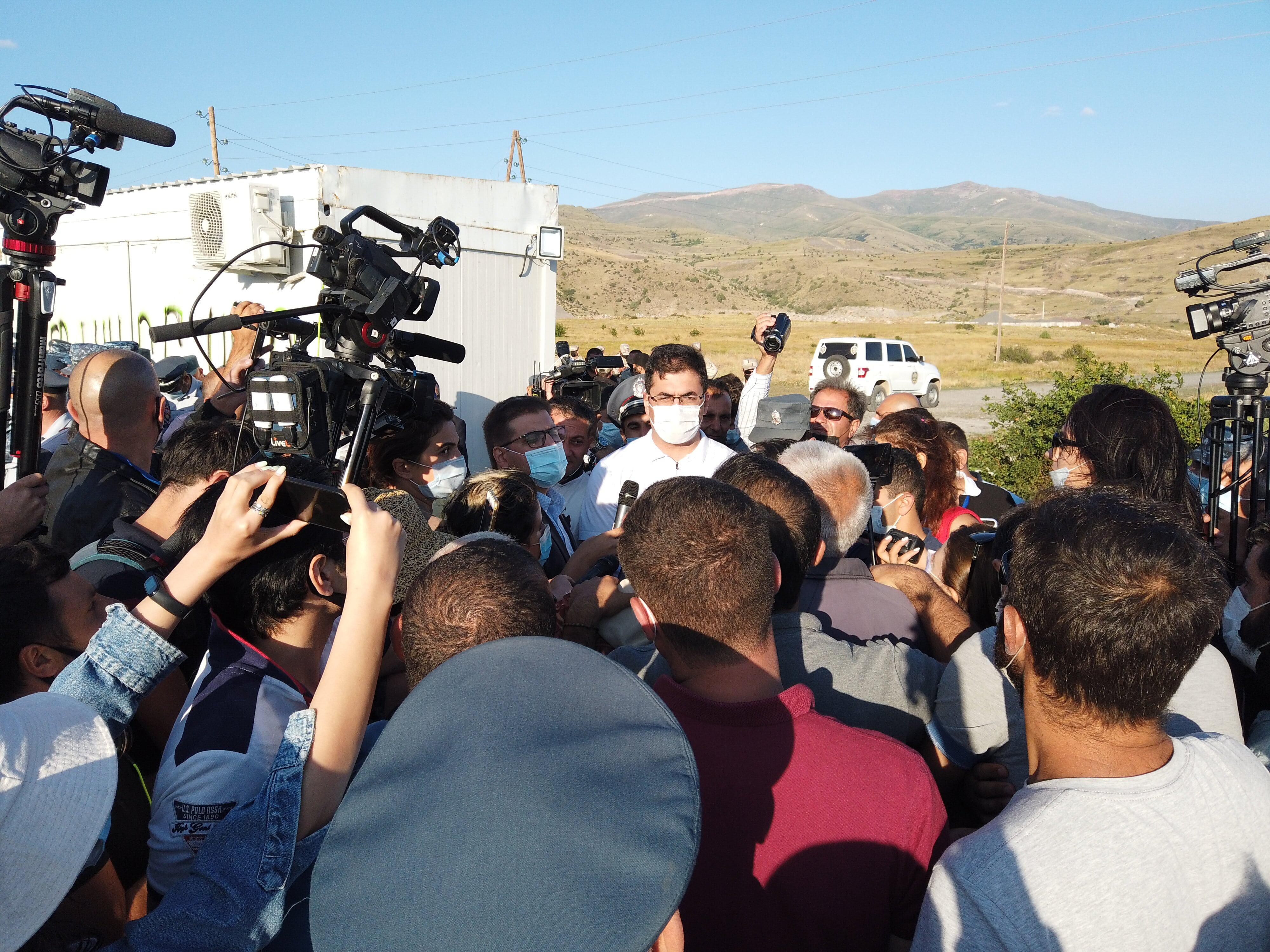 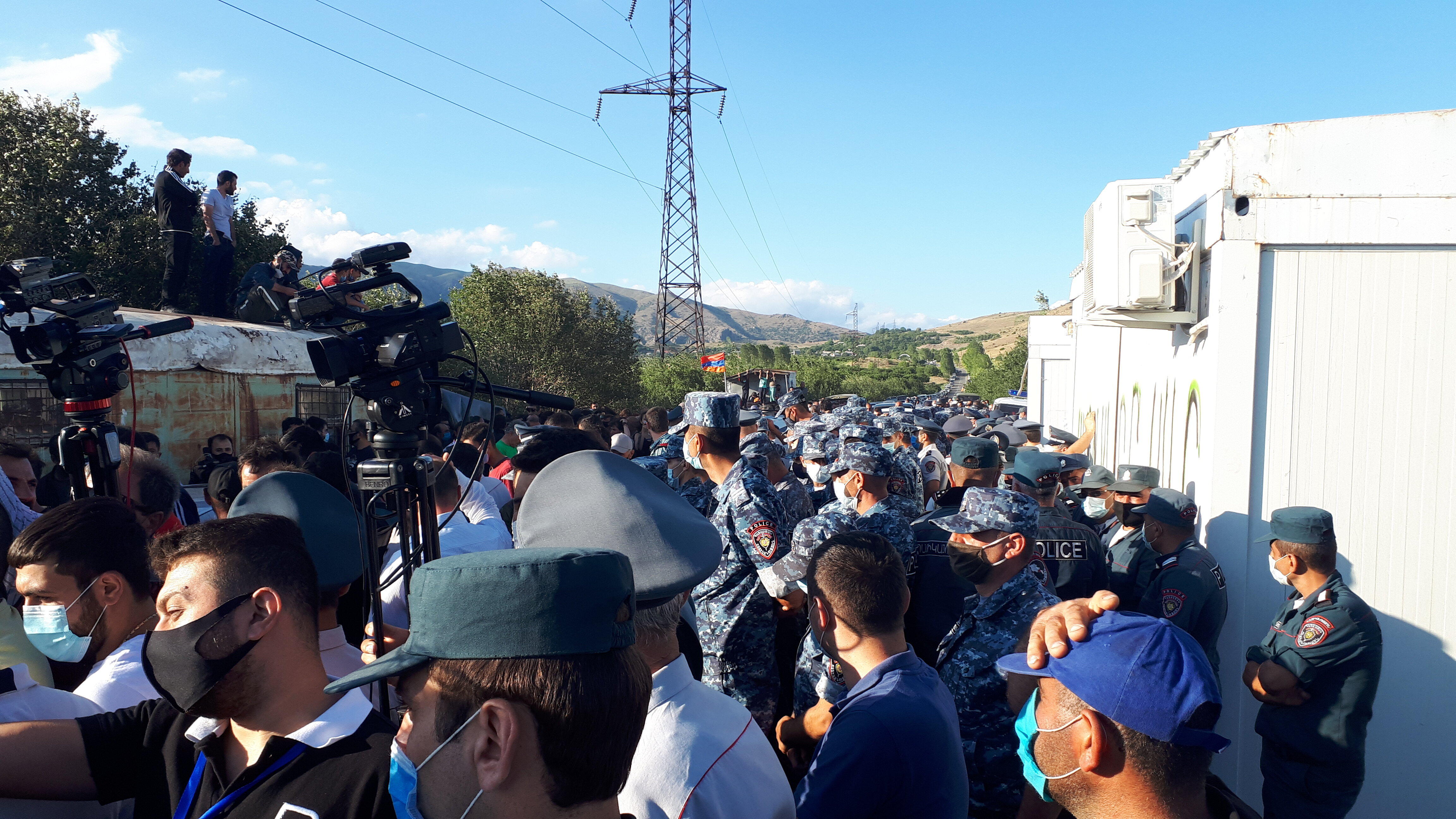 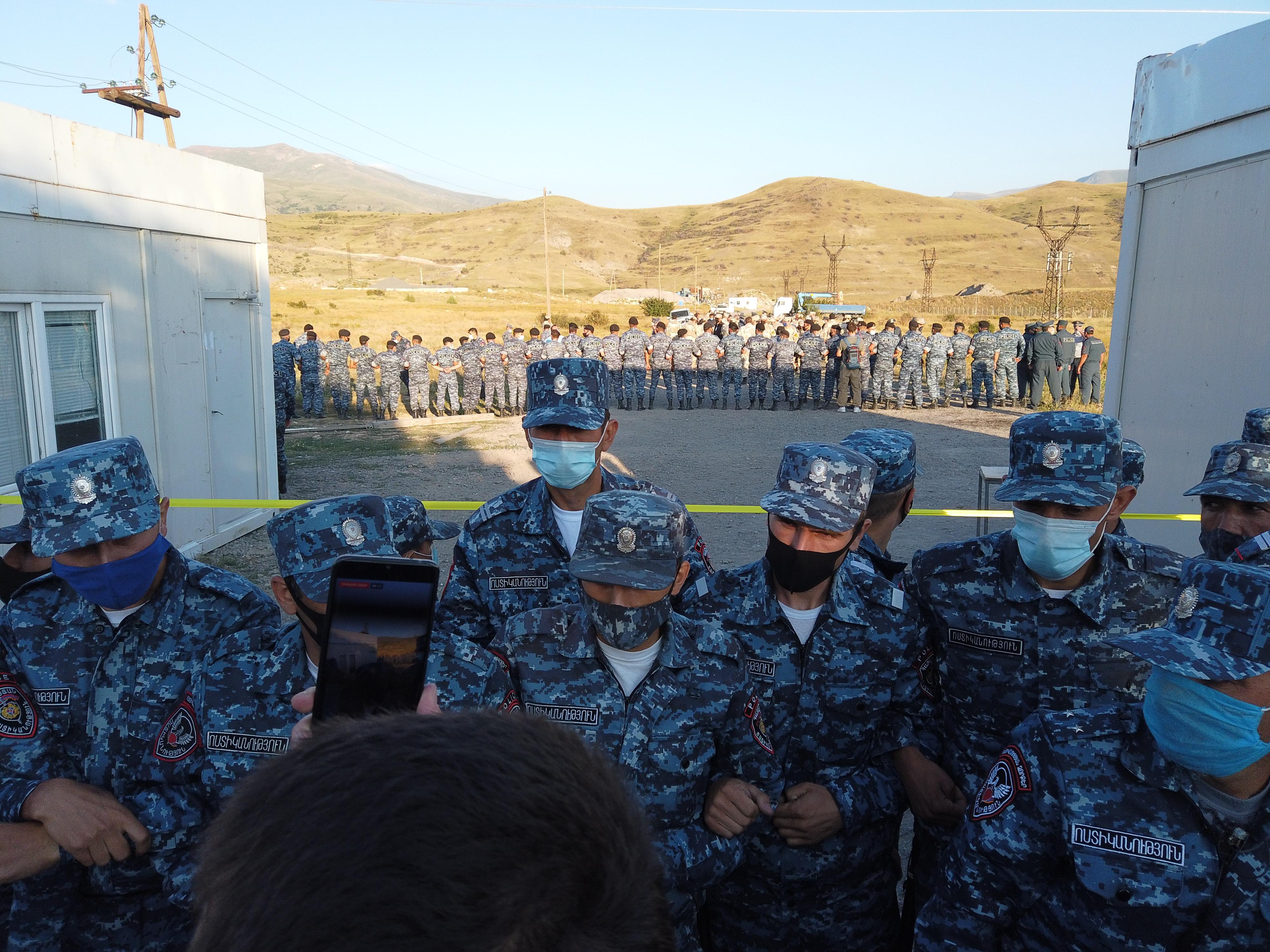 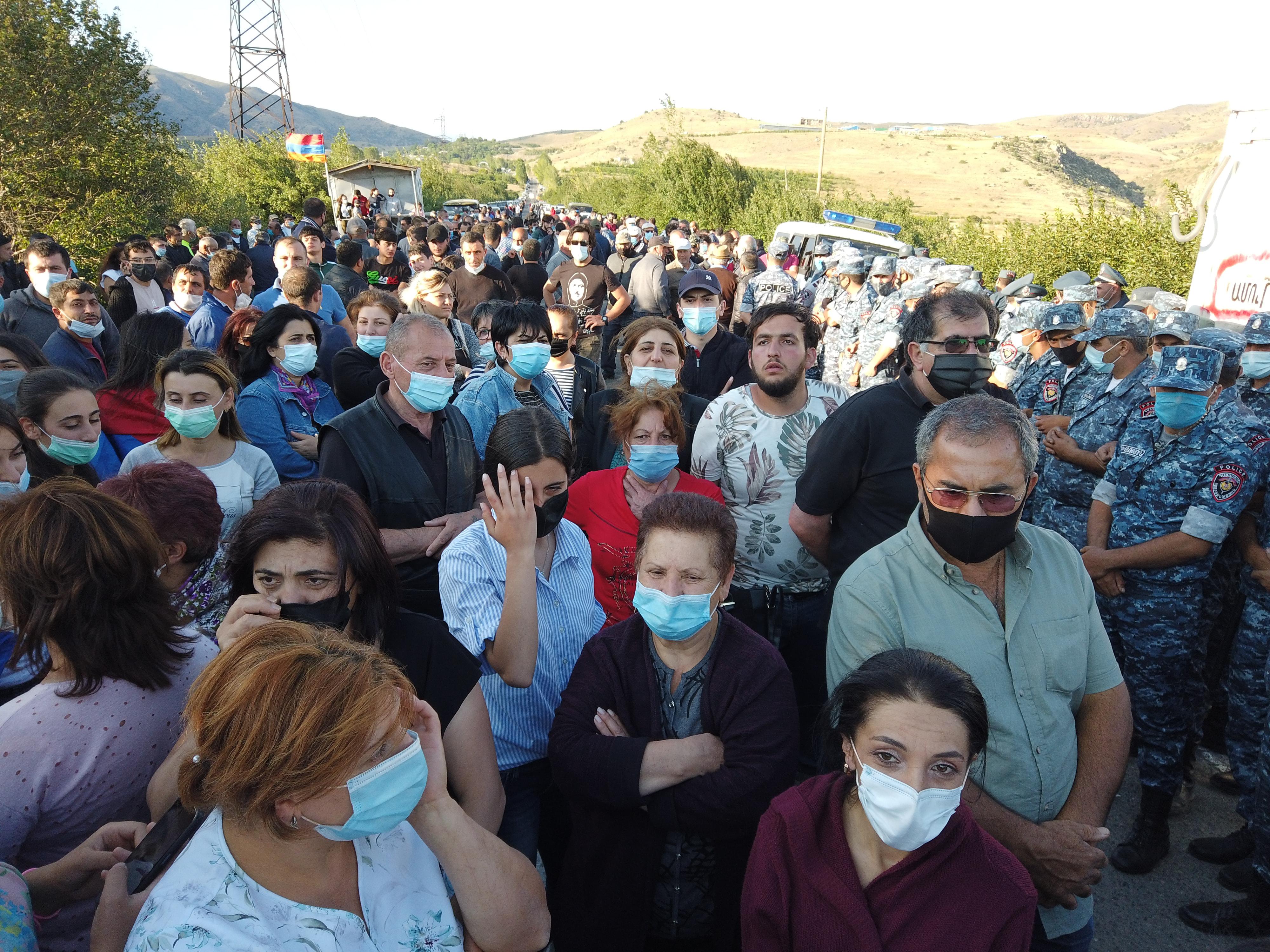