PNG communities will have their day in court!

Freedom of information case for Nautilus Solwara 1 will proceed

Mr. Peter Bosip of the Centre for Environmental Law and Community Rights (CELCOR), the lawyers representing the plaintiffs, said, “The information sought by our clients will allow Papua New Guineans to understand the environmental, social, cultural and economic impacts of the proposed Solwara 1 deep sea mine and also whether it was approved lawfully.”

Mr. Bosip continued, “Our plaintiffs represent coastal communities. They repeatedly requested the information from the National Government over several years before resorting to legal proceedings. As Papua New Guinean citizens, our clients are entitled to these documents.”

“It’s disappointing that they have been forced to bring a legal action in the National Court to assert such a basic right, and that the MRA spent PNG taxpayer funds in seeking to have the case dismissed. This case is in the national interest of PNG. The decision is a significant step forward for freedom of information and access to justice in PNG which are fundamental to any democracy.”

In handing down her decision, Justice Polume-Kiele acknowledged that under Section 51 of the Constitution that all citizens have a right to access public information, subject to the need for secrecy as is reasonably justifiable in a democratic society. Justice Polume-Kiele further declared that communities may now proceed with the case they lodged in December 2017.

“Our lives, livelihoods and cultures are at risk from seabed mining. The Mineral Resources Authority spent a great deal of time and money trying to have our case dismissed. They should now stop wasting taxpayer’s money, comply with our Constitution, and provide us with full access to the documents we have sought.” said plaintiff and Lutheran pastor Matei Ibak of Karkar Island in Madang Province.

“We should not have to go to the time and expense of bringing a legal case simply to obtain documents we have the Constitutional right to access. Communities across the Bismarck and Solomon Seas who oppose seabed mining will be very happy to know that the National Court has supported their request for information about this high-risk seabed mining project.”

Jonathan Mesulam, Alliance of Solwara Warriors and another plaintiff, stated, “Not only did the MRA spend 2 years trying to block our access to information, but it is also currently undertaking a process to renew the Nautilus Nuigini deep sea exploration licences.”

“This goes against the views expressed by the MRA’s own Managing Director, the Hon. Prime Minister James Marape, other senior ministers and the thousands of people from New Ireland, Manus, East New Britain, Madang, Morobe and Milne Bay Provinces who lodged objections to seabed exploration licences. Who is in charge of this Authority?”

Earlier this year, Mr. Jerry Garry, Managing Director of PNG’s Mineral Resource Authority, said that PNG had invested a lot of money in this risky project and would probably have to write off the US$120 million (K408.8mil) as State debt. Last month Mr. Garry, ruled out any chance of revisiting the failed Solwara 1 project. 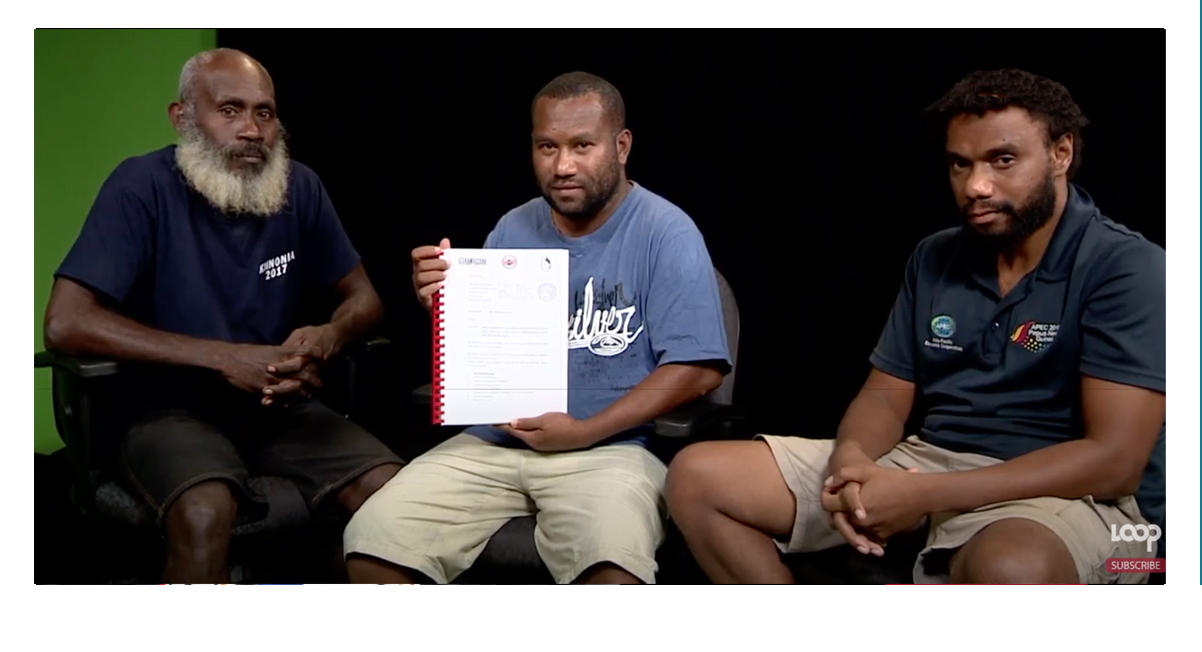