On the morning of September 17th, the First Environmental Court of Antofagasta, Chile, ruled that Barrick Gold’s controversial Pascua Lama project be “definitively and totally closed.” The court also determined that the company will have to pay a fine of 7 billion Chilean pesos, just over $12 million Canadian.

“[The decision] represents an important historical precedent,” said Lucio Cuenca of the Observatory of Environmental Conflicts in Latin America, which provided legal support for the communities. “It is the first ruling of this magnitude to fully and definitively order the closure of a mining project of this size, with this scale of investment and this high-profile a company.”

This decision closes a drawn-out process which began in 2013, when the company was sanctioned by the Environmental Superintendency for failing to comply with its Environmental Qualification Resolution (RCA). In essence, the company’s exploration activities had left long lasting impacts on the glaciers and rivers which are the principal source of freshwater for the valley, impacts which were anticipated by the communities in the valley before the work even began.

Beyond the important legal precedent,  this case also marks a landmark moment for the communities of the Huasco Valley, which have organized to defend their glaciers and water supplies from the company for more than two decades. For Constanza San Juan, spokesperson for the Asamblea por el Agua del Guasco Alto (Assembly for water of Guasco Alto), the process was toxic not only for the environment, but also for the communities themselves.

“This is a struggle that has lasted for over 20 years against this mega-project, and we saw what was going to happen from the beginning. We have faced terrible impacts to our glaciers, which give life to our rivers, which brought serious health impacts for our neighbours and our children. But it also provoked a terrible division among our people, provoking conflict between those of us defending life and those who were incited by the company.”

While this decision specifically affects Barrick Gold’s Pascua Lama project, it will also send a strong message to other Canadian companies like Teck Resources, who also have projects in this part of the Andean Cordillera, in a binational corridor which straddles Argentina and Chile. According to Kirsten Francescone, Latin America coordinator at MiningWatch Canada, “This decision ratifies what communities have been saying all along: the impacts of mining in these glacier regions are simply not acceptable. We expect Canadian companies to take note, and withdraw from the area.”

Now, with a final decision, and no other court to which the company can appeal, the communities in the Huasco Valley can focus on repairing the damages that have been done by the company, and on cultivating the future they fought so hard to protect. For San Juan,

“The people of the Huasco Valley now have a sense of hope. At the beginning, this project meant death for our valley. Even though these damages exist we now have time to work to repair what has been destroyed. We are going to work hard to protect our environment so that life can continue to thrive here to ensure that our children and our future generations can continue to cultivate life. In today’s decision, life was victorious over death!”

The full responses (in Spanish) to our interviews with Lucio Cuenca and Constanza San Juan, including messages to the Canadian public and investors, can be found on this video, here. 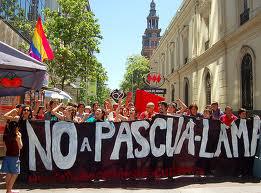