Equinox GoldMexico
Source:
The Leadership Council of the Ejido of Carrizalillo

(Carrizalillo, Mexico) After fifteen days during which Equinox Gold has been incapable of engaging with the ejido of Carrizalillo in such a way as to initiate a productive dialogue that could lead to the restart of the mine and related activities, today, the company sent the Vice President of Sustainability Georgina Blanco Mancilla to meet with the ejido.

As we have previously communicated, in the ejido, we are prepared to talk when the company is ready to show us respect and provide clear indications that would help to address the conflict, laying the groundwork for the revision of a new social-cooperation agreement. Nonetheless, in her opening intervention, the Vice President indicated that her visit was to contrast the story of company personnel with ours, as if we were in a process of investigation and not the start of a dialogue. However, as we have done many times before, we respectfully laid out what led to the current conflict. Ms. Blanco Mancilla denied having knowledge of the ejido’s side of things.

Following our presentation, Ms. Blanco Mancilla put forward the same proposal and position that the company has taken previously (1). This leaves us with a bad taste in the mouth because it makes us think that the company is incapable of recognizing that the conflict started with them, as a result of their inability to hear our demands. Our demands could have been resolved without a problem at least three months ago when we started to flag that we had a growing problem with the treatment we were receiving from them in response to our complaints over lack of fulfillment of the [social-cooperation] agreement.

After several meetings in which the company has lied to us, the ejido’s position is clear: the mine will not open until we are in talks to develop a new agreement with clear and forceful terms to ensure that the agreement will be fulfilled. Given this, it is tiring to have the company visit again with the same position as before.

Today, the company representative repeated what other company directors and managers have said to us when they have visited: that we should trust them, even when this trust has been betrayed time and again by the company. Today, we have no trust in the company, which is a result of the company’s passive attitude to take advantage of us by repeatedly failing to live up to our social-cooperation agreement and the various requests that progressively deepened this conflict.

We reiterated our position to the Vice President and requested that we be treated with respect and that it is about time that they take a position that would lead to dialogue to over a new agreement. Only then will the mine reopen. The earlier they are prepared to talk, the better for all.

We thank Ms. Georgina Blanco for her visit, who left with information about our position, which we hope will be discussed with other members of the company to establish the necessary conditions for dialogue to start negotiations.

For our part, we are ready and willing to sit down whenever the company comes, as well as being prepared to move forward, rather than go back again to where the conflict began. The proposal we were presented with today was even more regressive that the company’s last proposal that we had accepted.(2) We will continue here in the encampment waiting for the company – when it sees fit – to come and discuss our new agreement, which, as we mentioned, will include measures to guarantee that the company will fulfill the social-cooperation agreement and ensure that we are not treated in a racist and discriminatory way again.

As an ejido, we regret that today’s visit from the company did not demonstrate the seriousness that this problem deserves. We also do not like that the company continues to prioritize its business and investors, suggesting that we should let them operate and wait submissively to have our concerns addressed.

We call again on the company and its representatives to not come back with out-of-step proposals that have been previously raised during this conflict and that do not contribute to its resolution.

The Leadership Council of the ejido of Carrizalillo.

(2) On September 11, the ejido reached an agreement with the company that would allow mine operations to begin, while the encampment remains in place until talks over a new social-cooperation agreement reach such a place so as to meet the ejido’s expectations. The mine started operating the same day, but shut down again on September 13 after the company sent a letter ordering the encampament to be lifted as a condition for talks to start. 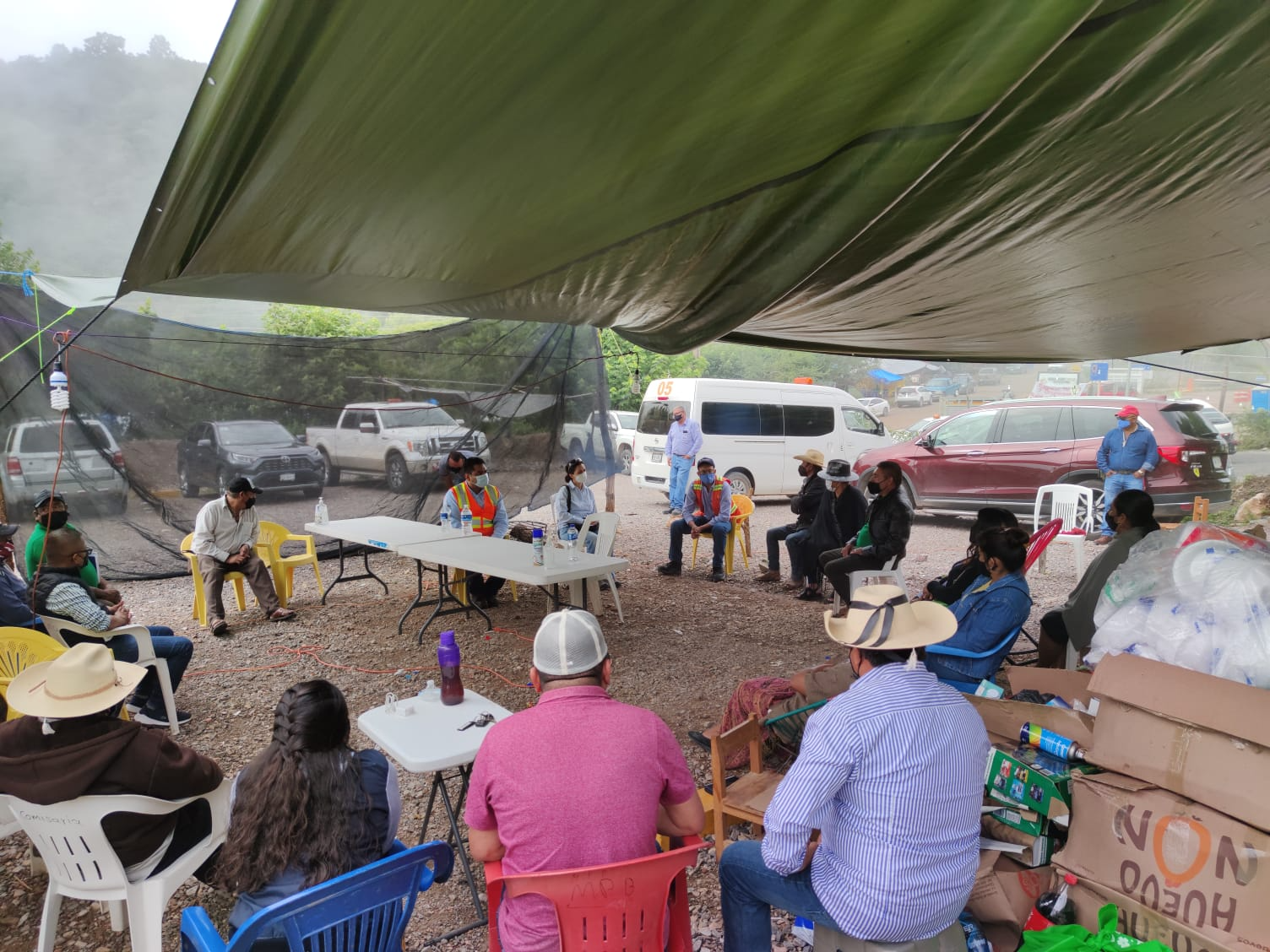