The Geopolitics of the False Green Transition

In Mexico, speculation on lithium reserves is sparking fears about the impact of mining—and calls for nationalization

The extraction of lithium, an essential mineral for mobile phone batteries, electric cars, and solar panels, has begun to reshape geopolitical relations, intensifying speculation by mining companies and deepening socio-environmental conflicts in areas where the deposits are located. The Global South is increasingly being impacted by the promotion and advancement of the “energy transition”.

Although countries such as Bolivia and Chile have been at the forefront of the debate on lithium extraction, the case of Mexico has recently been inserted in these conflicts. According to data from the Integral System on Mining Economics (SINEM), there are more than 622,000 hectares of concessioned area distributed in 36 projects for the exploration and extraction of this mineral. 84 percent of these projects are inactive, which could mean the cancellation of the concession if the constitutional reform launched in early October by Mexican President Andrés Manuel López Obrador is approved.

In this context, the Geocomunes collective, Mining Watch Canada, and the Mexican Network of People Affected by Mining published the report Lithium: The New Trade Dispute Driven by the Fake Green Market. The study focuses on the possible threats to the communities and territories where these mines intend to operate, and on elements that help to visualize the extraction market disputes ahead. For example, ongoing speculation suggests that the Bacanora Lithium project, only 200 kilometres from the northern border with the United States, has the largest lithium reserve in the world—close to 243 million tons of lithium in rock. This information has raised alarms in the mining and energy industry, and probably also has been part of the debate within the government at the time of launching the proposed constitutional reform, which seeks to nationalize minerals considered strategic, such as lithium.

Furthermore, social organizations and local population have raised concerns that the exploitation of this mineral could exacerbate the socio-ecological crisis and the climate of criminal violence that plagues northern Mexico where these mining projects are planned. This situation even led to the creation of a special police force to protect mining operations from organized crime.

The Dangerous and Costly Implications of Lithium Extraction

According to the report, open-pit mining operations of this mineral require chemical reagents and intensive use of water for processing. In the case of brine deposits,[1] this type of mining involves the intensification of water use, as can be seen in the projects in Chile and Argentina, generating acute droughts. Also, the report confirms that lithium appears on the Right to Know Hazardous Substance List and the Special Health Hazard Substance List.[2]

Paradoxically, these costs seem to be the trade-off needed to control the climate emergency and global warming, since the socio-ecological transition—to renewable energies and the electrification of public and private transportation—seems to be unavoidable. Thus, even the extractive industries that opportunistically jumped on the bandwagon now present themselves as good-natured and even messianic.

In the case of lithium mining, banks and mining corporations are trying to whitewash the image of this activity as environmentally responsible and harmless. Yet Yannick Deniau, a geographer and member of the Geocomunes collective, told the Rosa Luxemburg Foundation that “lithium rock mining projects, such as those found in northern Mexico, are just as devastating to the environment and nearby populations. There is no difference with the impacts generated by any other open-pit mining project.”

The mining industry in Mexico only contributes 2.4 percent of the country’s GDP. Additionally, the country does not yet have the technological development required to mine lithium, a condition that could generate dependency relationships with other economies or exacerbate its role as a supplier of raw materials. Lithium mining thus does not promise benefits for the country's comprehensive development.

Caught between the Asian and North American Markets

Mexico’s potential lithium reserves place it at the centre of disputes over market and mineral control. Miguel Mijangos of the Mexican Network of People Affected by Mining (REMA) affirms that “mining and the maquila for the production of inputs for the arms, energy, and automotive industries are very attractive for companies in the United States, Spain, and Germany. Large companies in these industries have settled here because of the cheap labour and few environmental restrictions, but they do not produce goods that benefit the country's development, but rather consumer goods that are exported to other countries.”

Lithium as a new factor in the energy and automotive industries is changing the conditions according to which relations with other countries are based. The major shareholders of the Bacanora Lithium project in North Mexico are the Asian firms Hanwa Co. from Japan and Ganfeng Lithium from China. As stated in the report, the latter is entitled to 50 percent of the lithium carbonate extracted in the initial phase and 75 percent of that extracted at the end of the mining process. In turn, the Chinese company signed an agreement in 2018 with Tesla to ensure the supply of lithium for its operations in the battery and car plant in Nevada together with the company Panasonic.

“The projects in the north of Mexico are close to the border with the United States. Capital is moving there, buying and selling properties, creating financial associations, and leading to speculation dynamics that the states are not able to control”, warns Deniau. Chinese investments in particular have gained much ground in these mining projects around the world and appear to threaten US interests, in a climate of geopolitical dispute with Asian economies.

This explains why the latest update to the North American Free Trade Agreement stipulated a percentage ranging from 65 to 76 percent of components for batteries and auto parts that must come from the region to be tariff-free. This implies that transactions of this type of goods with Asian markets will not be able to increase substantially within the Mexican economy.

The mining industry is characterized by speculative dynamics in various moments of operation. “Projects are planned by small mining companies that only live off their shares in the stock market, but they do not have any solidity or resources to develop a project, they only wait for the moment that their shares rise to sell them to other companies, as happens with renewable energy projects,” says Deniau of the Geocomunes collective.

Measures aimed at global decarbonization continue to shift the major costs to southern territories. “We find sacrifice zones legitimized through a kind of emotional blackmail. That is, they sell us the idea that it is necessary to impact territories and communities for the benefit of future generations.”

A similar view is expressed by Viviana Herrera, a member of Mining Watch Canada. In her opinion, this is part of a process of capital speculation, which translates into the fact that “there are 218 projects in Latin America, but there are only 8 in operation.” In addition, the activist and academic has documented that lithium projects in Latin America have not reported on the implications on the territories and for communities as prescribed by international conventions on the right of indigenous people like ILO Convention 169. “A paradigmatic case is found in the town of Salinas Grandes in Argentina, where lithium is extracted at the cost of significant socio-environmental impacts like droughts and water contamination, and where the right to Free, Prior and Informed Consultation was not exercised by arbitrarily ignoring the fact that it was an indigenous community.”

Capitalist energy transition is exacerbating the dispossession and forced displacement of the Mexican population. Although the exact number of people displaced by energy projects is unknown, in total around 35,000 people have been forced to change their place of residence since 2006, according to the Mexican Commission for the Defence and Promotion of Human Rights. In this context, there are few possibilities of building alternative livelihoods for communities resisting violence and the mercantilist logic of the energy transition. “The problem is that resistance against the arrival of mining projects takes a lot of collective strength that should be used in developing an organization outside of capitalist practices”, explains Miguel Mijangos.

Local power in municipalities and agrarian nuclei (collective land organization) in Mexico represents a strategic tool for defence against the installation of mining projects. For instance, local “mining-free territories” foster reflection, organization, self-management, and the defence of self-determination of people through open assemblies at the municipal level. This is the case of the municipality of Libres in the state of Puebla, which in February 2021 declared itself a mining-free municipality based on the right of indigenous peoples to self-determination.

However, structural violence affecting the territories, which includes illegal activities conducted by organized crime as well as violence exercised by the mining industry, amplifies local fears about the arrival of new mining and energy markets with strong interests. This situation is worsened by the lack of acknowledgement of the real costs of a transition without changing production and consumption patterns.

Given the climate emergency, it is essential to take the communities affected by exploration and mining projects for renewable energy technology more seriously into account. “Communities demand to be part of the decision-making process”, says Viviana Herrera. This represents a minimum condition for any transition project that seeks to be more than a technocratic change.

[1] The mineral is present in dissolved form along with other minerals in brine deposits. The lithium content may vary in each of these, so its treatment is differentiated in each case.

[2] Lithium is highly flammable and slightly explosive when exposed to air and especially water, in addition to being corrosive and generating toxic gases.

This article was originally published here. 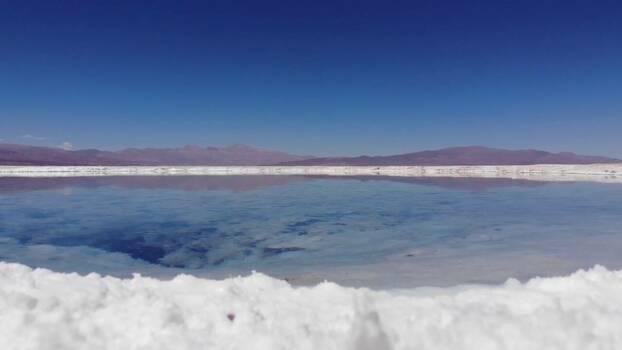 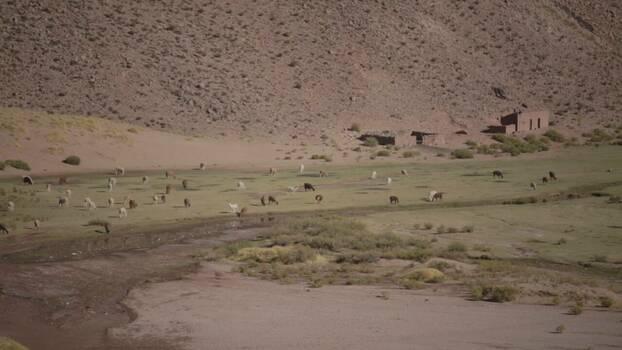 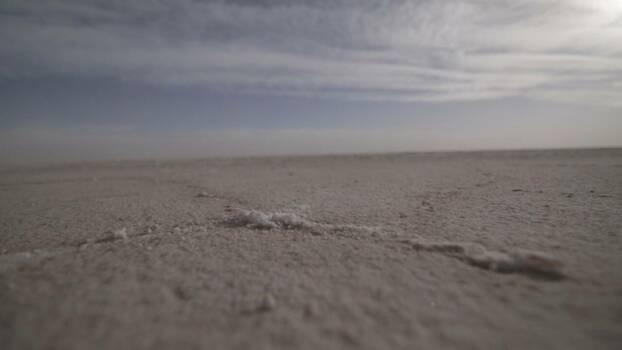 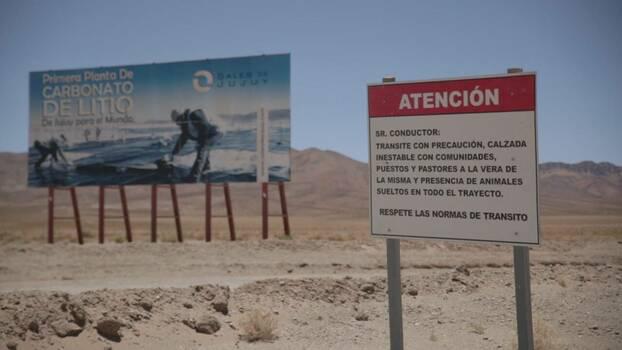 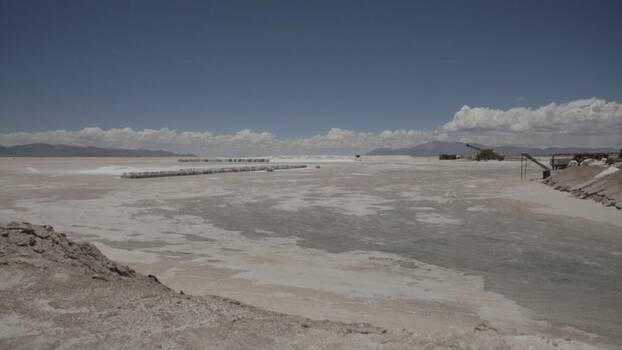 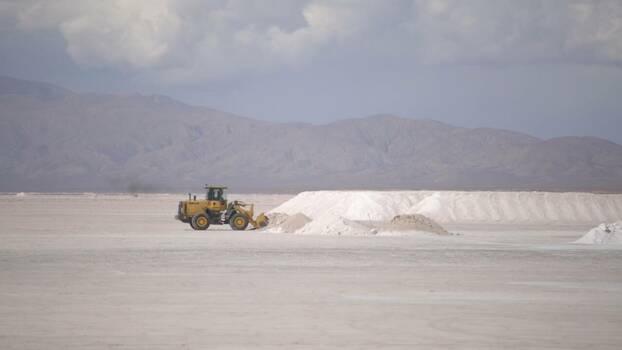