Ecuador: Final hearing for endemic species case at Llurimagua mining concession to be held on March 11, 2021

A Constitutional Injunction brought against the Ecuadorian Ministry of the Environment and the State Attorney General in August 2020 over concerns the rights of endemic species were being violated is to have its final hearing at the Multicompetent Judicial Unit of the Cotacachi canton on March 11 2021.

Environmental licenses on the concession will be revoked if these issues are not remedied to the judge’s satisfaction. The process will be overseen and validated by the Municipal government, the Universidad de San Francisco (Quito) and the Public Defender's Office (Ombudsman).

Carlos Zorrilla, a founder of DECOIN was fundamental in the case, and believes the judge appeals court will rule in the favour of endemic species and rights of nature.

Carlos Zorrilla says: “The measures [that must be complied with] include things that will be technically impossible to remedy, given that one of the most important irregularities was that the Ministry of the Environment approved the environmental license in 2014 without proper or sufficient baseline information – including not having a valid information from a meteorological station, which takes years of data collecting.”

“The case hinges on two species of frogs threatened by the Llurimagua mining project: the Longnose Harlequin Longnose Frog and the Confusing Rocket Frog. Both were thought extinct until their unexpected rediscovery in 2016 and 2019 respectively. Both are endemic to forests covered by the mining concession,” says Carlos Zorrilla.

“The full ruling released on October 22 last year states that Nature has intrinsic rights that are completely independent to human or civil rights; that these rights were violated when the State did not control mining activities in the Llurimagua concessions; that the Ministry did not take into account adequate protection for species in danger of extinction; and that the judicial protection was also violated,” says Carlos Zorrilla.

Intag as a Sanctuary of Life. Image credit: Carlos Zorrilla

“The judgement states that while the destruction of a few trees or a couple of the last remaining frogs of a certain species may not be significant from the public interest perspective, it is certainly significant to those specific species,” Carlos Zorrilla says.

The ruling would also pave the way for other similar cases to halt mining activities in areas where endemic species are found. Ecuador’s high rate of endemism means this could apply to most of the country.

“Besides it being a watershed ruling to protect endangered species and their habitat and  stop extractive development in fragile ecosystems, the ruling creates jurisprudence in support of the concerted effort to insert Rights of Nature statues into local and national throughout the world,” says Carlos Zorrilla.

A campaign “Intag as a Sanctuary of Life” is strongly backed by the Cotacachi County Government, with the Mayor publicly expressing an interest in creating a local law to declare all of Intag and Manduriacu a Sanctuary for Life. This would put it at loggerheads with the national government, which has been threatening local governments with criminal proceedings if they pass anti-mining ordinances.

Huge road signs have been erected by the local government to support the campaign, and on March 3, the ordinance was officially turned over to the Municipality for approval. 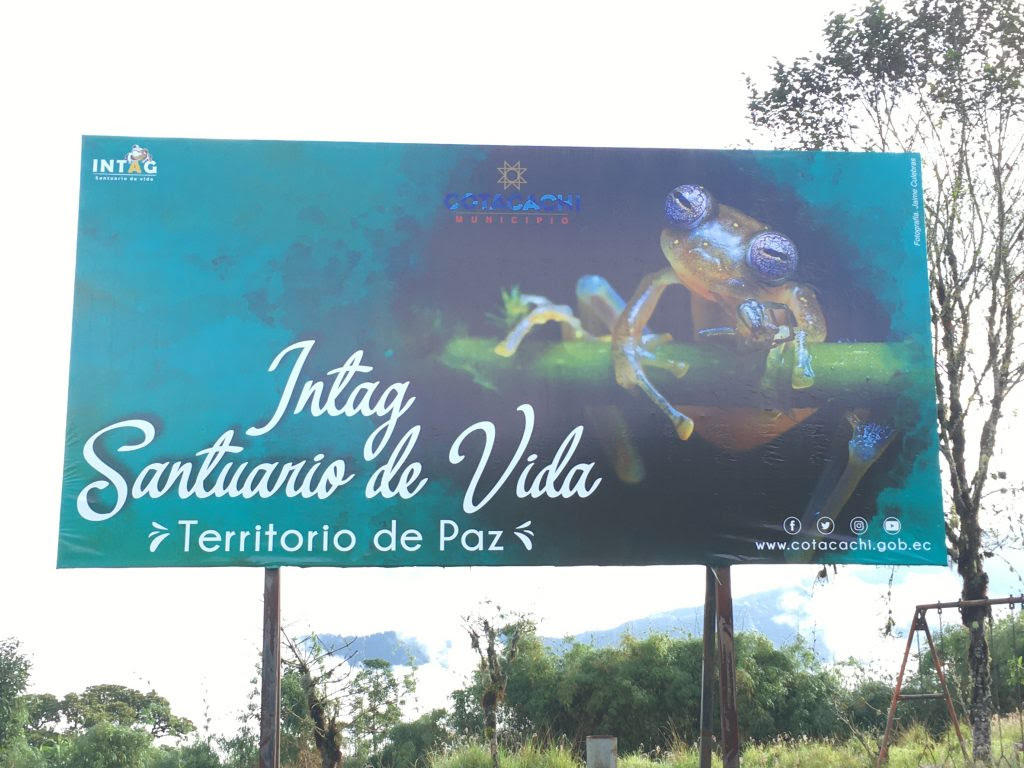 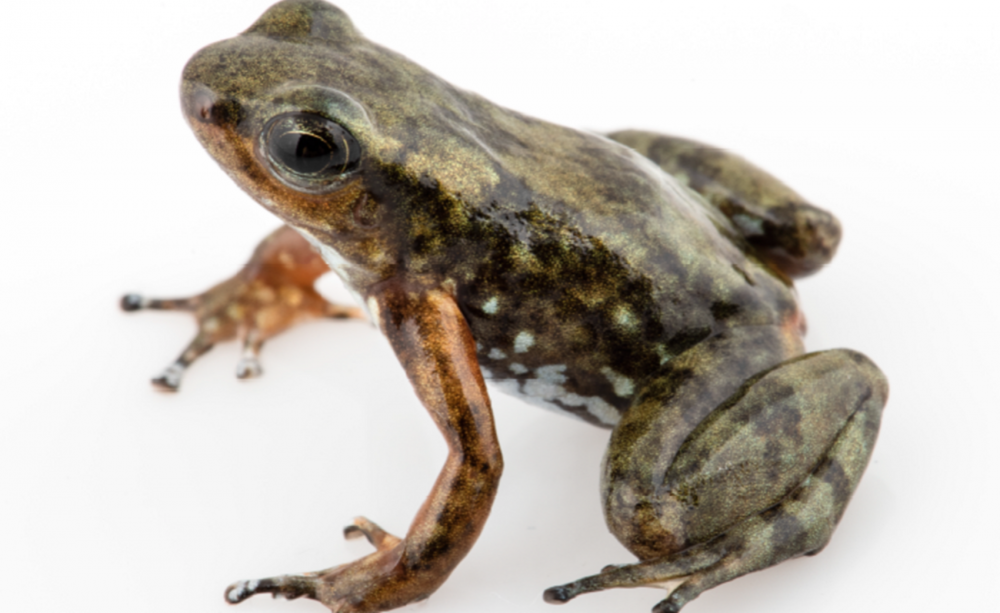