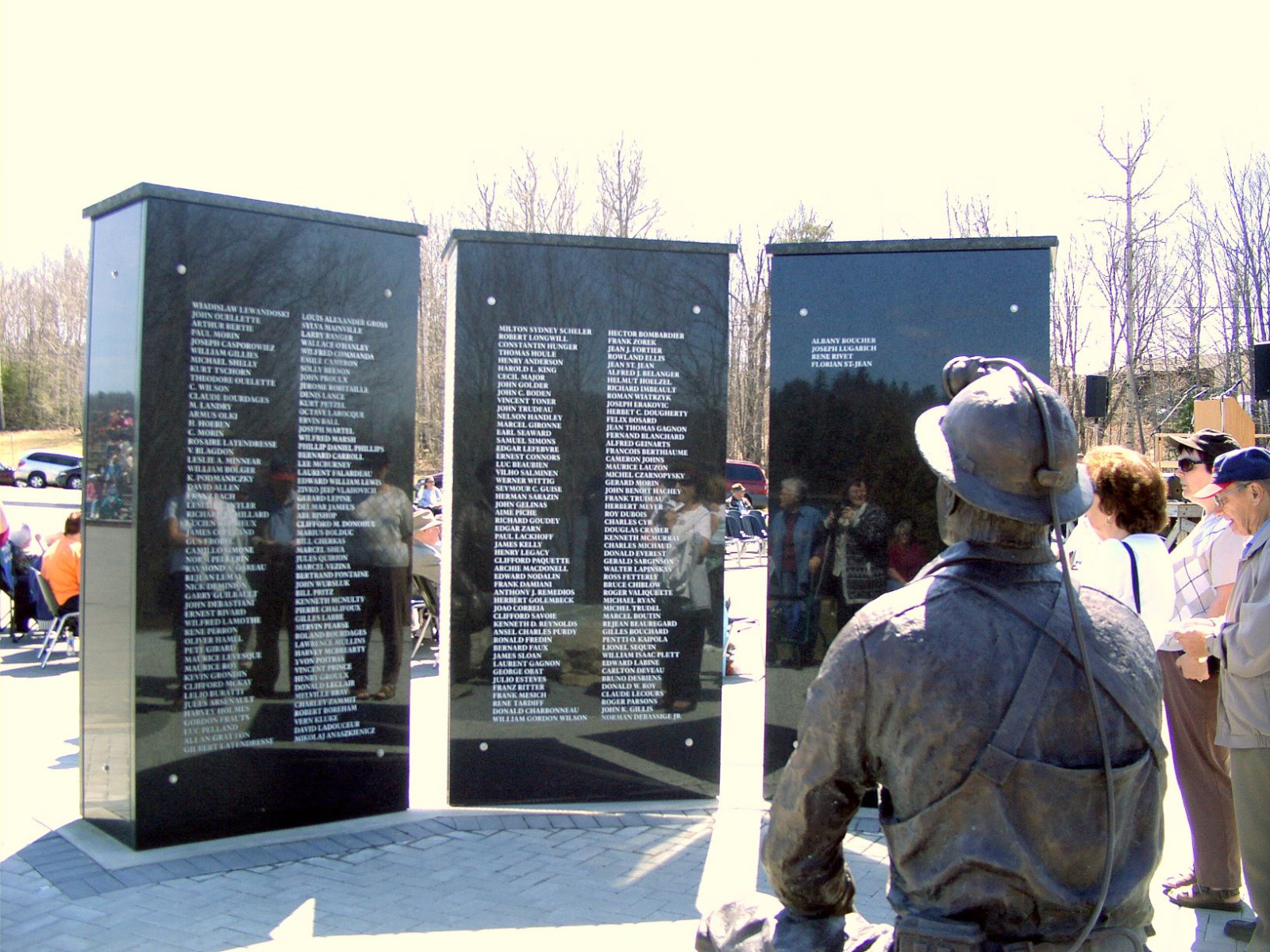 The Miner's Memorial, a tribute to the mining history of Elliot Lake, Ont., includes a section honouring those who died as a result of working in the uranium mines. Photo by Luc Rivet / Wikimedia Commons (CC BY-SA 3.0)

The Canadian Nuclear Safety Commission (CNSC) is leading a national study examining incidences of lung cancer in uranium workers from across the country.

The Canadian Uranium Workers Study (CANUWS) will examine health data from 80,000 past and present employees at Canada’s uranium mines, mills and processing and fabrication facilities. The study, which is now underway and set to end in 2023, is the largest examination of lung cancer in Canadian uranium workers to date.

Rachel Lane, one of the lead researchers on the new study, told Canada’s National Observer she believes it will reassure workers they face less risk than before from lung cancer arising from exposure to radon, an odourless, colourless, radioactive gas. Lane is a radiation and health scientist specialist at the CNSC in Ottawa and holds a PhD in epidemiology.

“The more we know about the health effects of uranium workers, especially now at the low levels of exposure they are having, the better we are able to ensure they’re healthy and (able) to protect them.”

The $800-million mining and milling uranium industry employs over 2,000 people — of whom more than half are residents of northern Saskatchewan — at mine sites. The researchers plan to examine causes of death in uranium workers from 1950 on and chart their cancer data from 1970 onwards, using research from previous studies.