Statement: REMA Joins the Demands of the San Pedro Apóstol Community, Ocotlán, Oaxaca, that Semarnat Not Give in to Lobbying Tactics Promoted by the Environment-Destroying Canadian Mining Company Fortuna Silver Mines

On July 22, 2021, we learned through the Ecological Gazette of the Ministry of Environment and Natural Resources of the Federal Government (SEMARNAT), that Minera Cuzcatlán, a subsidiary of Canadian Fortuna Silver Mines, was refused a permit for the expansion of the mining project referred to as "San José II.” The refusal, at least for the time being, limits and avoids the continued destruction that is already being experienced in the area known as the Central Valleys (Spanish: Valles Centrales), in particular, by the residents of Magdalena Ocotlán, and more recently by the neighbouring municipality of San Pedro Apóstol. Nevertheless, demonstrating the arrogance and impunity with which this polluting company operates, it has initiated a major lobbying campaign in the local media—state and social networks—in order to manipulate public opinion rather than focus on contesting the refusal legally, as is within its rights.

This is not the first time that we have observed companies use these types of media, and even political practices, in an attempt to overrule a decision when one of their proposals is denied.

Nor is it the first time that this company has demonstrated political and aggressive proclivities: there are documented occurrences of their use of state and illegal, armed groups to orchestrate a variety of aggressions against the defenders of the Zapotec territory. Canadian mining company Fortuna Silver Mines has, since its arrival to the region, resorted to the use of violence, and has also carried out acts of coercion by co-opting the authorities representing the agrarian centres and municipalities surrounding the project area.

We cannot forget that in 2009, Fortuna Silver Mines was the intellectual author of the violent eviction of a peaceful sit-in arranged by territorial defenders at the entrance to "their" mine in San José del Progreso Ocotlán: 24 arbitrary detentions, dozens of illegal searches in the Community of Magdalena Ocotlán, and fierce persecution of Zapotec territorial defenders.

Nor do we forget the recurring violations of human and environmental rights that Minera Cuzcatlán/Fortuna Silver Mines has carried out with total impunity throughout twelve years of operation, by fully colluding with environmental authorities at all levels. This company has a long history of: territorial dispossession, contamination of water and agricultural fields; importing and fueling diseases that are related to the mining operation, and were previously non-existent in the communities; and the extinction of flora and fauna, including the death of livestock. As one example, we cite the toxic spill of 1,516,000 litres of mining tailings in October 2018 that contaminated several kilometres of the Coyote River riverbed with highly toxic heavy metals, affecting seven communities, and consequently damaging the Atoyac River, further downstream. And if that were not enough—the disaster and the evidence obtained by government agencies via water analysis—the National Water Commission (CONAGUA) and the Federal Attorney for Water Protection (PROFEPA) exonerated the environment-destroying Fortuna Silver Mines.

The Mexican Network of People Affected by Mining (REMA) support and stand in solidarity with the San Pedro Apóstol Ocotlán Community’s demand that SEMARNAT remain firm in its decision to deny the expansion of the "San José II '' mining project. The expansion of this project would mean the continuity, increase and acceleration of regional destruction, with all the well-known consequences that occur wherever mining extraction takes place.

NO TO THE EXPANSION OF THE SAN JOSÉ II MINING PROJECT!

ACCOUNTABILITY FOR THE DAMAGES CAUSED BY THE MINING PROJECT! 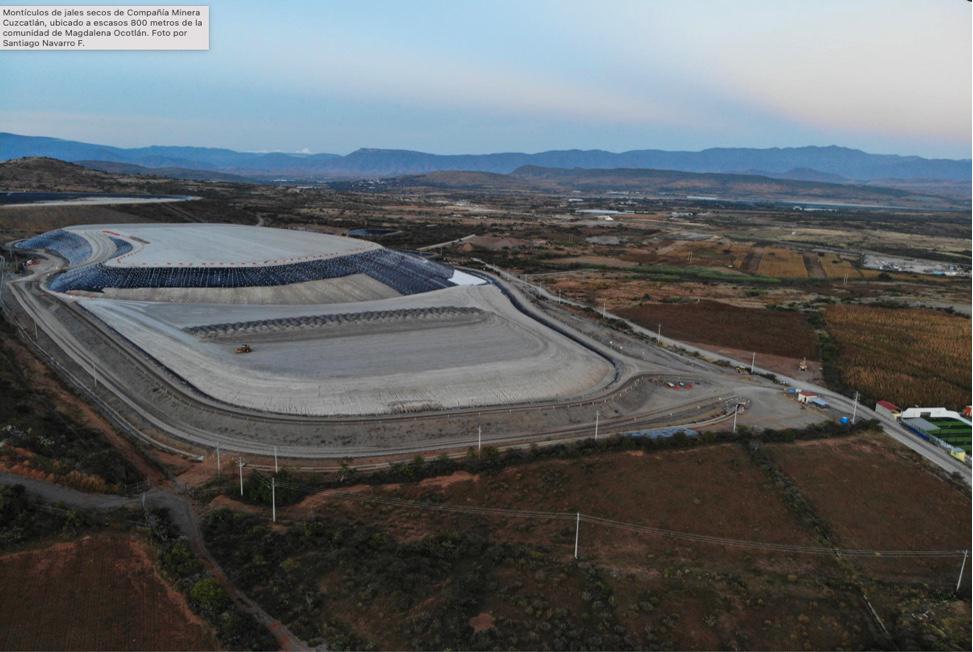