Barrick in Charge: Ongoing Killings of Local Kuria by Mine Police and Forced Evictions at the North Mara Gold Mine

(Ottawa) In September, MiningWatch Canada conducted another human rights investigation at the North Mara Gold Mine in Tanzania, owned and operated by Canadian company Barrick Gold. The findings of this investigation are published today in the latest report: “He was murdered”: Violence against Kuria High after Barrick Takeover of Mine. The report focuses on human rights abuses that have taken place at the mine in the three years since Barrick’s September 2019 takeover, when the company assumed ownership and management control under CEO Mark Bristow.

“It is deeply disturbing that the last three years, during which time Barrick has been in direct control of the mine, have been marked by ongoing high levels of violence by mine police against local Kuria villagers,” says Catherine Coumans of MiningWatch Canada. “This violence is compounded by additional human rights abuses associated with forced evictions for mine expansion that started last year.”

Barrick has made changes related to security at the mine, including building more and higher walls and further fortifying these with electrification. But MiningWatch’s report finds that the primary cause of ongoing killings and life-altering injuries of local Kuria people result from the mine’s continued reliance on Field Force Units of the Tanzanian police and their Critical Response Teams for security. MiningWatch uses the terms “mine police” advisedly because these police are not only paid by the Government of Tanzania, but also traditionally receive bonus payments from the mine, as well as other forms of logistical support such as the use of vehicles provided by the mine.

This year, MiningWatch was further dismayed to find that already-marginal subsistence farmers have had to pay for legal support to obtain a restraining order against the mine to protect themselves and their lands from further brutal forced evictions to make way for mine expansion.

“The forced evictions are marked by intimidation and violence and are causing people to lose their homes and the land that is the primary source of their food security and livelihood,” says Coumans. “The Indigenous Kuria from Komarera village are not being fairly and lawfully compensated through the assessment process, which appears to be geared towards saving the company money on the backs of people who can least afford to be subsidizing a gold mine.”

MiningWatch is acutely aware of the role played by the Canadian Government in creating conditions to allow Barrick to broker a deal with then-Tanzanian President Magufuli, which ultimately led to the Tanzanian Government’s current 16% free carried shareholding in the mine. Prior to a pivotal meeting in 2017, Barrick was embroiled in a long-running dispute with the Tanzanian government over – among other issues – failure to pay taxes.

“While MiningWatch has raised the issue of human rights abuses at the North Mara mine directly with the Canadian Embassy, there has been no follow-up,” says Coumans. “The embassy has always shown more interest in promoting and protecting Barrick’s interests than in holding the company to account for the human tragedy unfolding in the villages around the mine.”

The ongoing human rights abuses at Barrick’s North Mara mine are further evidence of the urgent need for Canada to pass comprehensive and mandatory human rights and environmental due diligence legislation as proposed by the Canadian Network on Corporate Accountability, where MiningWatch serves on the Steering Committee. 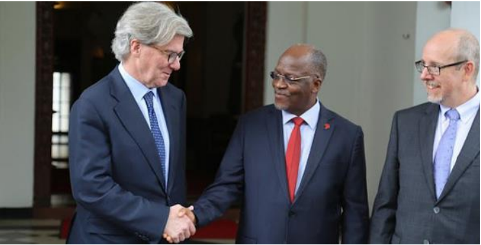 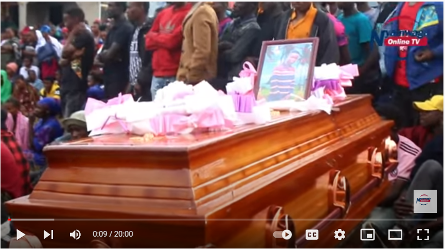 Press Release: MiningWatch Report on Abuses at North Mara Mine

“He was murdered”: Violence against Kuria High after Barrick Takeover of Mine