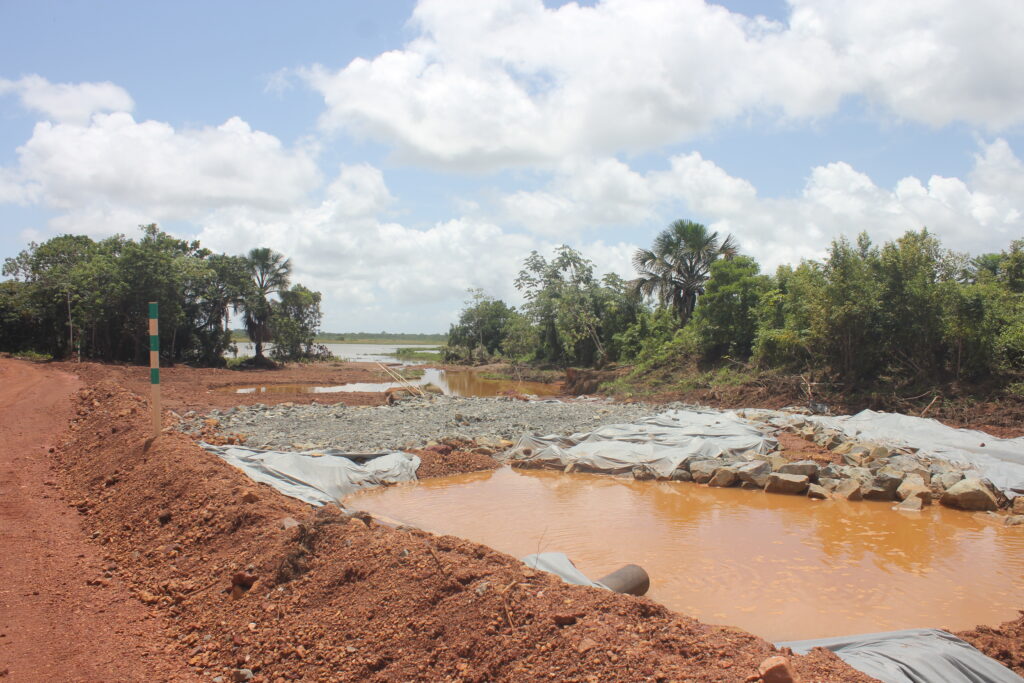 Last Monday, February 14, representatives of the Movement of Dam-Affected People (MAB) met with several national and international human rights organizations to discuss the ongoing situation facing the families affected by the Priocaua dam failure, in Godofredo Viana (MA). March 25 marks one year since that crime was committed. At the meeting, MAB also announced that it was studying the impacts [the dam breach had] on the land, in partnership with different Brazilian public universities, with the intention of building a case for action to repair the harms caused in the district.

During the meeting, a brief overview was given about the current reality in the region, alongside preliminary results from the land use study examining the consequences for families in the district of Aurizona as a result of the dam failure. At the time, the rupturing of the dam at Aurizona S/A’s gold mine – owned by Canadian company Equinox Gold – overwhelmed the Tromaí River and contaminated the Juiz de Fora water reservoir, leaving more than 4,000 people without access to water. As a result, the courts forced Equinox Gold to supply bottled water to those affected; however, according to residents, the supply has been precarious and insufficient to meet local demands. In addition, residents were blocked from accessing their community.

Representatives from the National Council for Human Rights (Conselho Nacional de Direitos Humanos - CNDH), the Latin American Human Rights Committee (CDHAL), the Maranhense Society for Human Rights (da Sociedade Maranhense de Direitos Humanos - SMDH), the Federal University of Ouro Preto (UFOP), the Federal University of Maranhão (UFMA), the University of São Paulo (USP), as well as members of international groups such as the Montreal Collective and NGOs such as MiningWatch Canada, Earthworks and FIBRA, attended the meeting. The meeting was also attended by parliamentarians from Maranhão and trade unions, such as the Federation of Rural Workers and Farmers of the State of Maranhão (a Federação dos Trabalhadores Rurais Agricultores e Agricultoras do Estado do Maranhão - FETAEMA), the Central Workers Union (a Central Única dos Trabalhadores – CUT), the World March of Women (a Marcha Mundial das Mulheres), Sindsep, councillors from the Nós Collective, Congressman Zé Carlos (PT/MA), and the advisor to State Congressman Zé Inácio (PT/MA).

Those present underscored the importance of the struggle and organization of those affected, and were willing to collectively build strategies alongside MAB to denounce rights violations and demand reparations from those responsible for the harm caused to the community. They also stressed the importance of the broader conversation about the actions of companies who have dams in the area, given that they do not guarantee the safety of affected populations, in violation of Law No. 14,066/2020, which dictates regulations on dam safety in Brazil.

At a moment when the crime committed in Aurizona nears its one-year anniversary, is it important for the Movement of Dam-Affected Peoples to continue the struggle and uphold the demands of those affected. The collectives present at this meeting emphasized that the unity between people affected by dams and the broader social movement is essential to guarantee the reparation of the rights violated by the mining companies operating in the region.