(May 12, 2022) An international coalition of activists delivered a petition to Pan American Silver leadership at the company’s annual meeting yesterday calling on the company to respect communities’ self-determination in Guatemala and Argentina. The petition, organized by corporate watchdog SumOfUs, garnered more than 85,000 signatures in just two weeks.

“The scale of the petition shows that people around the world are on to Pan American Silver’s business model– profit at all cost with a blatant disregard for the self-determination of Indigenous communities,” said Angus Wong, Senior Campaign Manager with SumOfUs. “This petition delivery is just the beginning – SumOfUs has supported communities from Alaska to Peru to stop mining projects for years, and we are prepared to fight Pan American Silver until it respects communities’ self-determination in Argentina and Guatemala.”

Once again, Pan American Silver took advantage of the lack of transparency afforded by the virtual platform at this year's Annual General Meeting in Vancouver, Canada to silence community voices and dodge questions about opposition to its projects.

"Why is Pan American Silver refusing to engage with shareholders who are concerned about Indigenous rights?” asked Ellen Moore, International Mining Campaign Manager with Earthworks. “It is not clear if the company will respect Indigenous people’s right to say no to mining in their territory. That makes it a dangerous investment and shareholders should know that.”

Pan American Silver hopes to cash in on large silver deposits despite long-standing resistance at the proposed Navidad project in Chubut, Argentina where open-pit mining is currently prohibited by law, and the suspended Escobal mine in Guatemala. The company categorizes the projects, along with the La Colorada mine in Mexico, as “catalysts for growth,”  that is, projects that are essential for the future profitability of the company.

“It is clear to us that Pan American Silver is financing the ongoing dispossession of peoples in Guatemala and Argentina with the pain and suffering of communities at La Colorada, Mexico, ” said Cristina Agüero, a member of the Union of Assemblies of Communities of Chubut (UACCH), Argentina. “We wanted the company to hear that they are not welcome in our territories.” 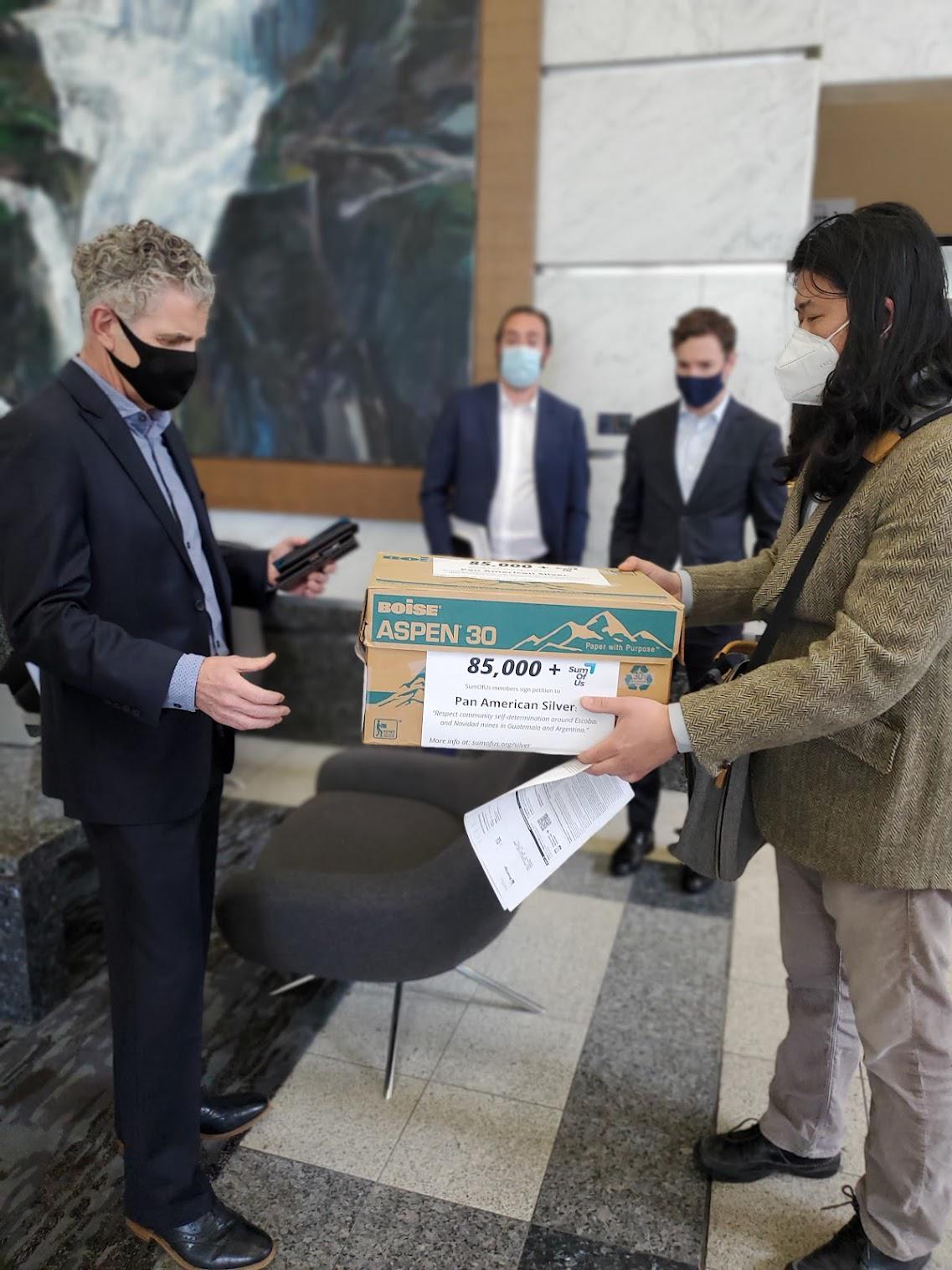