We the undersigned peoples and organisations have gathered here at the first Summit of Peoples Affected by Pan American Silver in Guatemala. In a week, the company will hold its annual meeting of its shareholders in Vancouver, where the image they will present is likely to be positive. Our realities are very different, and we want our voices to be heard. This initiative arose in response to the need to articulate and exchange experiences of resistance as a way of confronting the constant threats that we suffer in our territories.

Since Pan American Silver’s arrival to our countries, our communities have been stripped of our rights, criminalised, persecuted, and have faced violence. We have been rendered invisible through the company’s corrupt practices and methods of imposing resource extraction by colluding with political authorities and limiting our access to justice. All of this is evidence of a pattern of corporate behaviour and operational tactics used systematically to establish themselves in our regions.

In Argentina, since 2009, the company has been manipulating the three branches of the provincial government – the executive, the legislative and the judiciary – to develop the Navidad project. Its methods are based in corruption and the constant harassment of the communities of the plateau (meseta) of the province.

In Guatemala, the company acquired the Escobal mine in 2019, which had been suspended after nine years of historical and peaceful resistance – just like in Argentina – and in full knowledge of the human rights violations caused by the company in alliance with previous governments.

In Peru, after operating the Quiruvilca project for more than 18 years and facing mine closure, Pan American Silver offloaded its project and its responsibility, leaving the environmental liabilities as a form of development for the communities.

In Mexico, since 1998, a mine has been imposed on the community of La Colorada. By causing destruction and division, the company accomplish its goal between 2014 and 2017 of demolishing homes and entirely dispossessing the community that inhabited the territory. This twisted process has resulted in changing the very geographic references, literally wiping the community from the map.

From company documents, we know that Pan American Silver is betting its future on the expansion of the La Colorada project and advancements of the projects currently halted by widespread resistance: Navidad and Escobal. For this reason, we declare the company responsible for anything that might happen to us through the course of our actions in defence of Mother Earth. We demand that the governments of Argentina, Mexico, Peru and Guatemala guarantee the security of their peoples and uphold their rights to self-determination. This includes their right to determine the kinds of productive activities that each community wishes to pursue according to their culture, history and beliefs.

Our exchanges at the Summit have revealed that our struggles are not isolated: the company and our governments share patterns of behaviour that include corruption, coercion, extortion, disinformation, the buying off of people and the media, repression and militarisation of territories, forced displacement of communities, human rights violations, violations of the rights of Indigenous communities, harms to the environment and our health, and the evasion of fiscal, tributary, environmental and labour responsibilities. All of these actions are hidden behind pretty words and images.

The fact that our communities have now unified against the same invader allows us to strengthen the networks of support, resistance and communication. In this way, we can articulate ourselves as peoples in defence of our territories threatened by extractivist companies like Pan American Silver, because we know that Pan American Silver finances, with the suffering of some, mine development and dispossession elsewhere.

We want to let the shareholders of this company know that we will be delivering a petition with broad global support at their annual general meeting next week on May 11th.

We reiterate our commitment to the path chosen to defend Mother Earth by the communities in Chubut, Argentina and Santa Rosa, Japala and Jutiapa, Guatemala. We encourage others oppressed by extractivism to raise their voices, take to the streets and join in on the strategies initiated by this Summit.

“If Pan American Silver has 20 years to wait, we have all our lives to resist”

Union of the Assemblies of the Communities of Chubut, Argentina 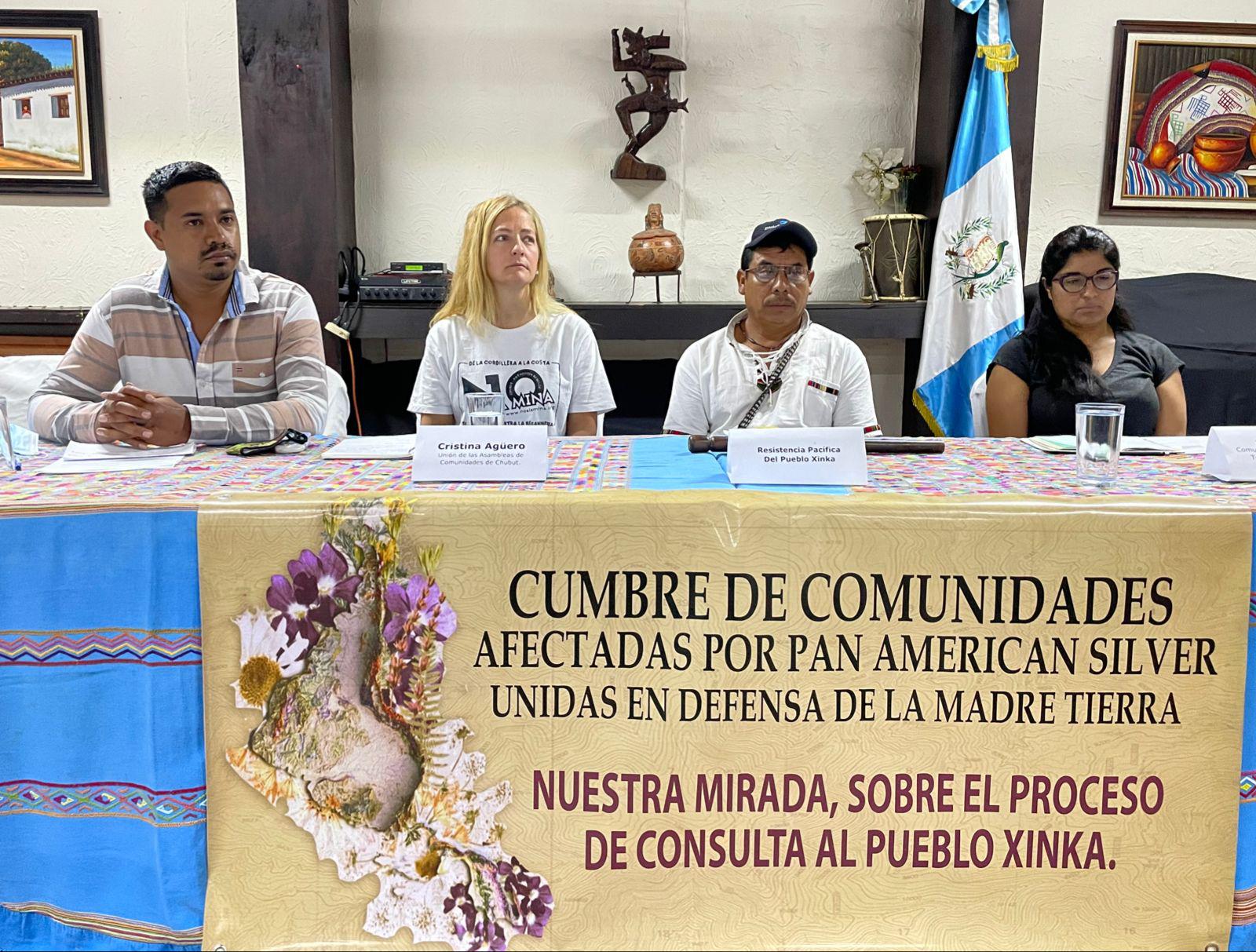