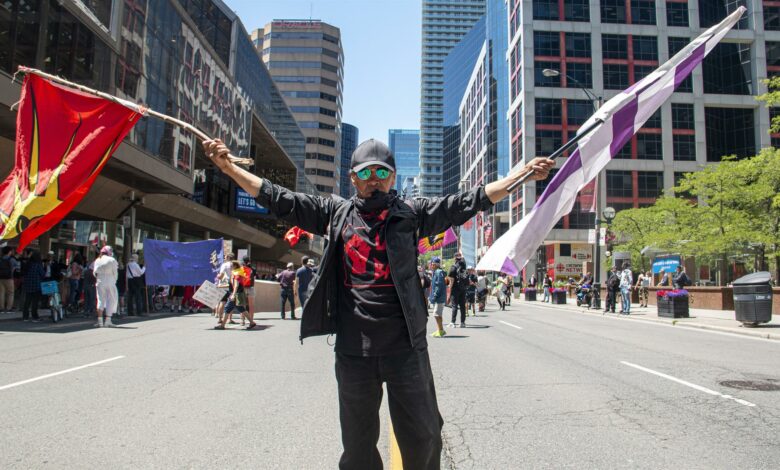 Toronto, Canada, Jun 13 (EFE).- Indigenous groups and activists from America, Asia and Africa demonstrated Monday at the world’s largest mining convention that began Monday in Toronto, Canada, and attended by hundreds of companies and thousands of delegates from around the world.

Among the delegations present at this year’s edition of the Prospectors and Developers Association of Canada convention, not held in 2021 due to Covid-19 restrictions, are senior sector officials from countries such as Mexico, Colombia, Ecuador, Chile and Argentina.

But the opening of the convention was also attended Monday by more than a 100 protesters, many of them indigenous Canadians and other American countries, expressing their rejection of activities of the sector in their traditional territories.

Among the protesters were also representatives of the Tigray, an ethnic group in Ethiopia that has been in armed conflict with the Addis Ababa regime since November 2020, who denounced that Canadian mining companies are profiting from the civil war.

Kirsten Francescone, representative of MiningWatch Canada, which supports indigenous communities in Latin America and other world regions, told EFE that the sector is trying to use the climate crisis to advance its interests to the detriment of the local populations.

“The conference is very important to them and we have come to denounce what is the ‘greenwashing’ of these companies, which try to use the climate crisis to promote that their operations can continue to deepen extractivism in Canada and the world,” said Francescone. .

Francescone said she denounced the situation in Ecuador and Argentina where local groups oppose the mining activities of Canadian companies that have the support of Ottawa.

The Shuar Arutam, an indigenous group from the Ecuadorian Amazon, said they oppose a Solaris Resources project and denounced that their leaders have been threatened by representatives of the Canadian mining company.

They have also denounced that Solaris Resources, with the support of the Canadian government, has manipulated some Shuar, “who have received money from the mining company to defend them.”