For almost two hours, a large crowd of community leaders blocked Front Street in downtown Toronto to protest against the negative impact on workers and the environment from the operations of major mining companies around the world. 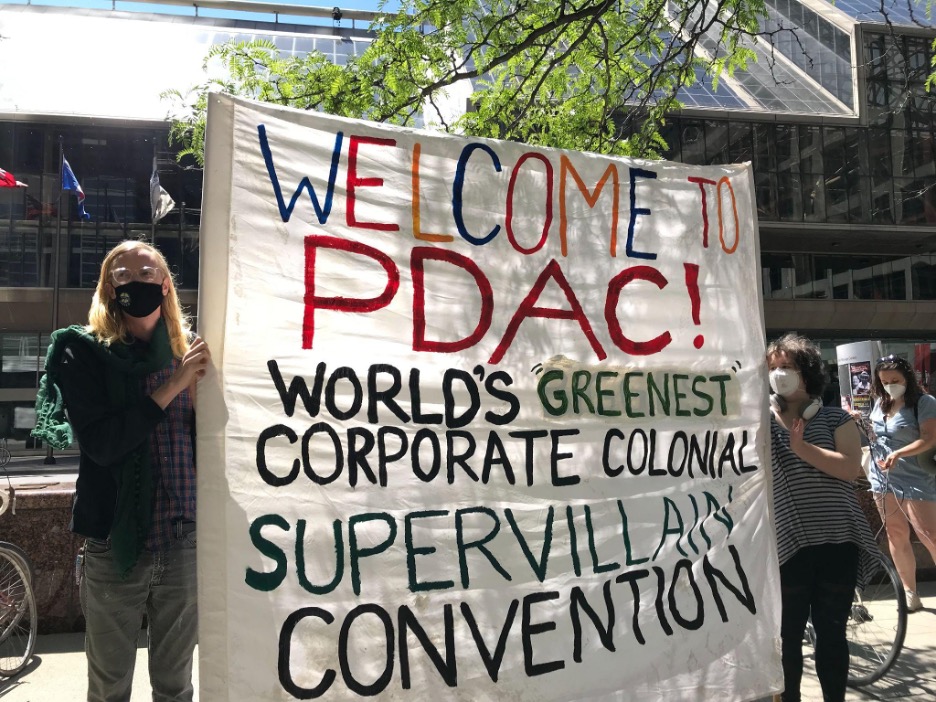 Representatives from communities impacted by mining projects in Colombia, the Philippines, Nunavut and the “Ring of Fire” region in Northern Ontario protested Monday outside the Prospectors and Developers Association of Canada’s annual conference, a large event that attracts more than 1,000 exhibitors, 2,500 investors and 23,000 attendees.

The Mining Injustice Solidarity Network, organizers of the rally, explained that the Ring of Fire is a proposed project covering a 5,000 square kilometre area in Northern Ontario that’s estimated to contain massive quantities of chromite, nickel and copper, among other critical minerals’ needed for the production of electric vehicles and other “green” technologies.

In April, Noront Resources’ stake in the project was sold to Wyloo Metals which some say has a history of failing to respect Indigenous rights in Australia. Two Ontario First Nations in the area have entered into agreements with the province, while in December Neskantaga First Nation sued the Ontario government for their failure to adequately consult First Nations about the project. The Ring of Fire mining project could damage the area’s peatlands, which store over 30 billion tons of carbon, the protest organizers said.

Chief Wayne Moonias of Neskantaga First Nation, and Aliqa Kanangnak Illauq of Clyde River, Nunavut, blamed the mining operations for contaminating rivers in their communities and for not having access to drinking water. 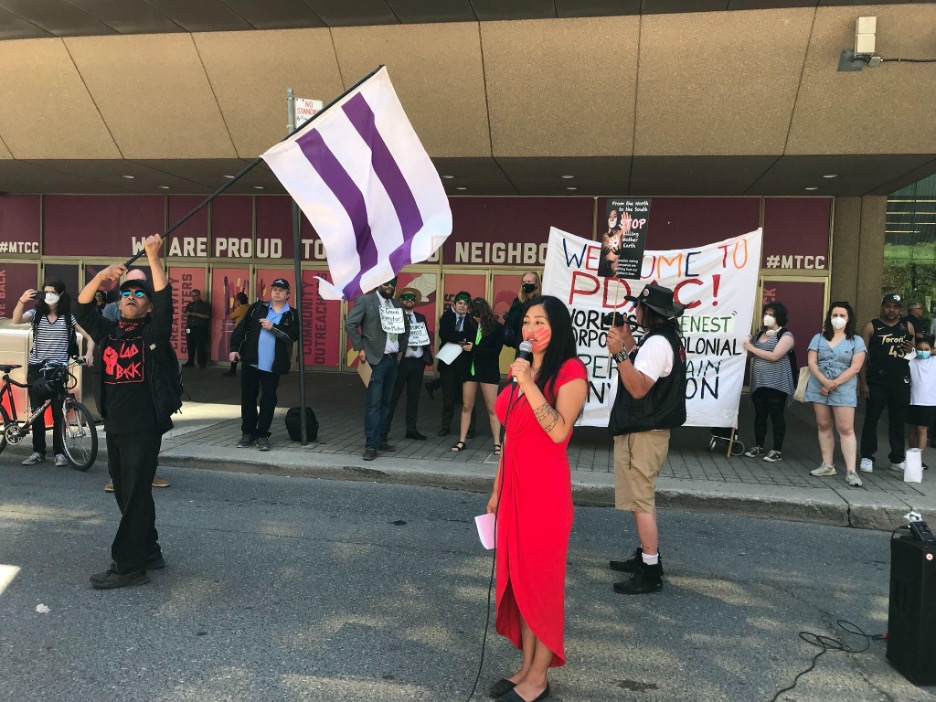 “These mining industries come to our homes and hurt our children’s future, in the name of money,” said Kanangnak Illauq, pointing to the Metro Toronto Convention Centre, which hosts thousands of mining producers and investors during the three-day conference.

Accompanied by drums and dancers, community leaders spoke up against the Prospectors and Developers Association Conference, the world’s biggest mining expo, which they defined as the “world’s ‘greenest’ corporate colonial supervillain convention”

On behalf of Anakbayan, an organization of Filipino youth and students in Canada, Myka Jaymalin stated that Canada is home to 75 percent of the world’s mining companies. She alleged that Canadian mining firms “are notorious for corruption and human rights abuses, especially in the parts of mining regions, like the Philippines.”

She alleged that between 2001 and 2019, at least 300 environmental defenders were killed in the Philippines, “most are our Indigenous leaders.” In an interview with New Canadian Media, Kirsten Francescone, the Latin America Program Coordinator at Mining Watch Canada, explained that even though Canadian mining companies say their operations are sustainable, fighting against the climate crisis and are not environmentally harmful, this is not the reality.

“What we see on the ground in Latin America, just like here in Canada, is the Canadian companies are perpetuating systems of colonial and imperialist domination,” she alleged. “They are engaging in practices that are destroying the environment. They’re committing environmental and human rights crimes.” 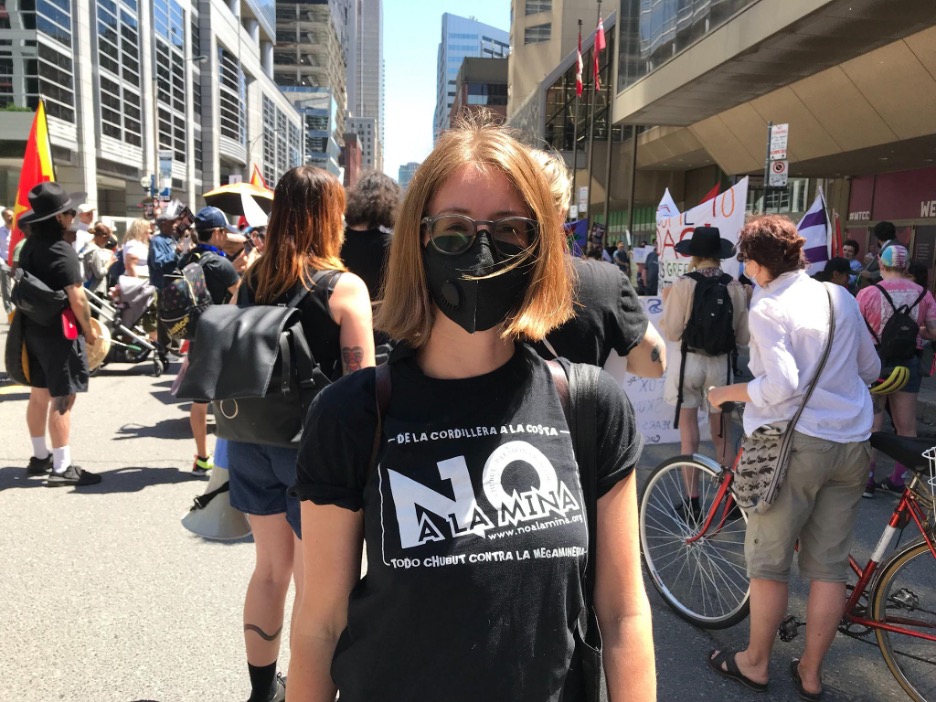 After attending Ecuador Day as part of the PDAC convention, Francescone said even though indigenous people from the Ecuadorian Amazon have constantly condemned mining operations in the region, areas of the South American country were being sold to mining companies like an “auction.”