(Montreal) In a new map released today, a coalition of local and national organizations reveals a boom in mining claims ranging from 49.1% to 408% for 18 months in four tourist regions of southern Quebec. Faced with this unprecedented boom, the coalition is urging Quebec to establish a moratorium, as long as the rules set out in the Mining Act have not been modified.

This boom in mining claims comes on the heels of increased global demand for minerals and the launch of the Quebec Plan for the Development of Critical and Strategic Minerals ("Minerals of the Future") in the fall of 2020.

Among the highlights noted by the organizations:

Faced with this wave of mining claims sweeping over southern Quebec in a chaotic manner, without planning and without consulting local populations, organizations are urging Quebec to establish a moratorium. In a letter sent to the government, they ask in particular to review the Mining Act and the rules of application of “territories incompatible with mining activity” (TIAM) in order to better protect tourist areas and valued natural environments.

This call echoes the some 25 municipalities currently mobilized in southern Quebec, as well as another request made earlier this year concerning the need to protect drinking water eskers in Abitibi-Témiscamingue.

It should be noted that a recent Léger poll underlines that 3 out of 4 people in Quebec (78%) say they are in favour of "requiring the consent of local populations (e.g., municipalities, Aboriginal Nations) before authorizing any mining activity on their territory. A similar proportion (75%) asks “to prohibit any mining project in tourist or resort areas”. Almost all (89%) of respondents want to “prohibit the dumping of mining waste into any lake, river or sensitive ecological environment”.

What our map shows is much worse than we could imagine. We are currently witnessing the appropriation of vast swaths of southern Quebec by the mining exploration industry. This is happening without the citizens knowing about it and having a say. At this rate, we will soon be faced with a fait accompli. Quebec will become the Alberta of minerals.

- Louis St-Hilaire, Group for the protection of the lakes of the Petite-Nation

Abitibi is built on a boom in mining claims 100 years ago, a boom that has continued to expand since, without consulting the population, in the total chaos of the Mining Act. Forty percent of the Abitibi territory is now "frozen" due to mining claims, preventing any other use of the territory. Southern Quebec should not suffer from this archaic policy.

The government and the mining industry do a lot of publicity about minerals of the future. But in this case, it is also our future that is in question and we would like to have a say on the subject. For the moment, we are not listening to the government and we are afraid of becoming a sacrificed region.

“Quebec cannot move forward with so-called “future” minerals with laws and practices of the past. We must put health and the environment back at the heart of current mining laws and policies”

“In 2022, it is high time to stop considering the natural environments of Quebec as a simple reservoir of industrial resources to be exploited. Reserving large swaths of inviolate nature for our physical and spiritual well-being and that of our descendants is more than a necessity, it is an imperative.

“The current and future mining boom associated with American and European demand, in particular to supply the minerals necessary for the manufacture of batteries, should not be underestimated. People are not ready to sacrifice their health and the environment pretending to save the climate. It takes a real ecological transition that is much broader than the manufacture of batteries.

- Daniel Tokateloff - Association for the Protection of Lake Taureau

“As Quebec prepares to host COP15 on biodiversity, it is urgent to review our development practices and prioritize conservation and access to nature, for living and protected territories. It is time for nature claims to replace mining claims!

“Knowing the importance of wetlands and bodies of water for the quality of our lives but also as a vital water resource, it is completely reckless to let the mining industry have the leisure to explore wherever it sees fit. We must protect these environments, it is the quality of life of all and of future generations that depends on it.

“Our citizens are very attached to our territory, dotted with exceptional lakes and waterways. We hear their message very clearly and we share it. Under current government rules, our MRC is incompatible with mining activity.

- Benoit Lauzon, prefect of the MRC of Papineau 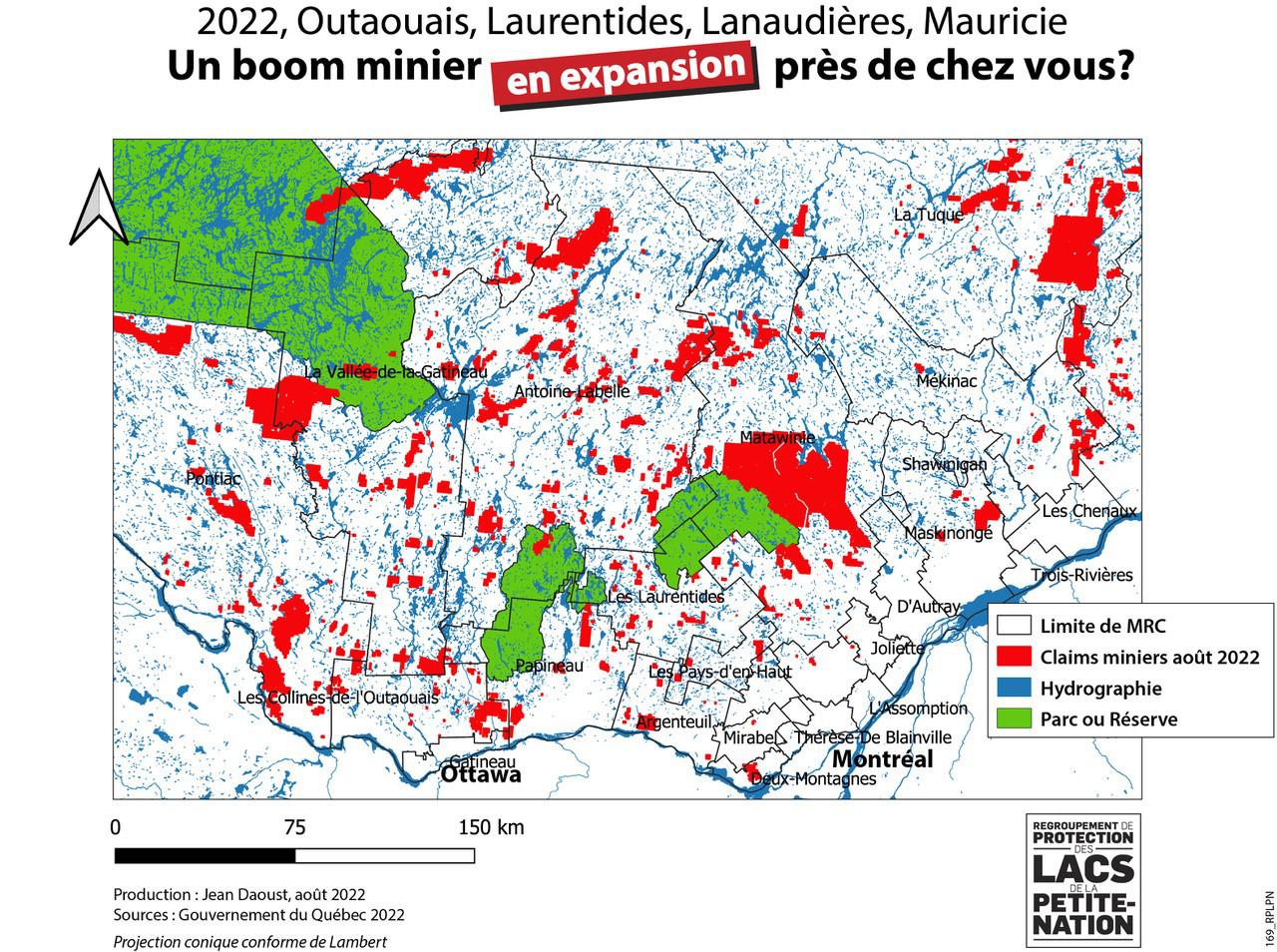 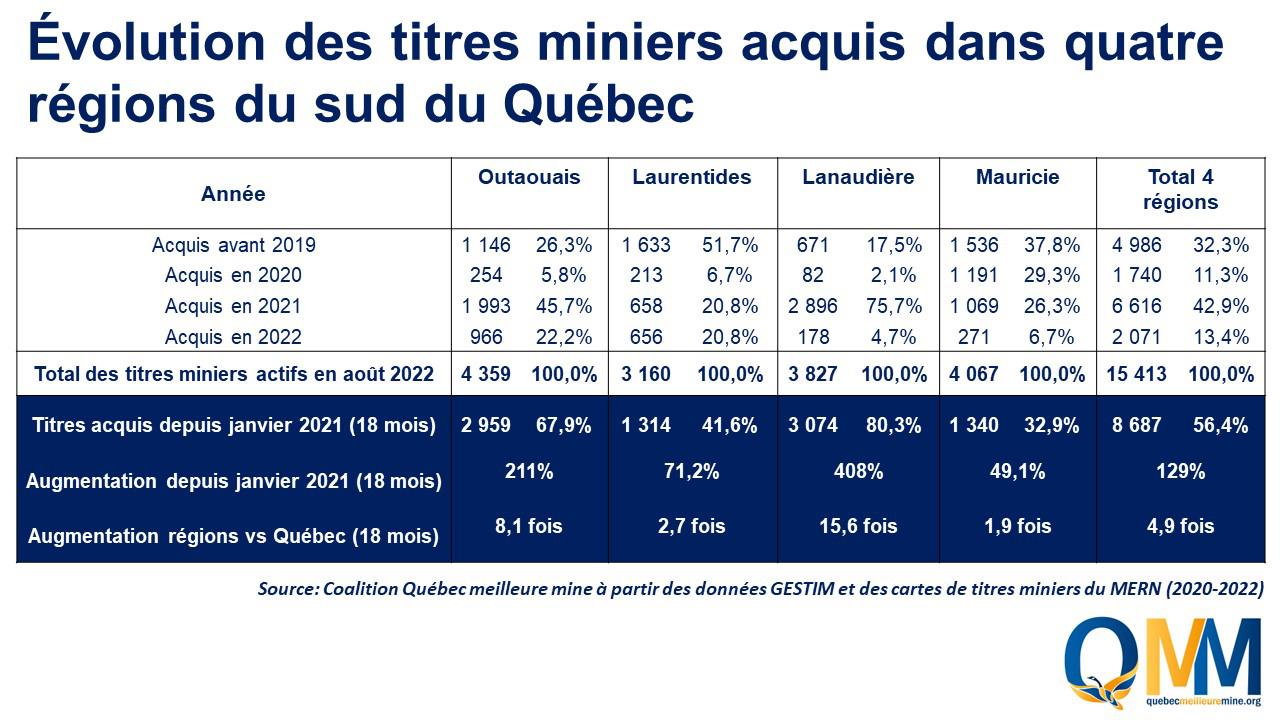 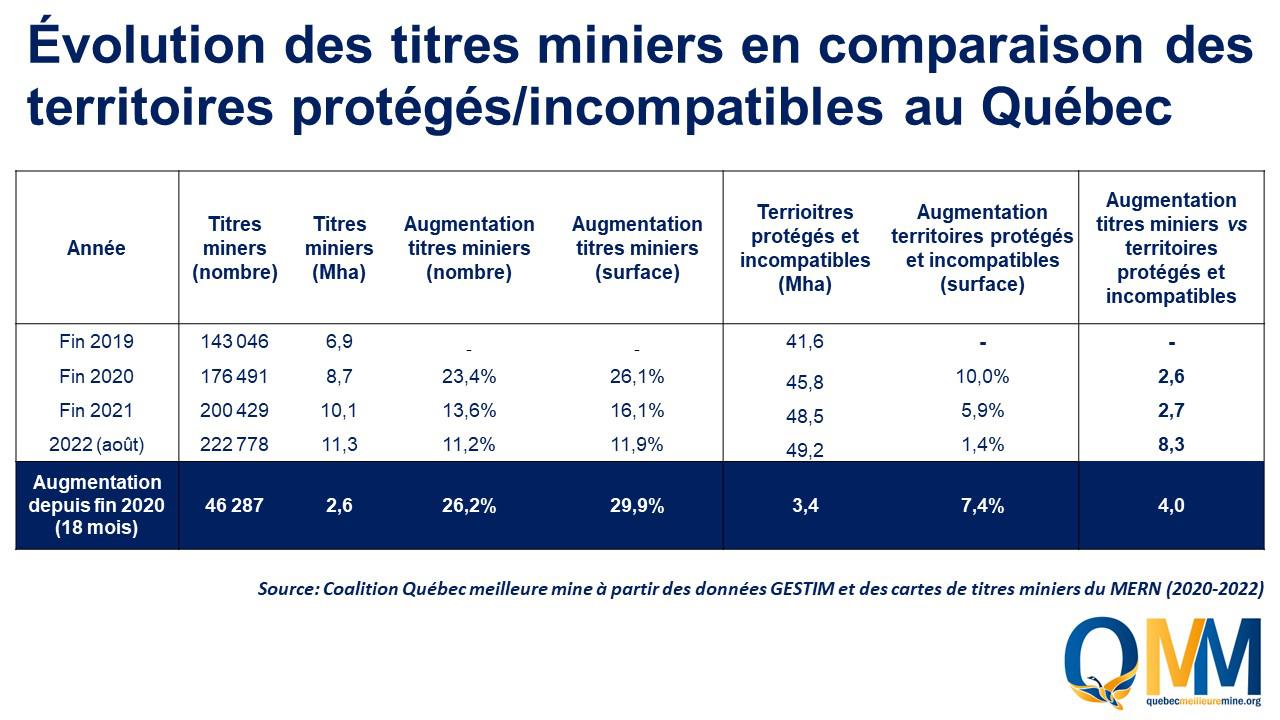