Pressure is on to start mining the deep sea. Is it worth it? 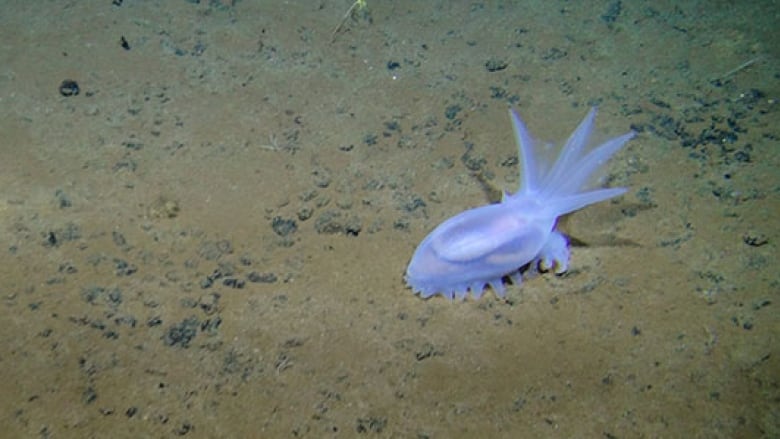 A sea cucumber is seen on the deep ocean floor in the Clarion-Clipperton Zone, an area of the Pacific Ocean where mining companies want to exploit polymetallic nodules rich in cobalt, nickel, copper and manganese. (Diva Amon and Craig Smith/Abyssal Baseline Project)

A battle is brewing over the future of the ocean floor that pits the fate of this little-known ecosystem against humanity's demand for critical minerals — and a Vancouver company is leading the charge.

The Metals Company (TMC), formerly known as DeepGreen Metals, wants to mine potato-sized rocks known as polymetallic nodules, which contain metals in demand for electric vehicles, solar panels and more.

These nodules lay on the sea floor, some four to six kilometres below the surface and outside the jurisdiction of any country, where the regulatory body, the International Seabed Authority (ISA), has issued exploration permits but never allowed commercial mining.

Despite more than a decade of discussion, the ISA hasn't yet created regulations to let deep-sea mining happen.

But last year, the tiny Pacific Island nation of Nauru, in partnership with TMC, triggered a U.N. treaty provision called the two-year rule that will force the ISA to establish regulations or "provisionally" allow mining anyway in less than a year from now — by July 9, 2023.

While TMC and other firms eager to mine argue deep-sea metals are urgently needed for the clean-energy transition, those opposed — including environmental groups and a trio of Pacific nations — say moving too quickly is likely to risk a sea floor ecosystem that's been millenia in the making.